Coming up on The River this February 2018:

Friday 2 February 2018
Episode 5
Andile’s two lovers meet for the first time. Meanwhile, Happy gets his hands on some explosive information.

The Mokoenas are the talk of the town after what Cobra did at Thato’s funeral. Later, Happy gets the upper hand on Lindiwe and Zolani.

Lindiwe offers Flora a generous gift. Andile surprisingly calls off his affair. Later, Cobra is in for a nasty surprise.

Lindiwe is on cloud nine as she unveils the diamond to the press. Later, Tumi might have found a way to save Cobra’s skin.

Tumi gives Lindiwe no choice but to help her. Meanwhile, Happy is heartbroken and Zolani sees something he shouldn’t have.

Tumi suspects foul play in her father’s death and later Zolani finds something he’s been looking for, for a long time.

Cobra and Tumi get the confirmation they’ve been waiting for. Later, Lindiwe and Zolani are under pressure to act fast.

After she learns the truth about her father, Tumi does the unimaginable to get close to the enemy.

Lindiwe is eager for Andile to take the next step with Faith. Elsewhere, Tumi and Zolani get close.

Tumi gets a seat at the Dikana table, but it’s not all roses and glitter. Tumi breaks into Lindiwe’s car and gets a surprise encounter.

Monday 26 February 2018
Episode 21
Paulina unknowingly gives Cobra a dangerous plan. Question is will he go through with it?.

Lindiwe’s anniversary night turns into her worst nightmare. Later, Zolani and Tumi’s union gets more serious by the minute.

Cobra is punished when he tries to provide the police with proof. Later, Zolani is faced with an impossible task.
The River airs on 1 Magic Mondays to Fridays at 20h00. 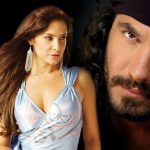