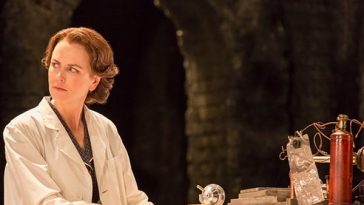 <![CDATA[ <p>There are very few woman scientists in history, known to have made great discoveries and inventions. This leads to the misconception that the contribution of woman in science is very meagre. The fact is, woman had made amazing discoveries only to have them robbed by men and hidden by a male dominated society. This article throws light on some of such discoveries.

10. The Structure of DNA

In the year 1962, Scientist Francis Crick was awarded a Nobel Prize for discovering the structure of DNA, along with James Watson and Maurice Wilkins who worked with him on the endeavor.

Rosalind Franklin from Britain played a vital role in the discovery of DNA structure and her observations were highly critical for Crick and James. Sadly, she passed away four years before her fellow workers received the Award. Her colleagues who made use of her observations left her un-recognized and stated that she was insignificant in the discovery and not eligible to be honored.

A study on her career history showed that even if she was alive, she would not have been recognized for her mind-blowing works. (reference) In the year 1967, Jocelyn Bell Burnell, who was then a Cambridge University Student in England, discovered Pulsars.

A pulsar is a Pulsating Radio Star which is a highly magnetized, rapidly rotating neutron star which emits regular pulses of radio waves and a beam of electromagnetic radiation.

This great finding was chosen for a Nobel Prize – the Award in Physics (1974). However, it was given to Anthony Hewish, who was Burnell’s supervisor and Martin Ryle, who was also a radio astronomer at Cambridge University. Esther Lederberg who is well known for discovering a virus called ‘Lambda Bacteriophage’ that infects bacteria, also played a significant role in the discovery of ‘Replica Plating’.

Joshua Laderberg was Esther’s first husband, who worked with her in discovering Replica Plating – a way to transfer bacterial colonies from one petri dish to another. This discovery led to the study about antibiotic resistance.

Joshua Lederberg was awarded 1958 Nobel Prize for physiology or medicine for the discovery of Replica Plating and it was shared with George Beadle and Edward Tatum.

7. Disproving The Law of Parity Chien-Shiung Wu was one of the best experimental physicists in the 1940s. She was recruited by the Columbia University for the Manhattan Project and for researches on Radiation Detection and Uranium Enrichment.

This milestone was chosen for 1957 Nobel Prize and was awarded to Yang and Lee and not Chien-Shiung Wu, though her contribution was critical.

Meitner completed her doctoral degree at the University of Vienna and shifted to Berlin in the year 1907, where she started working with the chemist Otto Hahn.

Hahn conducted experiments that provided some supporting evidence for the idea of nuclear fission. However, he was unable to come up with proper explanation. It was Meitner who came up with the theory.

Hahn won the 1944 Nobel Prize in chemistry for his contributions to Nuclear Fission, while Meitner was left un-recognized. Henrietta Leavitt’s discoveries laid the foundation for many scientific studies about the Universe. Leavitt’s work started in the Harvard Laboratory where she was assigned the task of cataloging stars for her male supervisors and superiors.

READ ALSO:  How to Create Content that Deeply Engages Your Audience

While carrying out her work, Leavitt noticed a relation between the brightness of a star and its distance from the Earth, which resulted in the idea called as the Period-Luminosity Relationship. Great astronomers and physicists like Harlow Shapley and Edward Hubble then made use of her discovery for their works. The Harvard director literally denied granting her the well-deserved recognition. Mittas Leffler finally identified her in 1926 for a Nobel Prize, while she already passed away. At last, Shapley received the prize with pride. Ida Tacke made valuable discoveries in the fields of chemistry and atomic physics which were totally ignored until they were “re-discovered”. Firstly, she found two new elements, rhenium (75) and masurium (43). Though she was credited for the discovery of rhenium, notice that there is no such element known as masurium at atomic number 43 on the current periodic table. This is because it was then rediscovered as technetium by Carlo Perrier and Emilio Segre.

She also worked on Fermi’s theory and discovered that the particles can be broken down when bombarded by neutrons to release mass energy. Her findings were constantly ignored by her male colleagues. However, Fermi was awarded the Nobel Prize for “his discovery” that new radioactive elements were produced during neutron bombardment. Cecilia Payne discovered what elements made up the stars. A man named Henry Norris Russell, who was in charge of reviewing her work, strongly advised her not to publish the article. The reason he gave was that the subject matter is quite different from standard knowledge and there are high chances of rejection. Interestingly, four years later he discovered what particles made up the sun and published his own paper. He took full credit for the discovery. Payne was later “lucky” to be awarded with the Henry Norris Russell Prize for her contributions towards astronomy.

READ ALSO:  10 Crazy Things That Happen If You Don’t Get Enough Sleep Rubin observed that stars on the outer parts of galaxies had an orbiting speed that matches that of the stars in the center part of the galaxy. This was quite an abnormal observation at that time since it was thought that the strongest gravitational force existed in the place where most mass was and that the force would decrease farther out.

Her observations confirmed a hypothesis made earlier by Fritz Zwicky that said some invisible dark matter scattered in the universe kept their orbitals up to the speed. Rubin was able to prove that 10 times more dark matter existed than thought before, with around ninety percent of the universe filled with it. For so many years Rubin’s observations were left un-recognized by her male colleagues, though there were strong evidences supporting the discovery. We all know that our sex is determined by the chromosomes X and Y. This great discovery is credited to Thomas Morgan, though it was actually from a woman named Nettie Stevens. She conducted experiments in mealworms for her findings. Though Morgan worked with her, most of the valuable observations were independently from her. At last, Morgan received the Nobel Prize which should have authentically gone to Nettie.