10 Most Poisonous Plants on Earth you Need to Stay Away From. Mother Nature is mysterious; at times it is benevolent like real mother but some other times it gets as tough as it can get. Life is beautiful and in order to protect it, nature has developed a defence mechanism into all living beings. Some of the living species have developed a defence system, which is vicious enough to prey and kill when needed.

Generally speaking everybody is scared of spiders and poisonous snakes, but little do they know that there are beautiful looking plants and flowers that can be as poisonous as snakes or spiders, it is reported that there are more than 100,000 people who get affected by poisonous plants every year. Following are some of the most dangerous plants that you need to stay away from.

These are beautiful looking purple flowers that originate from Japan, some parts of USA and China. The Wisteria trees are strong enough and can get as tall as 30 ft. and have a circumference as large as 60 ft. While the flowers on it look quite charming, it is believed that whole plant is quite toxic; consuming any part of the shrub can cause the following:

The medication however is simple and you will be fine taking some anti-nausea medication.

This is a perennial plant that usually twins around trees to a height of 20 ft. The plant is characterized by 1.5 inch long pods that are pea-shaped and they normally split open to reveal red seeds. The plant’s seeds are extremely toxic. Actually, a single seed can produce adequate poison to kill a human. The seeds produce abrin, which is among the most powerful poisons known to man. Symptoms of poisoning include: This is a Phanerophyte shrub that with a stem that grows up to 13 ft. The plant’s flowers are calyx densely glandular in the inside and the pods are reddish-brown. The plant is distributed in the following areas: deserts and extreme deserts, semi-steppe shrub-lands, shrub-lands and Mediterranean woodlands. The flowers, seeds, leaves, latex, bark and roots are all poisonous. Consumption of any of the stated parts may lead to This is a beautiful evergreen plant that originates from tropical America. The plant grows up to 23 ft. and it flowers all year round. All parts of the shrub are toxic because of the presence of the cardiac glucosides, which the body selectively concentrates in the heart muscle. Of all the parts, the seed kernels are known to contain the highest concentration of poisons. The ingestion of the plant parts causes:

These are dark-blue flowers with straight and tall stems. The plant itself originates from the mountainous areas of Europe, such as Switzerland. The plant favours moist environments of the alpine meadows. The most poisonous sections of the plant are the roots, particularly the roots of the European Aconitum napellus. Victims of this plant’s poison do present a combination of gastro-intestinal, cardiovascular and neurological effects. General symptoms include: The castor bean plant originates from East and Northeast Africa to the Middle East. The plant grows from 3 to 30 ft. tall. The plant has distinctive leaves, which are usually 4 to 30 inches wide. The round fruit is covered with soft bristles with tick-shaped seeds referred to as beans. The seed coats contain lethal toxin referred to as ricin, which is one of the most poisonous compounds known to man. Ingestion of the poisonous parts causes:

These are small shrubs and trees that originate from Central and South America. The plant bears greenish white flowers and white berries. When unripe, the plant’s berries produce solanine. The above mentioned release damages the lining of the digestive tract and depresses the central nervous system when ingested. Solanine poisoning causes: The Chinaberry originates from tropical Asia. The plant grows up to 60 ft. tall with wide spreading branches. The fruits are golden ½ inch balls, which hang from the plant throughout the fall and winter. The seeds normally taste sour and nauseating. All parts of the plant alkaloids. The plant contain unknown toxin that damages the human digestive system when any part of the plant is ingested. The fruit is predominantly poisonous, but the roots, flowers, bark and leaves are potentially toxic. When ingested, the poison causes:

As poisoning progress, the victim may experience dilated pupils, and may be unable to talk.

This plant is a member of the parsley family and it grows to a height of 2 to 6 ft. The plant mostly grows in moist waste areas and has a root stalk that resembles a sweet potato. The stem is hollow and coarsely spotted with red splashing. The leaves are large and wide spreading. The flowers and leaves of the plant can easily be mistaken for those of carrots and parsnips. When ingested, poison hemlock can cause:

Many poisonous plants look like their edible counterparts. For instance, poison hemlock appears similar to wild carrot. Your best chance of avoiding poisonous plants is to be able to identify such plants with absolute certainty by using the aforementioned information. 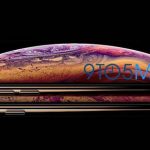 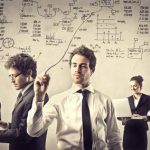