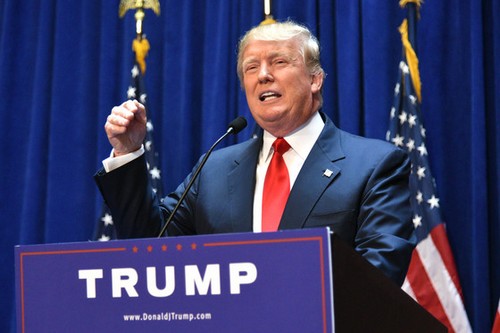 <![CDATA[ <p>It has been a while since paranoia hit the American bourgeois. Moving to Canadawas the most popular amongst searches on Google this year in America. The reason was the chance of Donald Trump becoming President of The United Statesor POTUS. Yet, the Americans need to calm down. This goes for even the Muslims. Below are a few reasons to address the nerves, possibly trying to bring down the adrenalin pumping high. 10. Things have been worse

People seem to have forgotten the forefathers of America. Those who dropped a weapon of ass destruction of Hiroshima and Nagasaki. The 1960s and the Civil War don’t need a memorial service to make people remember that worse times had been and will be. When Trump said that the elections are rigged, he didn’t mean to say that against himself. He was actually calling the whole system rigged. Everything from the media to the politicians who backed or did not back him as a President. Obviously, when people like Trump become the President- the system is to be blamed for that. Yet the same can also be said for Sanders, who was one of the most appropriate people for the job, possibly, losing against Clinton.

Mainstream media has a big role to play in the game. While they all seemed to be biased towards Trump, the strategy actually backfired. They pushed people in the wrong direction, let’s assume wrong for the sake of their intention, and they ended up voting for Trump rather than hating him. It was actually a rejection of the media game that was being played in the whole of this election. We could clearly observe that they favoured Clinton more than they liked Trump so even if it was balanced, there was a certain tilt towards the former. This could have offended people.

Everyone wants change. People are sick of wartime and being neighbours of virtually every country in the world. If they have been promised a “change” then they have taken it. Clinton would have bombed more Muslims while Trump only wants to ban them. While the US has been making pebbles out of stone mountains in Afghanistan and other countries for almost two decades now, nobody wants more war. If Trump in the office means that you are all going to have some greater time of serenity around you then that couldn’t be bad right?

READ ALSO:  Top 10 Places with the Most Beautiful Girls in the World

People… this is a democracy we are talking about. In fact, the USA claims to be a role model in democracy for the world. That is the slogan which it used to strike Iraq and that is what it longs for in Syria, Egypt etc. So the government in the country runs in a way that makes it impossible for the person to be a dictator. Though POTUS has some power under constitution, there are still strings attached. So let’s just assume that Trump wants to kick out all immigrants- there will be a lot to do before AND after the purge. People might begin pointing out that there are other matters to be addressed.

6. Trump will be nice

Trump has been a celebrity in his time. Though we don’t approve of the stunt he pulled off at a wrestling show- he was still popular. How he became a presidential candidate is the fault or blessing of the system. You can’t blame Trump alone for what he is. Besides that, he is going to behave on state dinners. He will not create a wall against Muslims nor would he pass rude gestures to Iraq. He is not lame-brained. Outrageous and outspoken sometimes yes, but not lame-brained. From what we can assess about his policies, he and Putin will hate each other but they would do it respectfully. There will still be movies about Russia making moves in America though. That won’t change!

5. One third of the equation

The POTUS is one third of the whole equation- with an armed force though but it’s still less than half. Hillary Clinton is the military queen while Trump actually insulted a Goldstar family. That does not mean he doesn’t respect the forces but his reliance could be a bit lesser than Clinton’s would have been. Trump believes in the exceptionalism of America and he wants America to be more than what it is. Instead of making the world hate the country, he is more likely to bring something good to its name. Maybe it is the stardom which makes him eligible to do that as he knows the inside dynamics, who knows?

Though he might not really build a wall physically, his policies might be heading that way. Still, couldn’t Americans do with a little less Mexican food? Maybe the obesity levels of the nation could drop to a level where the teenagers won’t have to fuss over dieting and workouts to the level of dropping and collapsing. A little less stories of a helpless pregnant Mexican woman left on the borders of the U.S and Mexico would do us all some good. What do you think?

Trump and ISIS will be in competition. That is going to make Trump hit them hard. ISIS is rich, they are self sustaining because of the oil and electricity that they sell and they have built a hotel too. So they are now in direct competition with Trump and for some time, the ISIS is not going anywhere. Trump has a powerful personality and he is quite full of himself. That is a combination which is best suited for politics so he is going to run the country in a good way with respect to the fact that he can’t be bought. He is already rich!

Tom Hanks, the 60 year old Hollywood actor that appeared in Cast Away, said that “America will be fine even if Trump wins.” That was before Trump had won though. Like many other people who have commented on elections, Hanks too believes in the American system. He said that the Americans have it in built in the DNA that they are not perfect and they have to strive for more and for better. This makes them move on and go on. That is what is going to happen even if Trump wins. The nation as a whole has dodged many bullets, many times so it should be fine even now. Trump is extremely rich and he has built an empire that is financially successful. Maybe he is the person who could make America turn around from the fiscal problems. Though we have our reservations why a head of state should not be a businessman, but at a place like the US where the law is mostly upheld at the basic level, things should be fine.

Trump has promised not to let his people down. In his first speech as the elected President he exclaimed that he would live up to the promise that was inked all over the red and white baseball caps, “Make America Great Again”. He is sensible enough not to put a stress on the labour market by not purging the US of all illegal immigrants. Moreover, he has slashed his first term timeline to just a day exclaiming that the first day of Presidency will be a “very busy day”. His trade policies will involve trying to close borders to free trade and earn what can be earned through tax. He plans to bring business back to the U.S while his own ties are made in China. Still, the first 100 days will show quite an episode of what he is going to do.

People must admit it that whenever he made a fool of himself, it was about his private life, comments of personal nature and so on. That does not define how he is going to be as a President. This has been depicted in the majority vote that has fallen into his share. Americans ought to trust their system and see where the wind wane points.