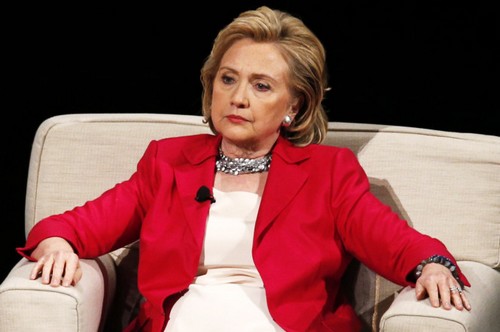 <![CDATA[ <p>2016 U.S presidential election has been attracted a lot of controversies. Both major party candidates (Trump and Hillary) are considered the worst and least popular candidates nominated in a long time. But due to apparent media bias, people know quite too much about Donald Trump, while very little about Hillary Clinton. She has very long history of controversies and achievements, which we’re going to about today.. Yes, that’s right, she’s a Grammy award winner. In 1996, Hillary wrote a New York Time’s best selling book “It takes a village: and other lessons children teach us”. That book earned her Grammy award for best spoken word album in 1997, for book’s audio recording. Apparently, Bill Clinton inspired by her and went on to earn two Grammy’s in the same category. Back in 1973, when Hillary Clinton was just 26 years old, she attempted to join Marines, but instantly got rejected. From her side of story, her age (according to her she was too old), poor eye sight and the fact that she was a woman contributed to the rejection. But obviously, it turns that that she was lying. Many marine officers have since come forward, claiming that at that time marine force was extremely desperate to hire lawyers. And the fact that she was lawyer might have been enough to not get her rejection. She probably made the whole story up.

8. She Was Once Republican Today Hillary Clinton is the candidate of Democratic party and even have a very good chance to become President of United States, but she was once Republican before switching party in 1968. She even campaigned for Republican candidate Barry Goldwater in the U.S presidential election of 1964. Many rich people out there do not drive cars on their own. But most of them, perhaps do drive every now and then to keep their driving skills fresh. But Hillary Clinton on the other hand, hasn’t driven any vehicle since 1996. Undoubtedly, their marriage has been around countless controversies in the past. But the interesting part is, she almost didn’t marry to former U.S president Bill Clinton. She rejected 3 proposals of Bill Clinton, until he bought a house that she once said she liked, and then he proposed her again then she said yes. Apparently, that marriage changed her life on many levels, so much so, she’s now running to become President of United States.

5. She Has Many Firsts Everyone knows she’s the first woman in American history to be nominated for presidential election by a major party, and might become first female president of United States, but other than that she has many other firsts. She’s the first “first lady” ever to earn post graduate degree, finger printed by FBI, won Grammy award, became senator of New York, running for Presidential election and many more. There’s a big controversy going on around Hillary’s health state. But according to conspiracy theorists, she might be very ill. Multiple videos on YouTube have emerged showing Hillary Clinton unable to speak at rallies. Most recently, a cellphone video came out, where she was clearly unable to walk and even stand on her own, her security guard was helping her to reach her private car. While many people have claimed the she simply has pneumonia, but that might not totally true. Perhaps she’s hiding something way worse than pneumonia to avoid having negative effect on votes.

3. Perhaps Has Mental Illness Too Many religious people claim to have talked with angels and many spiritual figures, but Hillary took one step further claiming to have conversed with ghosts. She claimed that she has taken some advice from former first lady “Elenore Roosevelt”. But Elenore Roosevelt wasn’t the only dead person she spoke with, the other one was “Gandhi ” (she literally took it too far). As much 46 people close to Hillary Clinton have died in bizarre circumstances in a course of year. While it would unfair to blame her because she’s a popular politician and meet multiple people on daily basis. But most notable case that sticks out is of John Ash. The former U.N general assembly president died from Apoplexy after he dropped dumbbell on his neck, right before he was going to uncover Hilary’s illegal donations for their election fund. Most of you might already know about email controversy but I’m gonna tell it anyway, for those who don’t. In early 2015, it was revealed that Hillary Clinton used private email server to send emails while she secretary of state, and send some emails considered classified. She was suppose to official state department sever which much safer way to move classified information. Soon after, FBI launched an investigation and found out, 113 emails contained information which was classified at the time, 65 emails contained secret information and 22 were top secret. But it only got worse, when she deleted more than 30,000 emails in an attempt to cover up the use of unauthorized server.