On Thursday, US President Donald Trump reportedly referred to Haiti, El Salvador, and several African countries as “shithole” countries in a meeting with politicians, the Washington Post reported.

The president had been discussing immigration policy with the lawmakers and suggested that the US focus on bringing in people from countries like Norway over those from African countries.

“Why are we having all these people from shithole countries come here?” Trump reportedly said, comments which the UN condemned as racist on Friday.

This is not the first time the president has allegedly made such comments. In a meeting with cabinet members and administration aides last year, Trump reportedly advocated against more open immigration policies, saying that all Haitians have AIDS and that people from Nigeria would refuse to go back to their “huts” if allowed into the US, according to the New York Times.

But the idea that the entire continent of Africa is a disease-ridden land of “huts” is a myth, and a dangerous one at that.

Here are 15 other debunked myths about African countries.

1. Africa is poor, and always will be.

DJ Paco (Papis), a DJ and rap artist from Mauritania. Photo by Philippe Sibelly, The Other Africa.

Yes, 47% of people in Sub-Saharan Africa live on less than $1.25 a day, and this is a scandal. However, this number is falling, and things are getting better. One in three Africans are defined as ‘middle class’, and whilst many Western economies are in crisis, Africa’s economy continues to grow. Did you know that 6 of the 10 fastest growing economies in the world are African?

2. Africa is all savannah and wild animals.

In 2014, Delta airline, a major US carrier, made a huge mistake on social media. Whilst congratulating the US World Cup team on a victory over Ghana, they used a photo of a giraffe to represent the African nation. Unfortunately for Delta there are in fact no wild giraffes in Ghana, and the Twitter community was quick to alert them to this.

Oh dear, @delta. There isn’t even a single wild giraffes in Ghana. pic.twitter.com/oDsA1mA2RJ

That Delta giraffe pic is from Getty Images and it’s from the Masai Mara National Reserve. In KENYA http://t.co/XV9t8Ig8mk via @YAppelbaum

If you’re gonna talk about something at least take 10 seconds to study it a little. @Delta Africa is not a big bush full of wild Animals.

This is the boolsheet us Africans gotta deal with. There are no giraffes in Ghana, you narrow-minded nincompoops! @Delta FAIL!

Slammed by accusations of racism and stereotyping, Delta have since apologised for the image used. However, this highlights how widely such stereotypes are still accepted and perpetuated in Western media. Yes, there are a whole host of exciting wild animals, and gorgeous savannahs, in some regions of Africa. However, there are also huge cities, rolling beaches, historic ancient monuments and more. One region of Africa is not identical to another, and we shouldn’t stereotype a whole continent in this way.

Band Aid may be a classic festive hit, but next time you find yourself singing ‘there won’t be snow in Africa this Christmas time’ remember that Africa is a diverse continent with a huge variety of landscapes and temperatures. Take a look, for example, at this stunning snowy landscape on Mount Kilimanjaro in Tanzania!

Technology in Africa is actually an incredibly fast growing market, with many global technology giants making big investments in the continent. Did you know that people in Kenya are 4 times more likely to own a mobile phone than to have access to a toilet or latrine? As of 2013, 80% of African people had access to a mobile.

Mobile technology is also being used in very innovative and exciting ways to help end extreme poverty across Africa. Check out this story of mobile insurance creating financial stability for people in Ghana!

5. In order to develop, Africa should become like the West

Tana River, in Kenya, is one source of the country’s hydroelectric power. Image credit: Bedford Biofuels

There are so many arguments against this presumption. Let me focus on one – many African countries are far ahead of Western countries in terms of sustainable energy use. Both the UK and the US source only 11% of their energy from renewable sources, less than Kenya sources from geothermal activities alone (13% of Kenya’s energy consumption). Meanwhile, a staggering 50% of Kenya’s energy comes from hydroelectricity. In terms of long-term sustainability, shouldn’t we be looking to Kenya for some answers?

6. There’s no arts industry in Africa

Every year, more films are made in Nigeria’s Nollywood than in the US’s Hollywood. FACT.

7.Africans do nothing to help themselves

Dr. Hawa Abdi and her daughters. Together they have helped over 90,000 women & children in Somalia. Photo from the Dr Hawa Abdi Foundation.

The stereotype of African people as helpless and dependent on Western help is one that has been built by decades of well meaning but arguably dangerous charity advertisements in the West. Bombarded by images of sad, dirty children with eyes that call you to urgently donate money, it’s no surprise that this is a common belief. The debate around how development charities should advertise is a complex one, but these photos often ignore the fact that African people can and do help themselves.

In 2010, Africans who lived outside the continent sent $51.8 billion back to Africa. Meanwhile, $43 billion was sent in aid from Western countries, known as Official Development Assistance (ODA). Yes, you read that right – African people who now live outside the continent send more money back to their families than the whole Western world sends in aid.

There are also countless examples of grassroot projects established by African people, for African people. One is Hawa Abdi, an incredible Somalian woman who established a health clinic in the 1980s. It’s now grown to encompass a school, refugee camp and hospital for over 90,000 women and children made homeless in the war. Incredible, huh?

8. ‘African’ is a language (and African people don’t speak English)

A student at Cambridge University challenges African stereotypes. Photo from Tumblr (We Too Are Cambridge)

There are over 2000 languages spoken across the African continent, and ‘African’ is not one of them. This is the equivalent of presuming that people who live in Europe speak ‘European’. English is also an official language in 24 African nations and taught to a high level in schools across the continent.

9.Africa’s not that big

This is the real size of Africa. Pretty big, right?

This brilliant video by Mama Hope is made by African men, dispelling myths about themselves. Pretty cool, huh?

11.Everyone in Africa has AIDS

At the end of 2013, Justine Sacco, a PR director from InterActiveCorp, posted this tweet just before boarding a flight to South Africa. Understandably, the world’s reaction escalated quickly from disbelief…

…to strong accusations of racism.

Oh. Hell. No. Did this Justine Sacco person just say that? Did she really fix her keyboard to type that mess? Whyyyyyyyy? You racist bitch!

After a worldwide twitter storm hit Justine, she did apologise for her remark. However, this appallingly insensitive tweet represents a terrible stereotype that is all too common. Not everybody in Africa is sick. Furthermore, we should treat those who do suffer from HIV, or any other illness, the way we would want to be treated – with dignity and respect.

12. All governance in Africa is bad.

Ellen Johnson Sirleaf speaking at the opening of Libera’s first tuition-free girls’ school, the More Than Me Academy. Photo from More Than Me.

Let me dispel this myth with an example of one leader who is making incredible progress for her country. The current President of Liberia, Ellen Johnson Sirleaf, is an inspirational woman who is leading Liberia out of the devastating damage caused by civil war, and kicking ass at it. President Sirleaf was awarded the 2011 Nobel Peace Prize for her “non-violent struggle for the safety of women and for women’s rights”, and listed by Time as one of the top 10 female leaders in the world.

13. Everyone in Africa lives in a mud house in the middle of nowhere.

Where would you guess this city is? The US? Europe? Asia? Nope – this is Lagos, in Nigeria, and it has a population of 21 million – more than double that of urban London! In 2008, 39% of the African population lived in urban areas, and this is rapidly increasing.

14.There’s no partying in Africa

Before I first visited the continent, I never thought about Africa having parties, bars or clubs. I presumed they just didn’t exist, but boy was I wrong! Having spent nine years of my life working with
Nakuru Children’s Project
in Kenya, let me tell you that most of my Kenyan friends know how to party hard. And by partying I don’t just mean pubs and clubs – I mean finding a reason to sing, dance and celebrate at any time of day!

This satirical meme reminds us of the common humanity that we all share, no matter where we’re born. Every 60 seconds bad things happen all over the world, not just in Africa. But an awful lot of good things happen too! 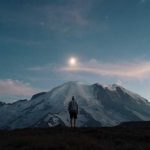