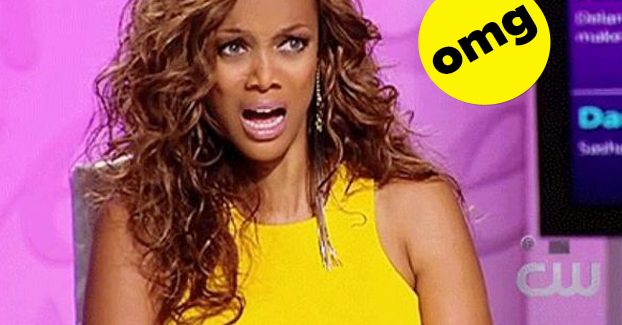 “My husband and I were going at it against a wall in a dark room when suddenly his thrust caused me to bump into the light switch. As light came flooding in I looked him dead in the eye and said, ‘Let there be light!‘…Needless to say we didn’t finish that night.”

“So I was dating this guy while living with my grandparents. I was feeling like a Blizzard from Dairy Queen so my grandparents drove to get one while my boyfriend and I stayed home and ‘watched a movie.’ We started having no-blankets-on, bare-ass-naked sex, and all of the sudden I heard a ‘WOAH guys!’ My grandpa was standing in the doorway holding two Blizzards. We scurried under the blankets, he walked over, handed us the Blizzards, and left.”

“My friend set me up with this guy who was very handsome but not my style at all. We decided to have a picnic at a park, which was kind of romantic. He went in for a hug, and I let him. He looked around and there’s no one around … Two seconds later this guy whipped off his skin-tight jeans but keeps his huge cowboy boots on. I do not know how the boots stayed on to this day. Horror of all horrors he had a leopard thong on! I said hell no, found the nearest payphone and had my cousin pick me up.”

“My boyfriend (now ex) and I were fooling around and he was feeling me up down there. He then proceeded to stick his finger up my butthole, completely missing my vagina. It was his first time but I still don’t understand how you miss. I didn’t know what to do so I kinda sat there awkwardly with his finger up my butt for a good 10 seconds.”

“I was on a night out with my best friend, and at the end of the night we both decided to go and get food. While getting a sandwich, I started speaking to this guy and when we hit it off invited him back to my place. We started hooking up and because of the mixture of alcohol and a meatball sub, I started to feel quite sick. When I went down on him, I ended up throwing up all over him. Somehow we ended up dating for nearly eight months.”

“Everything was hot and steamy and romantic while hooking up with my boyfriend…until I let out a huge queef on his dick. While he was inside me. It sounded like a deflated balloon. We both started laughing and then continued but I don’t think I will ever live it down. We still talk about the noise my vagina made to this day.”

“We were going for round two in the early morning the next day, only for him to look down and see a bunch of blood…I was mortified! My period had came a week early. After showering, and laying in bed, my boyfriend said, ‘It was like a shark attacked my dick!‘ I feel that’s when I realized he was a keeper.”

“He was wearing a condom too small for his dick, and he stopped right in the middle of having sex because the condom was cutting off circulation to his dick. When he took the condom off, his dick had been turning blue from the lack of circulation. He almost passed out when he saw it. He made me ‘massage’ his dick and we did not finish having sex that night.”

READ ALSO:  Meet this professional beggar who earns in lakh and lives a luxurious life

“My (former) boyfriend and I started fooling around while we were in one of those huge two-people hammocks while on vacation in Mexico. Mid-romp, the hammock busted and I fell, shoulder first, into the tree stump under the hammock net. I spent two days in a Mexican community hospital and left Mexico with a fractured arm, no tan, and enough shame to last a lifetime.”

“I lost my virginity when I was 21 years old. The guy kept telling me how big he was and how lucky I was (spoiler: if he keeps telling you, it’s probably not true). During the sex, he paused to put on a documentary for us to have as background, but he made comments on it in the middle of it. When it was over, he pulled a bottle of vodka out from under his bed along with a jug of Sunny D. He handed me the Sunny D and proceeded to chug from the vodka. To this day, I can’t drink Sunny D without remembering.”

“So my first online boyfriend and I were going to have phone sex for the first time. My mom wasn’t there at home and I started screaming and making loud moaning voices while on the phone with him. After five minutes, I heard a knock on my door, and I freaked out because my mom had returned. I was so mortified I went to the bathroom and didn’t get out for one hour, just sitting there facepalming. We have never spoken of that incident ever by the way.”

“I was hooking up with my brother’s friend, and he started going down on me, getting ~really~ into it. When he finally came up for air, he tried to say something but literally couldn’t speak! He couldn’t move his jaw! We spent hours massaging his face to try to get rid of his lockjaw but nothing worked. So at like 6 a.m., I had to call an ambulance and, when they inevitably asked, claimed that he had ‘yawned too widely’ and dislocated his jaw! When we got to the ER, the doctor had to yank his jaw back into place.”

“I once had sex in a changing room at the mall. When we finished, there was a *mess* on the floor. We had nothing with us to clean it up, so I hope no one bought the jacket we used on the floor.”

And the reminder to always check:

“I was so intoxicated I ended up having sex with a tampon in and didn’t realize it. The tampon was literally inside of me for 19 days until my vagina was so swollen it hurt to walk. I took a bath to calm down and decided to investigate because there is no way I still had a tampon inside. Well, I dug around and pushed out a tampon that was dark blue and had the most disgusting smell I’ve ever smelled.”