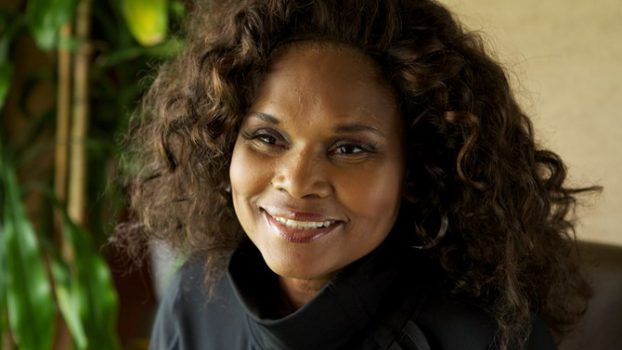 <![CDATA[ <p class="story-body__introduction">My 25 years as a prostitute – Brenda Myers-Powell was just a child when she became a prostitute in the early 1970s. Here she describes how she was pulled into working on the streets and why, three decades later, she devoted her life to making sure other girls don’t fall into the same trap. Some people will find Brenda’s account upsetting.

Right from the start life was handing me lemons, but I’ve always tried to make the best lemonade I can. I grew up in the 1960s on the West Side of Chicago. My mother died when I was six months old. She was only 16 and I never learned what it was that she died from – my grandmother, who drank more than most, couldn’t tell me later on. The official explanation is that it was “natural causes”. I don’t believe that. Who dies at 16 from natural causes? I like to think that God was just ready for her. I heard stories that she was beautiful and had a great sense of humour. I know that’s true because I have one also. It was my grandmother that took care of me. And she wasn’t a bad person – in fact she had a side to her that was so wonderful. She read to me, baked me stuff and cooked the best sweet potatoes. She just had this drinking problem. She would bring drinking partners home from the bar and after she got intoxicated and passed out these men would do things to me. It started when I was four or five years old and it became a regular occurrence. I’m certain my grandmother didn’t know anything about it. She worked as a domestic in the suburbs. It took her two hours to get to work and two hours to get home. So I was a latch-key kid – I wore a key around my neck and I would take myself to kindergarten and let myself back in at the end of the day. And the molesters knew about that, and they took advantage of it. I would watch women with big glamorous hair and sparkly dresses standing on the street outside our house. I had no idea what they were up to; I just thought they were shiny. As a little girl, all I ever wanted was to be shiny. One day I asked my grandmother what the women were doing and she said, “Those women take their panties off and men give them money.” And I remember saying to myself, “I’ll probably do that” because men had already been taking my panties off.

To look back now, I dealt with it all amazingly well. Alone in that house, I had imaginary friends to keep me company that I would sing and dance around with – an imaginary Elvis Presley, an imaginary Diana Ross and the Supremes. I think that helped me deal with things. I was a really outgoing girl – I used to laugh a lot. At the same time, I was afraid, always afraid. I didn’t know if what was happening was my fault or not. I thought perhaps something was wrong with me. Even though I was a smart kid, I disconnected from school. Going into the 1970s, I became the kind of girl who didn’t know how to say “no” – if the little boys in the community told me that they liked me or treated me nice, they could basically have their way with me. By the time I was 14, I’d had two children with boys in the community, two baby girls. My grandmother started to say that I needed to bring in some money to pay for these kids, because there was no food in the house, we had nothing. So, one evening – it was actually Good Friday – I went along to the corner of Division Street and Clark Street and stood in front of the Mark Twain hotel. I was wearing a two-piece dress costing $3.99, cheap plastic shoes, and some orange lipstick which I thought might make me look older. I was 14 years old and I cried through everything. But I did it. I didn’t like it, but the five men who dated me that night showed me what to do. They knew I was young and it was almost as if they were excited by it. I made $400 but I didn’t get a cab home that night. I went home by train and I gave most of that money to my grandmother, who didn’t ask me where it came from.
READ ALSO:  Top 10 Things That Could Lead To World War 3

These are not relationships, no-one’s bringing me any flowers here, trust me on that – they’re using my body like a toilet

The following weekend I returned to Division and Clark, and it seemed like my grandmother was happy when I brought the money home. But the third time I went down there, a couple of guys pistol-whipped me and put me in the trunk of their car. They had approached me before because I was, as they called it, “unrepresented” on the street. All I knew was the light in the trunk of the car and then the faces of these two guys with their pistol. First they took me to a cornfield out in the middle of nowhere and raped me. Then they took me to a hotel room and locked me in the closet. That’s the kind of thing pimps will do to break a girl’s spirits. They kept me in there for a long time. I was begging them to let me out because I was hungry, but they would only allow me out of the closet if I agreed to work for them. They pimped me for a while, six months or so. I wasn’t able to go home. I tried to get away but they caught me, and when they caught me they hurt me so bad. Later on, I was trafficked by other men. The physical abuse was horrible, but the real abuse was the mental abuse – the things they would say that would just stick and which you could never get from under.

I’ve been shot five times, stabbed 13 times – I don’t know why those men attacked me, all I know is that society made it comfortable for them to do so

Pimps are very good at torture, they’re very good at manipulation. Some of them will do things like wake you in the middle of the night with a gun to your head. Others will pretend that they value you, and you feel like, “I’m Cinderella, and here comes my Prince Charming”. They seem so sweet and so charming and they tell you: “You just have to do this one thing for me and then you’ll get to the good part.” And you think, “My life has already been so hard, what’s a little bit more?” But you never ever do get to the good part. When people describe prostitution as being something that is glamorous, elegant, like in the story of Pretty Woman, well that doesn’t come close to it. A prostitute might sleep with five strangers a day. Across a year, that’s more than 1,800 men she’s having sexual intercourse or oral sex with. These are not relationships, no-one’s bringing me any flowers here, trust me on that. They’re using my body like a toilet. And the johns – the clients – are violent. I’ve been shot five times, stabbed 13 times. I don’t know why those men attacked me, all I know is that society made it comfortable for them to do so. They brought their anger or mental illness or whatever it was and they decided to wreak havoc on a prostitute, knowing I couldn’t go to the police and if I did I wouldn’t be taken seriously. I actually count myself very lucky. I knew some beautiful girls who were murdered out there on the streets. I prostituted for 14 or 15 years before I did any drugs. But after a while, after you’ve turned as many tricks as you can, after you’ve been strangled, after someone’s put a knife to your throat or someone’s put a pillow over your head, you need something to put a bit of courage in your system. I was a prostitute for 25 years, and in all that time I never once saw a way out. But on 1 April 1997, when I was nearly 40 years old, a customer threw me out of his car. My dress got caught in the door and he dragged me six blocks along the ground, tearing all the skin off my face and the side of my body. I went to the County Hospital in Chicago and they immediately took me to the emergency room. Because of the condition I was in, they called in a police officer, who looked me over and said: “Oh I know her. She’s just a hooker. She probably beat some guy and took his money and got what she deserved.” And I could hear the nurse laughing along with him. They pushed me out into the waiting room as if I wasn’t worth anything, as if I didn’t deserve the services of the emergency room after all. And it was at that moment, while I was waiting for the next shift to start and for someone to attend to my injuries, that I began to think about everything that had happened in my life. Up until that point I had always had some idea of what to do, where to go, how to pick myself up again. Suddenly it was like I had run out of bright ideas. I remember looking up and saying to God, “These people don’t care about me. Could you please help me?”
READ ALSO:  How To Know If Someone Has Accessed Your Facebook Account
God worked real fast. A doctor came and took care of me and she asked me to go and see social services in the hospital. What I knew about social services was they were anything but social. But they gave me a bus pass to go to a place called Genesis House, which was run by an awesome Englishwoman named Edwina Gateley, who became a great hero and mentor for me. She helped me turn my life around. It was a safe house, and I had everything that I needed there. I didn’t have to worry about paying for clothes, food, getting a job. They told me to take my time and stay as long as I needed – and I stayed almost two years. My face healed, my soul healed. I got Brenda back. Through Edwina Gateley, I learned the value of that deep connection that can occur between women, the circle of trust and love and support that a group of women can give one another.

After three years of healing and abstinence, I met an extraordinary man. I was very picky – he likes to joke that I asked him more questions than the parole board