Despite rising high school graduation rates, the number of students getting college degrees in the U.S. has dropped. Why the decrease in college enrollment?

One reason could be the ballooning costs of attending university. In the face of expensive tuition fees and potential debt, students may seek other opportunities outside of education. While workers with an associate’s or bachelor’s degree do earn more on average, there are some relatively high-paying careers out there for people without a college degree.

Career research site CareerTrends found the 50 highest-paying jobs that don’t require a college degree. Using 2015 data from O*NET, an occupation database sponsored by the U.S. Department of Labor, the team identified the required education level for workers in various occupations. We then used data from the Bureau of Labor Statistics to find the jobs with the highest salaries that don’t typically require an associate’s, bachelor’s, master’s or doctoral degree. Salaries in this list reflect national averages.

To identify the expected prior education for each job, O*NET regularly surveys each occupation‘s worker population and asks respondents to note the level of education they believe is required for the job. The prior education listed on each slide corresponds to the most common response from job survey respondents. If a job has multiple education listings it is because there were roughly equal amounts of respondents who gave that answer.

The average salary for jobs on this list is around $62,000. However, the top-paying job boasts a six-figure salary on average. Most of these occupations require high school education and range from sales and management positions to more creative jobs like makeup artists and painters.

*Note: Some of these jobs may require a specific trade degree, certificate or licensing program in addition to the education level listed on each slide

Job Description: Sort mail for delivery. Deliver mail on established route by vehicle or on foot.

*Note: Descriptions for each job were sourced (with minor edits) from the BLS Standard Occupational Classification system.

Job Description: Place and detonate explosives to demolish structures or to loosen, remove or displace earth, rock or other materials. May perform specialized handling, storage and accounting procedures. Includes seismograph shooters. Operate a variety of drills such as rotary, churn and pneumatic to tap sub-surface water and salt deposits, to remove core samples during mineral exploration or soil testing, and to facilitate the use of explosives in mining or construction. May use explosives. Includes horizontal and earth boring machine operators.

Job Description: Install, dismantle or move machinery and heavy equipment according to layout plans, blueprints or other drawings.

Job Description: Select, fit and take care of costumes for cast members and aid entertainers. May assist with multiple costume changes during performances.

Job Description: Seal joints between plasterboard or other wallboard to prepare wall surface for painting or papering.

Job Description: Plan, direct or coordinate activities of an organization or department that serves food and beverages.

Job Description: Create original artwork using any of a wide variety of media and techniques.

Job Description: Monitor locomotive instruments and watch for dragging equipment, obstacles on rights-of-way and train signals during run. Watch for and relay traffic signals from yard workers to yard engineer in railroad yard.

Job Description: Operate mechanical boom and cable or tower and cable equipment to lift and move materials, machines or products in many directions.

Job Description: Operate diesel or electric-powered shuttle car in underground mine to transport materials from working face to mine cars or conveyor.

READ ALSO:  9 Jobs That Are Only For Hot Girls

Job Description: Directly supervise and coordinate the activities of production and operating workers, such as inspectors, precision workers, machine setters and operators, assemblers, fabricators and plant and system operators.

Job Description: Set up or operate a variety of drills to remove underground oil and gas or remove core samples for testing during oil and gas exploration.

Job Description: Operate or control petroleum refining or processing units. May specialize in controlling manifold and pumping systems, gauging or testing oil in storage tanks or regulating the flow of oil into pipelines.

Job Description: Apply makeup to performers to reflect period, setting and situation of their role.

Job Description: Examine, evaluate and investigate eligibility for, conformity with or liability under licenses or permits.

SEE ALSO: The 14 Best Careers If You Have No Education

Job Description: Prepare customs documentation and ensure that shipments meet all applicable laws to facilitate the import and export of goods. Determine and track duties and taxes payable and process payments on behalf of client. Sign documents under a power of attorney. Represent clients in meetings with customs officials and apply for duty refunds and tariff reclassifications. Coordinate transportation and storage of imported goods.

See also: 9 Jobs That Are Only For Hot Girls 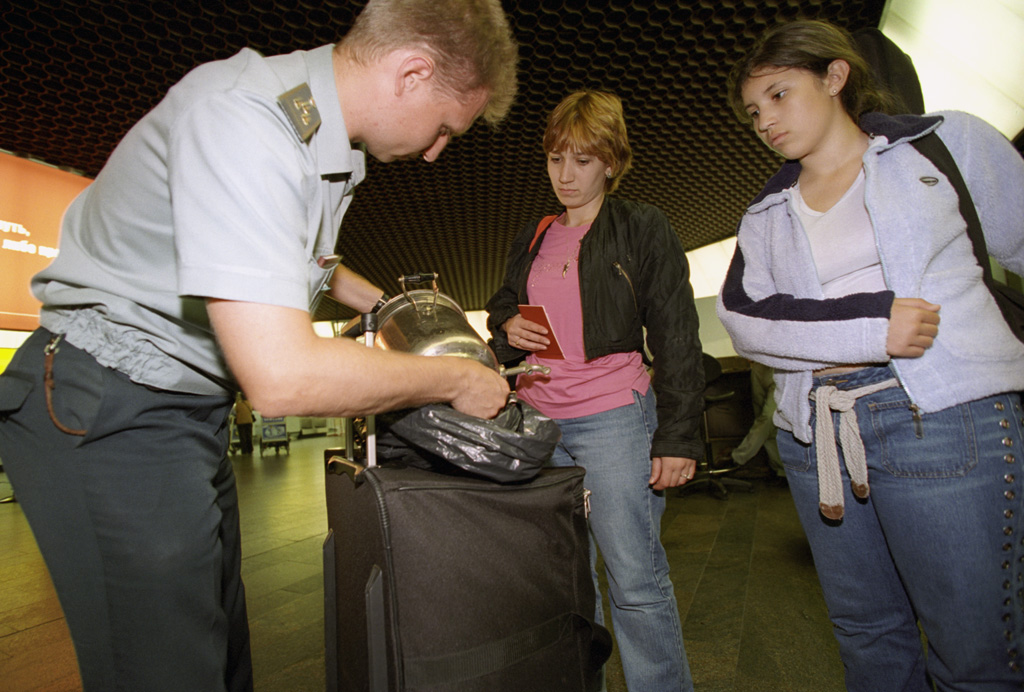 Job Description: Collect evidence at crime scene, classify and identify fingerprints and photograph evidence for use in criminal and civil cases, and investigate. Inspect persons, common carriers, goods and merchandise, arriving in or departing from the United States or between states to detect violations of immigration and customs laws and regulations.

Job Description: Command ships to steer them into and out of harbors, estuaries, straits or sounds, or on rivers, lakes or bays. Must be licensed by U.S. Coast Guard with limitations indicating class and tonnage of vessels for which license is valid and route and waters that may be piloted.

Job Description: Sell financial services, such as loan, tax and securities counseling to customers of financial institutions and business establishments