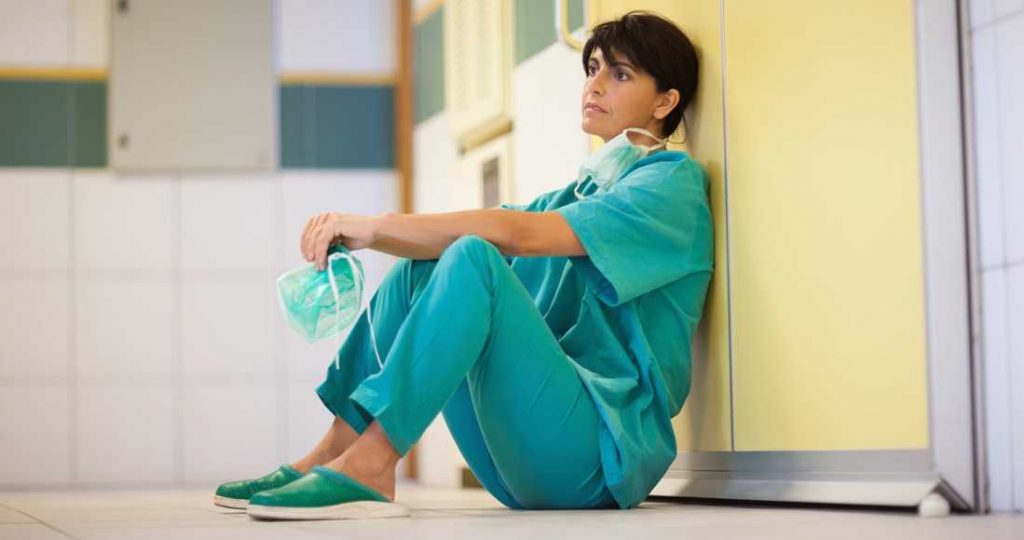 9 Career Paths That Are Really Not Worth The Money – When you are growing up, you may not consider all the factors that go into picking an ideal career. I remember thinking that it would be really cool to be a professional wrestler, but as this list will show, it is one of the many jobs out there that I just cannot imagine are worth the money. Many of the careers on this list do end up paying pretty handsomely, but at the cost of the person’s sanity. One of these jobs has a depression rate of over 16 percent, and another job is highly coveted but only 6% of people reported being happy once they had the career.

There is a lot more to life than picking out the career that you think is going to make you the most money. Many factors went into deciding why these 10 careers are absolutely not worth the stress that goes into the job. Do you have a career that isn’t on this list but should be? Have a friend that has one of these careers? Be sure to comment and share this list on social media.

Wrestling looks like it must be one of the most glamorous things in the world when you get to sit at home and watch it. But if you imagine doing it for a living, the job may start to become a lot less appealing. You are constantly on the road and are beating the hell out of your body, and while the top guys make money, a lot of the lower card can find themselves struggling for a long time before “making it.” Even then, you better hope you make a good impression or you’ll find yourself out of a job. Wrestling is continuing to get more in tune with social media as well, which means that as a wrestler you’re never not “working.” Then you just have to hope you won’t make it to your peak only to suffer a debilitating injury.

When you look at Hollywood and see all the talented actors making millions, it can be easy for you to think “oh man, why didn’t I just do that?” Well, hate to break it to you, but it’s not nearly as easy as it looks, and even if you get an acting job, who says you’ll like it? The job involves long hours and repetitive work in a variety of environments that may seem exciting, until you’ve travelled all over already and just want to stay home with your family. Not to mention that the more successful you get, the less privacy you are entitled to. Do you really want a job that is that high profile, especially when technology has the chance of making your privacy even less of a secure thing?

READ ALSO:  16 Jobs You Don't Want To Wear Clothes For

In 2013 in British Columbia, bus drivers averaged $24 an hour, so while this is not crazy money, you can imagine that is still not too shabby. Especially for a job that involves driving similar routes and generally provides pretty solid job security. Yet it’s one you definitely want to avoid, as it has the highest rate of depression out of any other career on this list. Research has found that people working in the public transit sector have a 16.2% chance of suffering from depression. Apparently they don’t find too much meaning in driving around and helping get people from Point A to Point B! Let’s hope they enjoy their job more now that the weather is improving.

Athletes have the advantage of living out the prime of their life in the spotlight. But when the spotlight goes away, they are often left a broken person that feels pain with every step they take. Any sport, when played at a professional level, has the chance to wreck your body on any given play. When you play something like football, the risk continues to get higher. Many professional athletes are starting to retire earlier in their career in order to help save their body, and more importantly, their mind from taking repeated blows. The money might seem great, but in the NFL in particular, athletes going broke after retirement is a far too common problem as well. You can sit at home and think you’d be better with your money than they would, but you always run the risk of blowing your money and being left with a body that can’t do anything anymore.

People may come after me for this one, but teaching is one of the toughest career paths you can go into and it is easily one of the lowest paying out there in comparison to the level of education you need to attain. It was reported that teaching is a career with one of the highest rates of depression, and it is easy to see why when you consider all the stress that comes your way from all different levels (parents, kids, administrators, etc…). Sure, you get the summer off, but is it worth it to lose part of your sanity and more of your passion with every passing year?

Holy smokes, does construction seem like a career path that is not worth the money. But for many people, it is the career that they find themselves in. It’s easy to see why, as work is plentiful, but the job takes an incredible toll on your body, especially over the years. Too many people get into the business when they are young and fit, and then have no other option but to continue as they get older and less experienced in areas outside of construction.

Even if the working conditions are ideal for you, in 2013, 18% of all workplace fatalities were related to construction. All this risk, and laborers earned only an average of $14.02 per hour. Call me crazy but when I go to work, I like to not die.

I have an incredible amount of respect for any individual that decides to serve his country, but you sure as heck couldn’t convince me that this is a desirable career path. Life as a soldier is far from fun on a daily basis, built out of routine and following orders and then the potential of being put into combat where your life is risked. It was reported back in 2015 that jobs in the military were getting worse than ever. According to TheStreet.com, “The obvious parts of physical danger, high stress, and lower pay are the same, but there is a new aspect to it that had a more negative effect…it’s no longer as secure as a career choice.”

Not to mention the emotional toll that you put your loved ones through. There are not many jobs that would have quite as demanding a commute as being in the military! Soldiers made an average annual salary of $21,664 back in 2013.

One thing that is worth noting right off the bat, is that if you are a male, you are not going to be paired up with the two partners of your dreams. And even if you did, you shouldn’t expect to be “completely straight” in your adventures. Gay entertainment pays 3 times the amount of straight action, so you better be curious to see how much of yourself you’re willing to share to make sure you get your payday. You may also find it a lot harder to start a relationship when you are constantly out receiving some loving from various people, especially with technology making it all the easier to hit your name on Google and see all that you’ve done!

Not to mention that many former adult film stars have opened up about the different substance abuse addictions or vices that they fell into because they entered the industry. Far too many risks for far too little pay.

Lawyer seems like a super cool profession when you see it play out on the television or movie screen, but the reality is long hours and a job that, back in 2014, had the 5th highest suicide rate in America. On top of often graduating with large amounts of debt, lawyers stated they were frustrated by the pressure to keep billing their clients for long (and expensive) hours, and entry pay is significantly less than what partners at law firms make. Attorneys were also found to be 3.6 times more likely to be depressed than other professionals, and that’s also far from what you want when you consider the money that goes into their job.

Can you imagine the amount of pressure that must be on doctors to enjoy their job? All those years of stressful nights and studying, tens of thousands of dollars into that education, and what if they hate it? What if people are jerks and you get burned out? It happens all the time. A survey done back in 2014 showed that only 6% of physicians described their job as having a positive morale. One doctor went on record stating “I feel like a pawn in a moneymaking game for hospital administrators. There are so many other ways I could have made my living and been more fulfilled.”

Call me crazy, but that’s not exactly what I want to be thinking after I graduate from medical school.