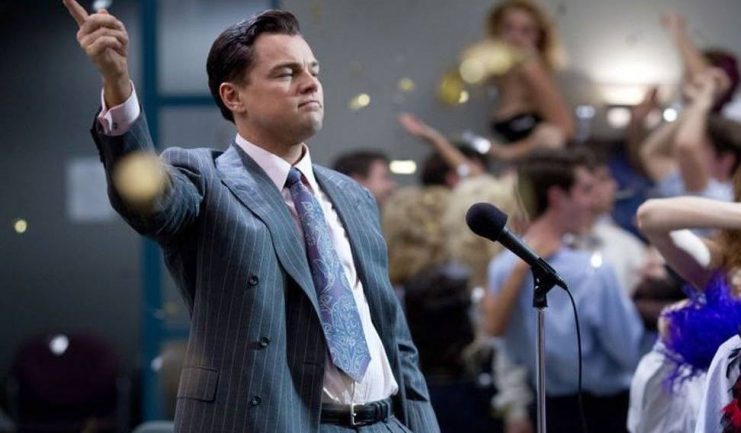 9 High-Paying Careers You Don’t Need A Bachelor’s Degree For – Not everyone can make millions just by doing what they love to do. We can’t just say that we want to be the quarterback for the Denver Broncos and immediately start training camp. Nor can we star in the next big blockbuster in Hollywood by becoming the next Angelina Jolie (although stranger things have happened). So, the rest of us need to figure out how we are going to make a living, and while some people are happy with not making a lot of money, there are others who want to make as much as possible without having to go through a lot of schooling to get there.

The average four-year degree is $30,000. A lot of people can afford this, while others can get assistance for paying for their Bachelor’s degree. Most people don’t think about the costs of repaying their student loans while they are applying for college, though. If you aren’t the kind of person who can afford to go to school, work a full-time job, and take care of a family while doing so, you may want to consider finding another career that pays well without having to pay off debt for the rest of your life.

The careers on this list are by no means jobs for people who aren’t smart enough to go to school, they are for those who simply cannot do the four-year college. They may have already gotten their Associate’s Degree, and decided that they can no longer continue with sitting still in a classroom. Or they just might have kids and can’t take the time to go to school while raising a family. The jobs here range from just under $70,000 a year to a little over $100,000. That’s not bad for someone who has never even stepped foot on a college campus.

If you are the kind of person who is concerned about the safety of public transportation, then this just might be the job for you. A transportation inspector is someone who makes sure that the large automobiles that people take on a daily basis are in good order. They make sure that they are safe and that everything involved is up-to-date on different types of transportation; such as airplanes, buses, taxis and subways, just to name a few. You don’t need any type of degree (other than a high school diploma), but there is extensive on-on-the-job training to make sure that you’re doing your job right and that it gets done correctly.

The First-Line Supervisor is the person who oversees the firefighters and the men and women who work in the preventing areas; such as forest fires. This is the boss who is in charge of making sure that the wildlife is protected from accidents, that the firemen and women are taken well care of, and to make sure that all of the equipment is working properly. The supervisors get paid a fairly decent salary; and depending on which you are in, you could make up to $163,000. This is the highest pay of the fire department in Los Angeles-Long Beach, in Glendale, California.

You know that person who meets you in the room when you’re getting your teeth cleaned? That is the dental hygienist. She (or he) also cleans your teeth, takes those nasty x-rays, checks your gums for diseases, and scrapes that metal pic across your teeth. The hygienist is as close to being a dentist as…wait…what does the dentist do? Oh, right, the dentist is the one who drills into your gums and replaces the crowns when needed. Apparently, you don’t need any higher degree than an Associate’s to do pretty much everything in the dentist’s office, but if you want to put in a filling then you will need a Bachelor’s and a certificate and some kind of special license to do that.

Most of the occupations related to diagnostic technology all pay pretty well, and you only need an Associate’s Degree in order to do the job. The one that pays the most is a Nuclear Medicine Technologist, with the salary range around $72,000.

If you have ever gone to a hospital and they make you swallow a radioactive drug (such as barium), chances are likely that the person who gave it to you was the Nuclear Medicine Technologist. They make sure that the medicine (such as the barium) is visible through the hospital equipment, and it will appear differently than the normal parts of your body.

For this one, it doesn’t take a genius to figure out that one cannot learn how to fly a plane by sitting in a college classroom. It just isn’t possible to read a book and say, “I know how to fly a 747!” Well, it is possible to say it, but actually knowing how is a different story. Although you can’t actually get “on-the-job” training, exactly; there are multiple factors involved before achieving a career as a pilot. First of all, you need to get your pilot’s license, and you have to be a legal adult (18). You also need to be able to read, write and speak English fluently, before you can achieve commercial pilot status. There are other tests you have to take, certificates that you need and a few other things that you will need to do and get beforehand, but you will not need to get a Bachelor’s Degree if you want to fly for American Airlines.

If you really want someone who fixes your elevator to make less than what they do, then you probably don’t value your life too much. Imagine if the person who installs the lift that brings you from floor to floor doesn’t know exactly what they are doing and doesn’t really care to learn since they aren’t being paid too much to learn it. Chances are pretty good that they won’t do such a great job of fixing or installing it. This isn’t exactly on-the-job training, either. It is an apprenticeship, which goes back hundreds of years to when people would learn from others how to create things such as chain mail, to protect themselves from swords and other terrible events that could happen.

Have you ever wondered what it would be like to be a private eye? If this sounds like something that you need to go through years of schooling to do, then you are mistaken. If you find the right place, you can get on-the-job training to become a criminal investigator, and you can make a lot of money doing so, as well.

Television makes this line of work look really easy and fun; but in reality, it takes a lot of work to become a professional investigator. Unless you are working for a federal agency, you don’t need a Bachelor’s degree, only an Associate’s or many years of experience.

The fancy title of First-Line Supervisor of Police & Detectives is basically any of the men or women who are better known as the captains, lieutenants, and sergeants of the police force. These people “directly supervise and coordinate activities of members of the police force,” according to research. So, this fancy title really doesn’t seem like enough for these brave men and women who risk their lives for the rest of us every single day. At a bit more than $80,000 a year, one might think that they deserve so much more. This career; however, does not require a Bachelor’s degree, nor does it require any other education other than a police academy, if one is offered.

Apparently anything with the word “nuclear” in it will most likely generate a lot of income for those who wish to pursue a career in it. Even though making nuclear energy is made by splitting atoms, it is one of the most dangerous jobs to have. The responsibility of an operator is to control and adjust the nuclear reactors that are inside a power plant. If anything is wrong with them, it is the responsibility of the one in charge to put emergency operations into action. If this person happens to miss anything, it could have dire consequences.

If you are looking for one of the most stressful jobs you could possibly have without needing an advanced degree, you may consider controlling the traffic in the skies. It is rumored that most people who are in the business are very stressed, and with great reason. The ones who control the sky have to determine when and where the airplanes are at almost all times, when and where they land, and are responsible for all of the lives that are travelling by air. If you are still looking to make a little over 100 grand every year for doing this, there are a few things that you need to consider first. You have to be no older than 31 years old, have a great attitude (they don’t want depressed people involved in deciding the lives of millions of others), pass many exams, and speak English. Those who want to do this must join the FAA Academy to learn the job, as