AFRICA – A Palace of Strangers – The word ‘stranger’ can mean anything to you, but in the context of this write-up, it means an unfamiliar person, a foreigner, alien, outsider, visitor, guest, etc. In Africa, the presence of strangers is not new. We see them in different shades and colours – white, black, etc. Their countries of origin most often are not very well known to us. Right from time, Africa is noted for her hospitality to strangers. This attitude has encouraged more strangers over the years to either visit on vacation, or settle in Africa for a brief period.

With time, these strangers come to discover why God made some people and call them Africa. One of such strangers was a prophet of God called Isaiah. He came to Africa for a mission. His mission was not a simple one. No, he was not on vacation. He was on prophetic assignment. The Bible testifies,”In the year that Tartan came unto Ashdod (when Sargon the king of Assyria sent him,) and fought against Ashdod, and took it. At the same time spake the LORD by Isaiah the son of Amoz, saying, Go and loose the sackcloth from off thy loins, and put off thy shoe from thy foot. And he did so, walking naked and barefoot. And the LORD said, Like as my servant Isaiah hath walked naked and barefoot three years for a sign and wonder upon Egypt and upon Ethiopia; So shall the king of Assyria lead away the Egyptians prisoners, and the Ethiopians captives, young and old, naked and barefoot, even with their buttocks uncovered, to the shame of Egypt. And they shall be afraid and ashamed of Ethiopia their expectation, and of Egypt their glory. And the inhabitant of this isle shall say in that day, Behold, such is our expectation, whither we flee for help to be delivered from the king of Assyria: and how shall we escape?” (Isaiah 20:1-6).

This prophetic visitation, later on came to be the history of Africa’s enslavement. In Bible days, Egypt and Ethiopia were synonymous for describing the whole continent and the black race – Africa. Often in the Bible, when someone was described as an Ethiopian or a Cushite, it was another way of saying that he or she was black or from the continent of Africa.

As Isaiah proceeded to paint a grim picture of the nature of the captivity he was predicting against Africa, he said that Africa shall be disgraced by many nations and be led captive as prisoners (Isaiah 20:4). As time went on, strange things began to happen as a result of this prophecy. Strangers became so powerful that they begin to build palaces for themselves in the land of Africa so as to oppress the people of the land. In Africa, strangers rule, and the people of the land become their servants; they ride in chariots and the sons of the land walk on foot; and by implication, the last word that should matter in the land has to come from the strangers (because they have become powerful), forcing the people to cry and groan in pain.

READ ALSO  Why Did Kenya Add Asians To Their List Of Tribes?

In Africa today, strangers have become so powerful; strangers whose interest is elsewhere, whose ‘home’ is elsewhere, whose goal is to enrich themselves with the treasures of the land to develop their own far away lands, at the expense of the sons of the land; strangers the means to whose goal, or whose weapon, is strong, consolidated, resident, naturalized political might and oppression; strangers that care little about the people but all about themselves. Some of the strangers have come in the name of religion; others of them are here in the guise of trade; others still are strange politicians with strange alliances. All of them have begun to threaten the land with the foundation of their palaces that they have begun to lay.

I shout this out loud because anyone who has seen pictures of African slaves being led away in single files; fathers and mothers and children (“young and old”), their buttocks and feet bare, might not find it hard to draw a parallel between those pictures of slavery and the one the prophet here paints about Egypt and Ethiopia, which kingdoms Isaiah may have intended as a representation for the entire continent of Africa. Slavery and colonialism did not make us a people of dignity rather, a people of shame. Look at how shamefully Africans have sought to lighten their skin colour so that they could pass for the whites. Because of the shame, many Africans have often sought nationality in other continents – continents whose citizens never seek our nationality. Do they not generally think that they do us a great favour to license us as hewers of wood and drawers of water in their nations? Egypt used to be a first world power; the cradle of civilization. Where is that glory now? We have become a shadow of that ancient past. Need we question the America nation for offering us a life-line in the name of American citizenship through the Diversity Visa Lottery?

READ ALSO  Did China make the rest of the world aware of the opportunities in Africa?

The lamentation in the last verse of Isaiah’s prophetic utterances says that the people groaned because there was no where to run to; no place of escape. And the inhabitants of this isle shall say in that day, Behold, such is our expectation, whither we flee for help to be delivered from the king of Assyria: and how shall we escape? (v.6). Africa is an island (“isle”), a large one, though, yet this issue has had a terrible experience on her as a great continent. Many African people are always seeking ways to “flee for help” elsewhere to Europe and America, or to anywhere else but in Africa. As a result of this, many have drowned in the Mediterranean Sea while attempting to cross over from North Africa into Europe, whereas a greater majority is slaving away in the markets of America and Asia. Many African nations today, are begging for economic, financial and military aid from the Assyrians. How often have we wondered about our many economic and political predicaments in this greatly endowed continent: “how shall we escape”? Where have Africans not sought escape to, from the slavish conditions back home? We have gone in the name of sports, studies, missions, jobs, vacation; we have fled under every guise, yet nothing has worked out in the positive. Shall we remain beggars that grace (help) may abound? God forbid!

We must face this and fight it to standstill. I mean, we are humans, for God’s sake! A people created in the image and likeness of God – a chosen generation, a royal priesthood, an holy nation, a peculiar people; who should show forth the praises of God who has called us out of darkness into His marvelous light (Genesis 1:27; 9:6; 1Peter 2:9). Dear people of Africa, if this curse or judgment or whatever it is, was initiated by the prophetic action of walking the streets of Africa naked (not fully dressed) and bare footed, then the prophets in the land of Africa today MUST begin a penitent reversal of this ancient curse by the same process. I believe that when we do this in many places of this continent, God will surely forgive and set His people free again. Remember that Isaiah did not walk the length and breadth of the continent to activate his curse. He carried out his prophetic assignment in a single city on occasions within a specific period of three years. We also might not need to traverse the continent to effect the reversals. Do it in the very place you are right NOW!

READ ALSO  Why is Nigeria still waiting for God?

In the context of the prophetic, where a day often represents a year (Numbers 14:34; Ezekiel 4:5, 6), Isaiah’s three prophetic years might stand for three centuries. Africa’s enslavement has lasted so long, even longer than expected! If, we should consider both the trans-Atlantic slave trade that shipped over twelve million Africans to Europe and the America, as well as the trans-Saharan slave trade conducted by the Arabs, we would say the episode has lasted more than three centuries.

Generally, we have served more than our sentence. It is time to be led back home into Freedom. This is a call to the prophets, for a conscious reversal of the curse of Isaiah as they also command the earth of Africa to wipe away that prophet’s footprints of judgment, and any other such lingering footprints that have been speaking for our perpetual enslavement. Amen.

Vitus Ejiogu is a writer and publisher with the Fire-Brand Int”l Ministries, a media ministry that is based in Nigeria.

He is the editor of FOUNDATION SATELLITE magazine also published by the ministry. He pastors a Church in Bauchi and is married with two children. 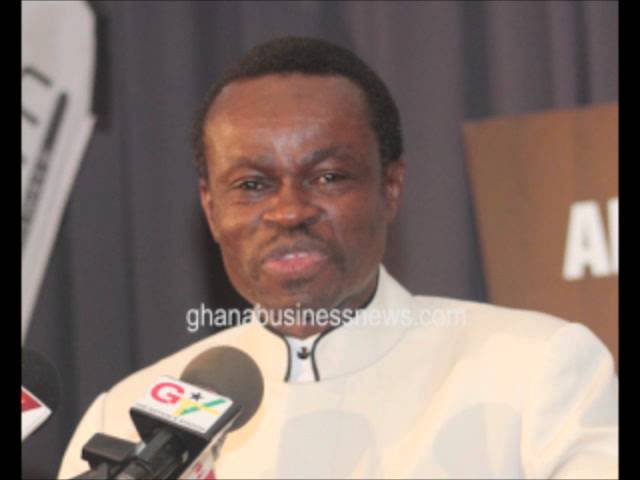