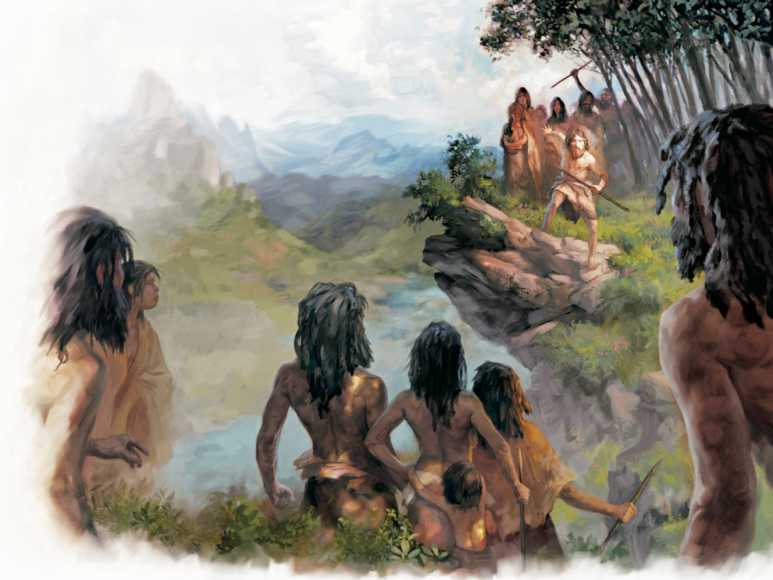 Africa Is The Cradle Of Modern Civilization- See Facts  – In his book, When We Ruled, Robin Walker has presented the world with facts that Africa is really home to modern civilization.

It is true, Africa has contributed largely to the development of the modern world. If we put it properly, Africa became the original home of civilization right from the ancient times.

Africa is the second largest continent in the world with a 30.2 million km² (11.7 million sq mi) land mass that covers 6% of the Earth’s total surface area.

From modern medical practices to lifestyles, Africa is the starting point of the world.

Here are 7 undeniable facts that Africa is indeed the cradle of modern civilization:

Fossil remains of Australopithecus afarensi, known as “Lucy,” were first discovered in Ethiopia and Tanzania. Researches have conclusively proven that humanity started in Africa.

According to Human Origins, humans existed for about 2 million years ago. From Africa they migrated to other parts of the world.

The above fact sums up all the argument. If humanity took off from Africa, it clearly means that modern civilization still has its roots in Africa.

READ ALSO:  These African Children Are The Real Cost Of Electric Cars

The fishing culture practiced now and its techniques could be traced down to the ancient patterns of fishing. Fishing in Africa started about 90,000 years ago or more.

“A finely wrought series of harpoon points, all elaborately polished and barbed. Also uncovered was a tool, equally well crafted, believed to be a dagger”.– Robin Walker

It has been found that the early men in Africa were mining as far back as over 43 000 years ago. This was most especially seen as a means of livelihood in the stone ages.

The earliest numerical record found to date is said to be around 37,000 years old. Found in the Lebombo Mountain, between Swaziland and South Africa, a fossilized piece of baboon bone with 29 notches evenly spaced. The piece is believed to be represent a lunar calendar.

For instance Africa is home to the ancient Egyptian Kahun city.

See Also: 5 Cultural Marvels By Africans That Other People Get Credit For

“The streets of the western section in particular, were straight, laid out on a grid, and crossed each other at right angles. A stone gutter, over half a metre wide, ran down the centre of every street.”– Robin Walker’s book, When We Ruled.

“Great importance was attached to cleanliness in Amarna as in other Egyptian cities. Toilets and sewers were in use to dispose waste….Amarna may have been the first planned ‘garden city’.”- Robin Walker

Africa has legendary cultural and architectural structures that have stood the test of time. For instance, there is the Egyptian pyramid which was the tallest man-made structure in the world for over 3,800 years until the 160 metre spire of Lincoln Cathedral was completed and took over the record.

Still in practice today are the medical tenets used in ancient Egyptian civilization. Some aspects of modern medicine still has its roots in Africa.