No, You Won’t Like This One – They had nothing. Now they have everything and yet they have nothing.

Before the internet was what it is today it was difficult to get access to information, current information for that matter, and the source of information was limited to official custodians be they the mainstream media or state-owned media. Luckily it is no longer the case and as soon as something happens, within a span of a very short time the world gets flooded with raw news and minute by minute updates of the same. New media enthusiasts will argue that this marked the change in the world order in many ways besides connecting people. But what exactly did it mean to the African youth?

Many words come to mind: access, information, connectivity, everything, the world in a screen. These and others superficially attempt to describe the change that came along with the internet. That young people could easily get information regarding anything, that they could easily follow up on things and causes they care about and not forgetting the less talked about copy-pasting of class assignments from online search engines which characterizes most institutions of higher learning in Africa today.

Although most young people in most African Countries, especially those in the urban areas, can access the internet easily it must be noted that some locations are yet to be connected. This is an important pillar in the foundation for sustainable development and as such should be treated with utmost importance and urgency by the African governments.

Considering that many young Africans can access the internet easily today and that the internet did open up the world for them the rate at which Africa is moving towards sustainable development is alarming. A front that stands to be commended is the way young people in the recent years have turned to the internet to ‘organize’ and challenge the political order of the day. Although such social media initiated initiatives failed to look into the ‘post-rising’ effects the power of new media must be recognized and appreciated. Besides the political front, there are young Africans working and taking advantage of information and partnerships that they have established via social media. These are the minority whose effort steer Africa, regardless of the speed, towards that elusive position of self reliance. They stand to be cheered on and encouraged. However, these are just but a few.

Where are the rest of the African young people? And most importantly, what are they doing online?

They are busy. They are ‘liking’ posts and articles on social media. Without actually reading and analyzing articles and other information gathered online, young Africans just click on the ‘like’ and move on to the next piece of information. Were the many likes that some of the informative articles and thought-provoking pieces attract on social media be turned into action then the situation would be different and there would be no need for this particular article.

This might not go well with most but it has to be said. The young people in Africa carry with them the vibrancy and energy that comes with youth therefore the rate at which Africa develops is directly proportional to the effort that these majority youth put towards development. Should these people be too lazy to channel that energy into harnessing the power of internet for development then Africa will still be ‘that’ continent.

This aspect brings to mind an analogy of a starved child, who finds enough money to go to a hotel and buy food. The child walks to a hotel, enters and sits. The child can smell the food, can see the food, can almost taste it but just sits there looking, liking it but without ordering anything. Now, remember, this child is starved and so he dies in that very hotel amidst plenty of food. Can you see the headlines? Can you see the hash tags? It is simply #absurd.

In a recent discussion with a young African friend on why Africa is ‘still’ developing amidst so many opportunities that could propel it into a developed continent it emerged that the youth are not to blame. He argued that the ‘system’ is to blame, that the youth can’t simply work with the existing system, that it should be changed. The question begs, if the youth can’t work in the existing system then why don’t they change the system? Why don’t they get informative advice from experts and thought leaders? Why don’t they seek out other young people and chart a way forward? Why don’t they use the platforms on social media to start development projects in their communities?

They can but they won’t because they are busy. They are busy liking this article on social media without actually reading it. 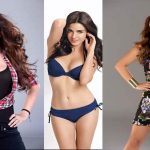 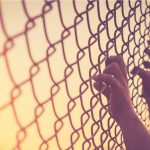