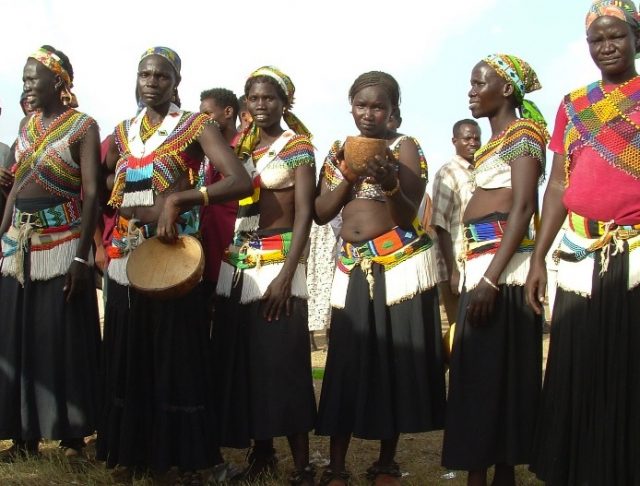 The first of our Africa facts concerns the interesting flora and fauna of the country. The southern part of Africa is well-known for being incredibly dry and arid, with much desert and grassland. However, it is here you will find a unique species of flora called Fynbos. The name comes from the word “fine bush” in Afrikaans and refers to a particular type of heath or shrub land which is only found in the western cape of South Africa.

There Are Believed to Be around 3,000 Different African Tribes

However, some people think this figure might be a gross underestimation, with the real number much, much higher! The oldest tribe in the country is believed to be the San who live in the Kalahari Desert and are now a farming tribe. However, thousands of years ago they were actually hunter/gatherers. Probably the most well-known and recognizable tribe is the Tutsi. This tribe is the second largest caste in Rwanda and Burundi.

Africans Were among the First People to Mummify Their Dead The next of our Africa facts centers on the culture surrounding death and the afterlife. It is believed that African people were among the first to mummify the corpses of their dead – almost 9,000 years ago. This fact was discovered when the mummified body of an infant child was found in Uan Muhuggiag in southern Libya. The child’s body was found curled in the fetal position and the technique used to mummify it was very sophisticated for the time.

All Human History Has Its Roots in Africa The oldest known human remains have all been excavated from sites in east Africa. Human remains found in Ethiopia were dated back to at least 200,000 years ago. The oldest known ancestral type of pre-human skeleton found on the continent is called australopithecus ramidus, and these ancestors were known to exist around 4.4 million years ago.

Africa Used to Be Joined to 4 Other Continents

The next of our interesting Africa facts tells us about its geography. Before humans inhabited the continent, it was joined to what would later become four other present day continents – South America, India, Antarctica and Australia. These future continents all made up one giant landmass called Pangaea. Over millions of years this mass of land eventually broke apart into the various continents we know today – with their wildly varying climates. We call this phenomena continental drift and the term was established in 1912 by Alfred Weneger.

Africa’s Sahara Dessert Is the Largest in the World

The Sahara is the world’s largest non-polar desert

The Sahara is the world’s largest non-polar desert. It measures some 3.5 million square miles in surface area. It is found in the northern half of the country and actually covers huge sections of the following countries: Algeria, Chad, Egypt, Libya, Mali, Mauritania, Morocco, Niger, Western Sahara, Sudan and Tunisia.

90% of All the World’s Malaria Cases Occur in Africa

This sad statistic is made even worse when we find out that as many as 3,000 infants die each day from the disease on the continent. This might not come as such a surprise when you find out that parts of Africa are so poor that some people have only $0.70 per day to live on.

Africa Is Home to the World’s Longest River – The Nile

Top 10 Longest Rivers of the World

Another of our fascinating Africa facts surrounds another record breaking geographical feature of the continent. The River Nile is a staggering 4,160 miles in length. Most people associate this famous river with Egypt. However, although a good proportion of the river does flow through that country (22%) it also flows through Congo, Kenya, Sudan and Ethiopia. The banks of the river in Ethiopia are where the world’s first and oldest civilizations were once found.

Lake Assal is located in Dijibouti and is what is known as a crater lake. It is located at around 500 feet (155 meters) below sea level. Assal also happens to be the world’s largest salt reserve. It is thought that the concentration of salt there is 10 times stronger than it generally is in the sea.

One of our really fascinating Africa facts surrounds math! Around 25,000 years ago the most basic form of arithmetic was pioneered in Africa. In actual fact we can be fairly precise about the exact location in which this took place – a tool called the Ishango bonewas found in the Congo. It is a very basic piece of equipment with notches carved into it that can be used to help with basic multiplication, addition and subtraction techniques.

In Africa Hippos Kill More People than Lions or Crocodiles This is one of our strange but true Africa facts. Male hippos are incredibly territorial and will attack anyone who interferes with their space. Females of the species are also notoriously protective of their young and will make moves to attack anyone they feel is a threat to them or their offspring. Both male and female hippos have incredibly sharp teeth and huge canine jaws. Between them, these features can pack a mighty punch and can cause serious injury.

READ ALSO:  The Flu Is Horrible This Year. Here's the Only Industry That's Happy About It It is estimated that there are as many as one billion people across the African continent as a whole. This huge population encompassing some of the world’s poorest countries has led to problems in many regions. Over half the people in Africa are under 25, and life expectancy is generally low, due to poor health care and poor infrastructure in many nations.

Africa Was First Explored by Humans in 322 BC

This is one of our most important and interesting historical Africa facts. It was around this time that Alexander the Great first founded Alexandria. After this, the Roman Empire began to try and integrate and include a great proportion of the Mediterranean coastline of northern Africa into their empire.

Many of us are familiar with this term and use it in a derogatory fashion, but most of us are unaware of where it comes from. Some African people are very superstitious, and believe that giving anyone the evil eye can cause great harm, or even sickness and death. In Morocco, for example, some men paint or embroider red eyes onto the back of their clothes to effectively counteract the potential danger of evil eyes.

The 1950s were a decade of great upheaval and change in the country of Libya. At this time, many of the countries within Africa sought to gain freedom from imperial rule and Libya was the first to manage to achieve this. This fight for freedom inspired the US Civil Rights movement and made people like Malcolm X famous for wanting to push for further rights and freedoms in their own countries.