African leaders loot with same fervour as colonialists. Corruption is well-entrenched in Africa, and those few leaders who have decided to actively tackle it – beyond just talking about tackling it – have publicly admitted that the task is a lot harder than they expected.

Last year’s Panama Papers breakthrough revealed the names of numerous African politicians and their friends and families, who have stashed their hidden wealth in off-shore bank accounts.

A new report titled The Plunder Route To Panama reveals how African leaders have looted national wealth by breaking down existing governance structures to suit their own nefarious purposes. In this, the report notes, they are no better than the colonial powers of a century ago, who swarmed all over Africa and stripped her of wealth, minerals, and ancient treasures. African leaders loot with same fervour as colonialists

The investigation was conducted by a transnational team of reporters in seven African countries, under the umbrella of the African Investigative Publishing Collective (AIPC) in partnership with Africa Uncensored and ZAM magazine.

The team investigated looting in South Africa, Burundi, Togo, Rwanda, Mozambique, DR Congo and Botswana. Their findings show how clientelism and favouritism have badly impacted both state budgets and economies in these African nations. African leaders loot with same fervour as colonialists

South Africa’s situation is examined in chapter seven, under the title THE ZUPTA EMPIRE BANKS IN DUBAI. President Jacob Zuma and his business associates, the Indian-born Gupta family, have disgusted the South African public and caused dissatisfaction and protest to the extent that outrage against them could almost be considered a unifying factor. The country’s judiciary, media, civil society and private sector have all come together in the fight for good governance.

In Togo, meanwhile, a father and son unit named Ashok and Amit Gupta are implicated in corruption in that country – the AIPC investigation has not discovered if they are related to the Guptas who are plundering South Africa, but the team is determined to find out. 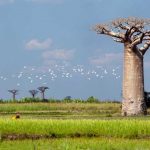 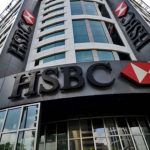