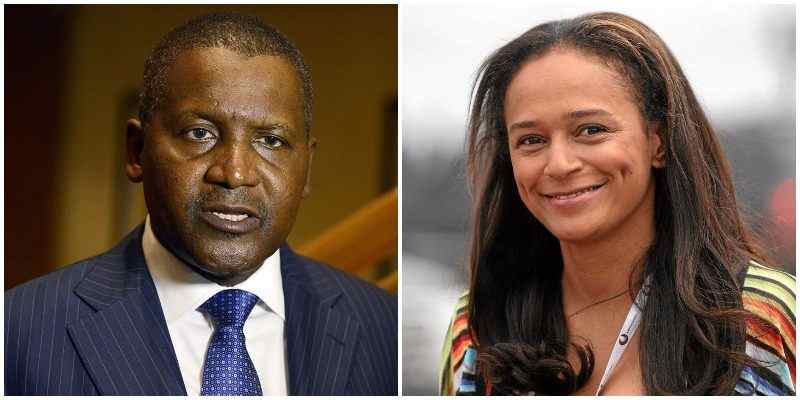 These factors have not only affected budding wealth creators but have also curtailed and to some extent reduced the wealth of some individuals, a recent report indicates.

According to this year’s FORBES List of the Africa’s Billionaires List Africa’s Richest People 2017 (Africa’s Richest), the number of billionaires on the continent, as well as the size of their fortunes, continues to drop. This year, only 21 African billionaires are on the list compared to 23 featured last year. The combined wealth of the former is $70 billion down from 79.8 billion in the previous year.

Aliko Dangote still at the top of the game

Aliko Dangote remains at the top of the list despite a nearly $5 billion drop in his net worth within the year under review. Dangote has been holding the position for six years in a row, with a meager decrease in wealth over the past two years. He is the founder and chair of the continent’s largest cement producer. To reach markets in other African nations, Dangote Cement has launched new plants in Ethiopia, Zambia, Cameroon, and Tanzania.

Aliko Dangote is the richest person in Africa.

Paradise Papers- All You Need To Know About The Big Leak ✔
Africa: The world’s fastest-growing continent
Top 15 Businesses That Make The Most Millionaires
Did China make the rest of the world aware of the opportunities in Africa?
Meet Isabel dos Santos, Africa’s Richest Woman ✔
These are the 20 highest-paid athletes in the world ✔

In the wake of Nigeria’s economic meltdown, two Nigerians fell off the Billionaires list this year. Femi Otedola oil marketer of Nigeria saw his net worth drop from $1.6 billion in November 2015, to $330 million. Another Nigerian by the name Abdulsamad Rabiu, also dropped off the list after his net worth dropped below $1 billion.

This year’s global wealth report has listed only three Nigerians, including Mike Adenuga, who is Africa’s third richest individual with a fortune worth $5.8 billion. Coming in the third position is Folorunsho Alakija, the vice chairman of Nigerian oil exploration company, Famfa Oil with an estimated net worth of $1.6 billion. She is the second richest woman in Africa.

Of the total 21 wealthiest people on the continent, only two are women. In addition to Nigeria’s Alakija, Angola’s Isabel dos Santos is Africa’s richest woman with a $3.2 billion fortune. The president’s daughter, dos Santos, was appointed the head of Angola’s state oil firm Sonangol in June 2016.

Alakija started off with a fashion label company that dressed Nigeria’s elite women, including the wife of the former military president, Ibrahim Babangida, who later awarded Alakija’s company an oil prospecting license.

Dos Santos comes in at position 8 on the continent’s list while Alakija is at number 14.

When it comes to age, Tanzanian Mohammed Dewji is Africa’s youngest billionaire. He is currently the CEO of a multinational company METL, which was founded by his father in the 1970s. On the flip side, Onsi Sawiris, an Egyptian, is the oldest billionaire (86) and the father of two other African Billionaires- Naseef and Naguib Sawiris.

Naseef who happens to be Egypt’s richest billionaire, gained up to $400 million to stand at $5.3 billion since November 2015. His brother, Naguib, was Egypt’s biggest gainer on the list. His net worth increased by $700 million in the past year.

Contrary to what Africa’s billionaire list growth curve indicates, a new study reveals that sharp rises are expected in a number of countries in the continent. Top on Frank Knight’s 2017 Wealth Report by New World Wealth, is Mauritius whose reputation as a relatively safe, business-friendly country with lower tax rates surpasses those of other African nations. As such, it remains popular investment haven for the wealthy.

“The country will also be bolstered by its strengthening local financial services, with a forecast 130 percent rise in its ultra-high-net-worth individuals (uhnwi) population over the next decade,” Mr. Andrew Amoils Head of Research at New World Wealth says.

Other countries mentioned include Ethiopia, Tanzania, Uganda, Kenya, and Rwanda. The report noted that 11 out of 20 countries, whose ultra-wealthy populations have grown most rapidly over the last decade, are in Africa.

New World Wealth notes that while the “total UHNWI population in these African countries is starting from a relatively low base, wealth is expected to increase all the way up the chain, with 7,500 new millionaires set to be created over the next decade in Kenya alone,” part of the report reads.

Wealth growth trends in Nigeria will, however, not increase over the coming decade, the report notes adding that this is due to a 20 percent decline last year brought about by economic and political tensions in the country.

The overall growth in ultra-wealthy populations in Africa is estimated to increase by 33 percent compared to Latin America’s 37 percent, outpacing that in Europe and North America.

Forbes report indicates that thirteen out of Africa’s 21 billionaires have self-made fortunes, while the other eight inherited their wealth.