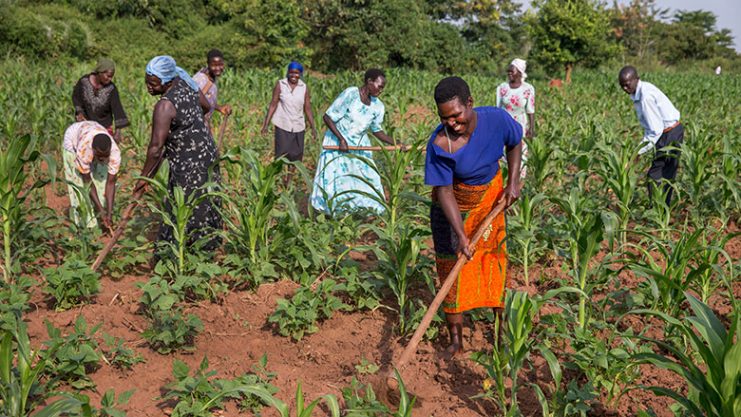 Africa’s dependency on trade with Europe is declining. Trade with Africa – and within Africa – has seen a number of new developments in recent years as new trading partners become more prominent and the world starts to turn towards the continent’s various economic opportunities.

Charles Brewer is the sub-Saharan Africa managing director for DHL Express, a logistics company with just under 35 years experience in Africa. According to Brewer, who has worked at DHL for 29 years in a number of positions and locations across the world, the past few years has seen three key trends in African trade.

1. Dependency on Europe is reducing

“The first trend is that the dependency on Europe is changing quite significantly,” said Brewer. “Historically Europe was a main trading partner for Africa.”

While Europe-Africa trade has decreased in recent years, Brewer said that it is still a key player in African trade, with countries such as the UK and Belgium (and other old colonial powers) still being important markets for Africa. “So those countries still sit very prominently as trading partners but the dependency is becoming a little less, which I personally think is a good thing.”

This dependency on European trade is diminishing for a number of reasons. “Firstly because the European economy has been absolutely sick as a dog for the last few years,” said Brewer.

The Eurozone crisis has notably affected trade with Africa, but this has come alongside an increase in trade from other emerging markets such as Asia and, in particular, China.

2. Africa is gaining a broader spectrum of trading partners

“Our trade with Asia, which is the second point, is growing significantly and in fact in 2011, trade between South Africa and China grew at 77%,” highlighted Brewer. “So it’s growing at an incredibly rapid rate.”

China has become Africa’s number one trading partner in recent years, which is one of the reasons why the economic powerhouse has also become a major investor in African transport and logistics infrastructure. In addition Brewer said that other BRICS economies – such as India, Brazil and South Africa – are also increasing their trade with the continent. “And of course the US is still a very important market.”

3. Manufacturing beginning to come to Africa

Whether it is electronics, vehicles or medical equipment, Africa has to rely on importing these products from other places in the world. One of the ramifications of this is that companies and consumers have to suffer the price increases to cover transport and logistics costs in Africa.

“There is not a lot of production happening in Africa today. It is going to change but today that is the reality,” said Brewer. “So contextually our trading partners outside of Africa are more important than our trading partners in Africa, but that is changing and you have countries like Ghana, Mozambique, Ethiopia, Uganda, South Africa, Nigeria particularly, and Liberia, growing very rapidly.”

READ ALSO:  DNA Evidence Proves That The First People In China Were Black

“So that’s the current climate and I think it is going to change, and the next step for Africa is production coming to Africa,” he added.

Brewer said that he is already starting to notice a shift towards manufacturing in Africa, with large companies, particularly tech companies, looking at bringing their production to the continent. “Currently these companies are producing either in China, Brazil, Mexico or – to a certain degree – in Europe and the Eastern European states, and then they hub through locations like Dubai or Singapore into Africa, or indeed through South Africa into the rest of Africa.”

“Well those companies are now looking at Africa and saying, ‘where can we put production locations in Africa?’. And when that happens it will be the same as what we see in Asia or Europe where what we produce here, stays here,” concluded Brewer.

READ ALSO:  Want To Make Money In Africa? Start by Solving Any of These 5 Serious Challenges
Get More Customers and Grow Your Business. Advertise Your Business for Free on Ghana Businesss :)