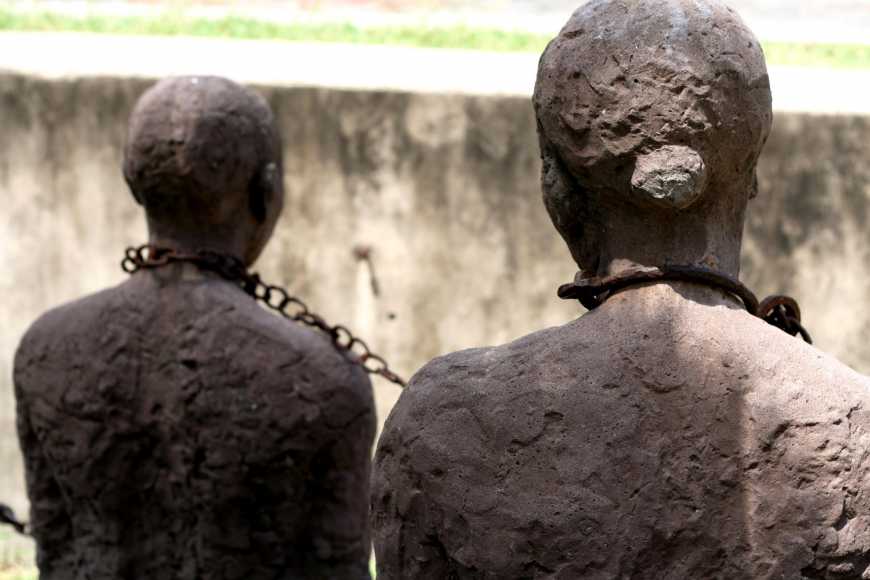 Afro-Iranians!! The Little Known Facts Every African Should Know About The Iran’s Slave Trade! – When most people think of slavery, Iran often does not come up as a target for all the ire and anger that the slave trade is right to elicit. Iran did, however, have a slave trade that has led to a lesser known community in Iran – the Afro-Iranian.

Only academics have been known to use the term Afro-Iranian, the community being referred to have been so thoroughly integrated into Iran that the distinction is seen as unnecessary. There is, however, a history there that is often ignored by Iranians and the rest of the world.

The slave trade in Iran was pretty diverse. There were classifications like white slaves and black slaves and even a designation for eunuchs. The country was at the crossroads of slave trades and so slaves came in from the North – the Caucasian slave-trade, the central Asian slave-trade and the Persian Gulf slave-trade from the south which brought in East African slaves.

Iran had more of domestic slavery

Whereas in the West which we mostly associate with a history of slavery, instances of agricultural slavery reigned, the type that was most common in Iran, was domestic slavery.

READ ALSO:  Africans Are Manufacturing Their Own Powerful Weapons – North Korea, Be Warned!

In essence, slaves were brought into the home to help take care of the children or take care of the household chores. They lived in close proximity to the family and this form of slavery has sometimes been touted as benevolent. Benevolent because the slaves were said to be treated much better than the horrific treatments meted out in instances of agricultural slavery.

Efforts were made in 1840 to abolish it

The king of Iran, the Shah of Iran and Great Britain signed an agreement in 1848 to halt the slave trade into Iran. Unfortunately, the king of Iran died a week later and the agreement fell through as his son was less enthusiastic about its enforcement. It showed, however, that slavery was fast losing its popularity in the eyes of the people.

Due to a marked reluctance by older Iranians to have that part of their history known by the world at large, most people have a skewed view of Iranian slavery that refers back to ideals of Islamic slavery.

It was finally abolished in 1928; internal pressures for reform led to its abolition. On February 7, 1929, the Iranian National Parliament ratified an anti-slavery bill that outlawed the slave trade or any other claim of ownership over human beings. The bill also empowered the government to take immediate action for the emancipation of all slaves.

READ ALSO:  Top 10 Most Powerful Countries In Africa
Get More Customers and Grow Your Business. Advertise Your Business for Free on Ghana Businesss 🙂