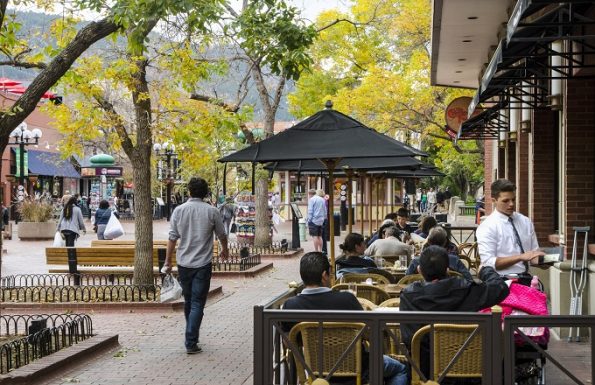 Americans Are Getting Richer…Kind Of. Most people know that the majority of the wealth in this country is concentrated at the top. Beyond that, not many know much about how that wealth is distributed, managed or spent.

An August 2016 white paper from Ipsos Connect entitled “The Importance of the Affluent Market: Income, Wealth and Spending” breaks down income, financial assets and spending for the top 20% to 25% of households (defined as having more than $100,000 in annual income) and compares it to the general population. It shows that Americans are getting richer – but with a caveat.

Americans Are Getting Richer…Kind Of

For a look at how U.S. incomes compares with those in the rest of the world, see Are You in the Top One Percent of the World?

Note that the Census Bureau changed the methodology used for its Current Population Survey (CPS) in 2014, resulting in an increase in mean income across all population quintiles.

The most recent government data reveal that the top 20% to 25% of households hold a disproportionate share of income and wealth, compared to the bottom 75% to 80% of the country.

Specifically, affluent households – which make up roughly  25% of the population – earn 58% of all income. Even more revealing, those same households hold 74% of the total net worth of all American households.

In essence this means the number of rich people continues to grow, but at a slower pace than before. According to the most recent U.S. Census Bureau data, the current U.S. affluent population (25% of households) includes 31% of all adults in this country.

Almost half of all households (60 million) have less than $50,000 in annual income. This makes the median income of affluent households two to three times higher than that of the general population.

According to the most recent U.S. Census Current Population Survey, after adjusting for inflation, household income for the top quintile (20%) grew 76% between 1968 and 2015. The top 5% (ultra-affluent) grew an astonishing 91%.

READ ALSO:  List Of Online Jobs In Ghana That Can Make You A Millionaire

Meanwhile, household income for the bottom 80% (100 million homes) grew just over 24% during the same 48-year period.

Trends in Net Worth

In terms of growth, inflation-adjusted household net worth for the top 20% shows growth of 74% between 1989 and 2013. Interestingly, the largest growth happened in the bottom fifth of the population, where net worth growth approached 96%. (See The Shrinking Number of the Ultra Rich.)

A look at cumulative household net worth shows that the real net worth losers during this period were the middle class (third and fourth income quintiles). This part of the population actually showed a net worth loss (-1% for the third quintile and -3% for the fourth quintile).

Assets for the affluent and ultra-affluent classes average $2.1 million and $6.3 million respectively. The majority of these assets are held as businesses, primary residences and retirement accounts.

The non-affluent population averages $226,000 in total assets. Sixty-seven percent of these assets are non-financial, with 43% tied up in a primary residence.

The average affluent household spent more than $104,000 in 2015. Ultra-affluent households averaged almost $146,000. The general population averaged about $53,500. Despite the differences in budget, the top spending categories for all three groups were housing, transportation, personal insurance and pensions, food and healthcare.

In two other key areas, education and food, the percentage increase in affluent spending was less than that of the general population.

The Ipsos “Affluent Survey White Paper” reveals that although the wealthy class is growing, it is growing at a slower rate than before the Great Recession.

The paper also shows that the financial chasm between affluent and non-affluent households is considerable. The top 20% to 25% of households continue to hold a disproportionate share of income (58%) and net worth (74%). Those households also account for a significant share (39%) of annual consumer spending.