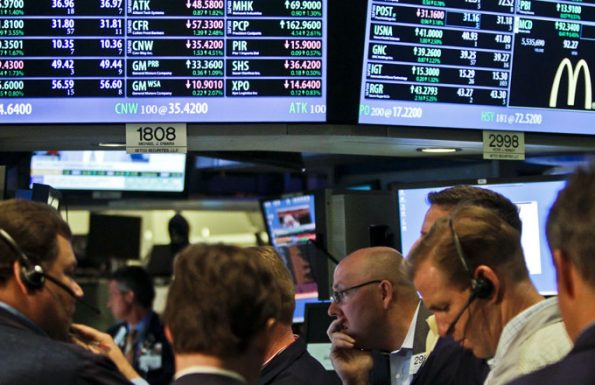 America’s Poorest States in 2018. While several methods exist to determine which U.S. states are the poorest as of 2016, looking at median household income offers a simple and straightforward way to compare how much a typical family in one state is earning versus a typical family in another state. Based on this metric, the poorest states in America are Mississippi, West Virginia and Arkansas.

The Gap Between Rich and Poor

Income inequality is a hot topic in 2016. Politicians and activists have brought to the forefront of the national conversation the fact that the gap in earnings between the richest Americans and those at the bottom of the economic ladder is greater than at any time since the 1920s and 1930s. While the most affluent citizens continue to amass extravagant fortunes, build opulent mansions and live lifestyles of luxury, poor people struggle more each year, their wages rising more slowly than the inflation rate, which means that, in many cases, their paychecks have less purchasing power now than five or 10 years ago.

Glaring discrepancies in income are seen at the state level as well as the individual level. Common threads exist between the richest states and between the poorest states. Wealthy states, such as Maryland, Connecticut and New Jersey, tend to have high educational attainment among citizens and are located in close proximity to major economic hubs, such as New York City and Boston. Poorer states almost invariably have a less-educated populace and offer less in the way of economic opportunity. None of the 50 largest U.S. metropolitan statistical areas (MSAs), where high-paying jobs are often found, are located in Mississippi, West Virginia or Arkansas.

It should be noted that positive correlation exists between states’ affluence and their cost of living. The median family in Maryland earns almost twice what the median family in Mississippi earns, but each dollar goes further in Mississippi. Much of the wealth in Maryland comes from the Washington, D.C. to Baltimore corridor, where everything from real estate to gas prices runs higher than the national average. By contrast, Mississippi offers some of the nation’s lowest living costs.

As of 2015, the median household in Mississippi earned $39,680, compared to a national median of just under $54,000. The state’s May 2016 unemployment rate was 6%, significantly higher than the national rate of 4.5%. In addition to the lowest median household income, Mississippi had the nation’s highest poverty rate in 2015 at 21.5%. The latter figure suggests that, on average, more than one out of five four-person households in the state earned less than $24,300.

Mississippi has low educational attainment and a dearth of urban centers with high-paying jobs. Only 21.1% of the state’s residents hold bachelor’s degrees, compared to 30.1% of people nationally. Mississippi’s largest city, Jackson, ranks 94th in the nation in MSA population.

West Virginia’s median household income in 2015 was slightly better than West Virginia’s at $41,059. However, with coal energy becoming taboo in the United States and mines shutting down with regularity, pessimism that West Virginia’s economic fortunes could turn from bad to worse is palpable in the state. Out-of-work miners face difficulty training for new careers, as fewer than 20% of West Virginians hold a bachelor’s degree or higher. The state’s June 2016 unemployment rate is 6%, and nearly one in five households in West Virginia lives in poverty.

READ ALSO:  Where Is 5G Available - Countries That Are Already Enjoying 2021

Arkansas has slightly higher household incomes than Mississippi and West Virginia and lower rates of unemployment and poverty. In 2015, the median Arkansas household earned $41,262. The state’s June 2016 unemployment rate of 3.8% was actually much better than the national rate. Unfortunately, the abundance of jobs in the state has failed to prevent a sizable number of its residents from being mired in poverty, with nearly one in five Arkansas households below the poverty line.

The problem in Arkansas is not a lack of jobs, it is a lack of jobs that pay enough to support a decent lifestyle. A 2016 study by the Washington, D.C.-based Corporation for Enterprise Development found that Arkansas had the third-highest percentage of low-wage jobs, defined as occupations with median annual incomes less than the federal poverty rate for a family of four. The two states with higher percentages were Mississippi and West Virginia.