11 annoying practices Africans must abandon in order to conquer the world. When we hear derogatory comments about beloved Africa, our first reaction may be to get defensive.

After all, Africa is a continent filled with beautiful cultures, exquisite cuisine, plush scenery, fascinating languages and the best examples of ingenuity, strength and resilience.

Nonetheless, there are issues at hand to be discussed.

The continent is considered ‘third-world’ or ‘developing’ for valid reasons. Many countries lack basic commodities such as health care, adequate infrastructure, education and leadership. Simple processes that are a breeze elsewhere are long, arduous or non-existent here.

Fortunately, this notion can be changed but it will take a shift in thought processes and practices we are all too comfortable with.

Keep reading to learn the eleven practices Africans must abandon so they can conquer the world:

Africa is largely dependent on aid from the United States, Europe, Asia and international donor agencies to develop its nations and its people.

This unapologetic dependency takes its roots from the colonial period when the continent was managed by European nations. Independence failed to liberate Africa economically as its leaders continued to fall in debt due to mismanagement and corruption.

Efforts made by some African leaders like Ghana’s Kwame Nkrumah, Burkina Faso’s Thomas Sankara, DR Congo’s Patrice Lumumba among others to gain economic independence and development without aid were thwarted by coup d’état fueled by the West.

As current Ghanaian President Nana Addo Dankwa Akufo-Addo reiterated during Ghana’s 61st independence anniversary parade on March 6, “The taxpayers of the aid-givers have a right to decide how their tax money is spent. The truth is that, even if there were no aid fatigue, and with the best will in the world and the most charitable governments in place in the so-called donor countries, there will never be enough aid to develop Ghana to the level we want. Aid was never meant to be what would bring us to the status of a developed nation.”

A man hiding his true intentions…Exploring your mind

The old adage still holds firm; you get more bees with honey than with vinegar. However, in some places in Africa, flattery can be used as a manipulative tool to secure money, expensive gadgets or a comfortable lifestyle.

It is not uncommon for some to lie, steal and cheat others just to gain their heart’s desire to the detriment of others and the society at large.

What happened to being your brother’s keeper?

Yes, government officials are elected to serve the people, often called to put their own personal desires aside for the greater good. Nonetheless, many people in influential positions in the continent use their posts to hoard money, wield power around and brag about their social status.

Some examples worth mentioning are the first president of Zimbabwe, Reverand Canaan Banana prohibiting his last name being used so he could stop people from making jokes mocking his surname. Then there is the President of Comoros, Azali Assoumani.  Assoumani is among a hefty list of presidents who have extended their terms in a sad attempt to hold on tightly to power.

Imagery of crabs in a barrel mentality…FTESWL

“Crab in a barrel” mentality

Sadly, if you are doing well for yourself, you can’t always expect your fellow countryman or woman to clap and cheer loudly for you. Opportunities are scarce as it is and one captured chance can make it or break it for someone else.

So competition and shadiness is the name of the game. If you accomplish a coveted goal expect only precious loved ones and true friends to be truly happy for you.  If you happen to have a setback it may be to the delight of the masses, which is such a shame as it limits the prosperity of individuals who have the power and ability to change a society.

The grass is greener out there thought process – to an extent

Due to decreased chances of advancement, many Africans think traveling outside of the continent yields an increased chance of success.

Whether this is true or not, if everyone wants to leave their ancestral land for greener pastures, how is it grow to its fullest potential?

Trying to please the “massa”

From personal accounts, I’ve heard people recall being denied certain services or goods yet when an Asian or white person requests the same, they are given optimal service with a smile on top. It is a shame that anything ‘white’ is automatically seen as right and superior.

Instead of trying to please and cater to outsiders, it’s imperative to foster positive relationships between the various African countries.

As Kagame expressed during his attendance at the African Leadership Forum earlier this month, “In Africa, we have everything we need, in real terms. Whatever is lacking, we have the means to acquire. And yet, we remain mentally married to the idea that nothing can get moving without external finance.”

Kagame put his money where his mouth is by signing the African Continental Free Trade Area. A pact that aims to boost regional integration that will foster development.

He concluded, “The entry into force of the African Continental Free Trade Area is set to significantly increase trade within Africa, and consequently improve tax collection, we gain immeasurably by trading with each other, and lose so much when we don’t.”

Preferring to use Western products as oppose to homegrown ones

Foreign products may be so expensive that the average consumer has difficulty purchasing it yet there are quite a number of same if not similar products at home. From remedies and medicinal practices that started in the motherland to oil, diamonds, timber and gold, these resources can boost many economies if we focus on improving their use and production.

Miners in South Africa…Footprint to Africa

Since the formation of the Trans-Atlantic slave trade, precious minerals and other exportable items have been used to yield profits for colonizers. This has occurred at the expense of our people.

In any corner of the continent, these same items can be used to improve the quality of life for many, yet circumstances remain the same.

One example is Chinese citizens setting up shops and gaining major coinage in Ghana while exploiting Ghanaian resources.

Using your own surroundings as a personal garbage receptacle

In certain African countries such as Ghana, Uganda and Malawi, defecating in public and open spaces such as forests and open bodies of water is seen as no big deal.

On the other hand, this unhygienic practice contributes to the spread of bacterial diseases such as cholera, diarrhea and polio infections.

And let us not forget burning garbage which can cause cancer-causing chemicals to seep into the water we consume and the air we breathe.

Finally, the lack of efficient disposal of trash which produces atrocious landfills.

Traditional practices that harm rather than help

From disgusting blood rituals, female genital mutilation and ‘kidnapping’ potential mates to name a few; there are certain rituals that can be done away with.

These rituals exist for the sake of preserving culture but can do more harm than good.

One instance is rape culture and the seemingly nonchalant attitude about its occurrence.

Unfortunately, it can have devastating consequences such as in the case of 23-year-old Khensani Maseko.  Maseko committed suicide after being raped while attending college in South Africa.

Laughing at people with mother tongue influence in their speech

Being that there are numerous languages and dialects spoken throughout the continent, it is natural that we will all have different tonalities, phrases and accents.

This is what adds to the rich culture that permeates throughout the different countries. This can also because of ridicule and conflict. Having a unique accent is a strength, not a weakness or a reason to discriminate or hate one another.

All in all, if we are at odds with each other how can we expect to improve the conditions that lie before us? How can we expect others to help us when we can’t see our fellow man or woman ‘make it’ or at the very least, help ourselves? 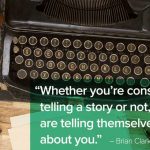 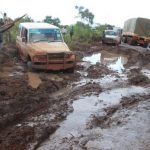