The Average Salary of a Newly Elected Congressman – Congressman Salary.  Being elected to Congress may present an increase or a decrease in the newly elected official’s salary. There are also limits on how much congressional members can earn outside of their legislative work. Though their formal honorific is “Representative,” members of the U.S House of Representatives are frequently called congressmen or congresswomen, while U.S. Senate members are mainly called senators. Article I, Section 6, of the U.S. Constitution requires members of Congress to decide its pay.

As of 2012, the base salary for all members of the U.S. House and Senate is $174,000 per year, plus benefits. That base salary is lower than that of many lawyers, doctors and business people in the United States. Both houses of Congress have not raised member salaries since 2009. Congressional members who reach leadership positions over time receive higher salaries. The highest of these is the compensation for the speaker of the House at $223,500, while the president pro tempore of the Senate and the majority and minority leaders in the House and Senate receive $193,400 annually, the Congressional Research Services notes.

Though they have not taken one since 2009, congressional members currently receive salary increases through an annual adjustment process in which members receive an automatic cost-of-living increase. The salary increase takes effect automatically on Jan. 1 of each year unless Congress votes to decline it. Individually, members can also opt out of raises.

Outside Income and Honoraria

On top of their base salaries, congressional members can earn a certain amount of outside income for gainful activities, such as performing work for businesses they own. But they cannot earn more than an amount equal to 15 percent of their annual rate of congressional base pay. In addition, certain types of outside earned income are strictly prohibited, specifically those that may give an appearance of having a relationship that could influence the way an elected official votes. For example, no income is allowed from fiduciary relationships, which are business associations where an individual is trusted to manage the money or assets of others. Congressional members also cannot teach without approval of the Senate Select or the House Committee on Standards of Official Conduct. Additionally, they cannot accept honoraria payments for such services as giving a speech.

The cost of living in the District of Columbia area is higher than in most congressional members’ home districts. To help defray some expense, members are allowed to deduct on their federal income tax up to $3,000 of living expenses annually, accrued while they are away from their congressional districts or home states. They are also each given allowances to meet costs for their staff, official office expenses and mail.

Salary for new members of Congress begins on Jan. 3, right after they are sworn in. The Constitution sets this date, but Congress can legally vary it. To provide some transparency, all members of Congress fill out a Financial Disclosure Report each year to reveal information about their earnings and investments. 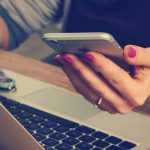