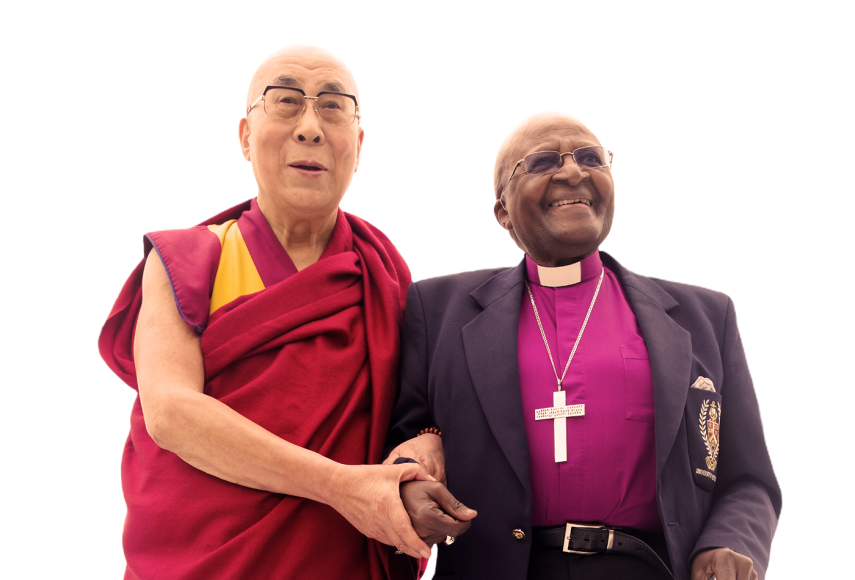 The Book of Joy By DALAI LAMA, DESMOND TUTU and DOUGLAS CARLTON ABRAMS – What happens when the Dalai Lama and South Africa’s Archbishop Desmond Tutu get together to write a book? An outburst of joy and wisdom is definitely guaranteed and it’s no wonder the book that the two co-authored is called ‘The Book of Joy‘.

The chief question of The Book of Joy is; ‘How do we live a life of joy in the face of adversity?’ and both men are uniquely suited to answer that question with the hard-won victories they both have to their names.

The Dalai Lama is currently exiled from Tibet due to clashes with Beijing (he campaigned for Tibet’s independence from China) but he still leads the call for compassion and peace in the world. On his own end, Archbishop Desmond Tutu spent decades outside South Africa. He fought apartheid and was instrumental in SA’s eventual transition to anti-apartheid rule.

See Also: What Africa Should Learn From The Marxists – Thomas Sankara & Fidel Castro

In the book, the two exposit on their topic through deep dialogue and playful laughter in a meet that took place over the course of a week when Tutu, 85, flew to Dharamsala to see his old friend last year and mark the Dalai Lama’s 80th birthday. The two are beloved friends and in the discussions, they share their hard-won wisdom of finding enduring happiness and joy in the face of life’s challenges.

The Book of Joy was co-authored by Douglas Abrams, and its basic message focuses on a belief that people are innately good, with a deep desire to find “lasting happiness in a changing world,” according to the book’s subtitle. The Dalai Lama and Archbishop Tutu say at a point;

“No dark fate determines the future – we do. Each day and each moment, we are able to create and recreate our lives and the very quality of human life on our planet.”

An extract which was published online saw Archbishop Tutu displaying such gratitude about his relationship with the Dalai Lama. In his words,

“I don’t know that you wake up in the morning and say I’m going to become a friend to the Dalai Lama. It just happens. Scientists will come afterwards and analyze it … When we kept quiet, our hearts discovered that they were kindred spirits.”

Published by Penguin Random House on Sept. 20, The Book of Joy is a New York Times bestseller.

READ ALSO:  Google and Facebook’s Small Business Grants: What You Need to Know