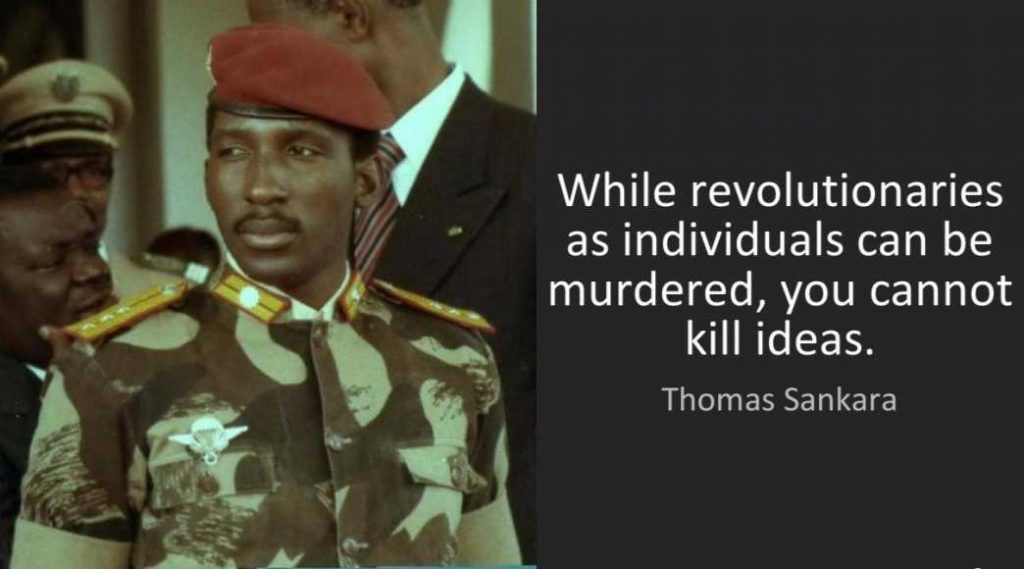 Burkina Faso finally puts word to action by immortalizing one of Africa’s greatest leadership figure of all times. Thomas Sankara, popularly known as the ‘Che Guevara’ of Africa is a leader Burkinabes will not forget in a hurry.

The memorial will be helpful in preserving the history, and ideals that Sankara stood for. Very often it appears as though African heroes are ‘uncelebrated’ and remembered less. Setting up the Thomas Sankara memorial will be good to avoid the sad tendency.

As Mandela is to South Africa, so also is Thomas to Burkina Faso. Late last year, one of Africa’s leading tyrants and sit-tight president was charged for the murder of Thomas Sankara.

Blaise Compaoré was charged with the assassination of his comrade and Burkina Faso’s Head of State, Capt Thomas Sankara; whose government he toppled and took over in 1987. Blaise ruled afterwards for a long period of 27 years.

The great man was only 33 when he assumed the seat as the President of Burkina Faso. he served for 4 years before he was murdered in a coup that deposed his reign.

According to BBC report, Jerry Rawlings will oversee the construction of Thomas Sankara’s memorial, which will include a museum. The cost of the construction has been summed to an estimated $8 million.

In few years of his reign, he drastically turned the economic and general outlook of the country for the better; earned $450 a month; self-effacement was his motto; he promoted hard work and self-sufficiency in his administration; he advocated for women empowerment, thus abolishing Female Genital Mutilation (FGM) and polygamy; he revolutionized health and education sectors, especially in remote parts of the country.

Thomas Sankara’s memorial will help to preserve the revolutionary’s ideals on African Unity and socio-economic freedom.