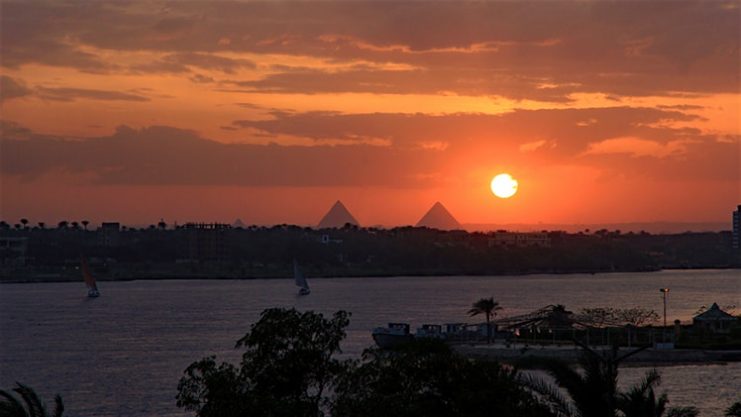 Cairo might not be your first port of call when youâre after a good night out in the Middle East, but after some tough years, itâs made a raucous comeback. Whether youâre looking to meet up with locals and fellow travellers bopping along to old-school beats or you want to get star-struck along the River Nile, itâs better with a beer in hand at one of these beacons for night owls.

Most underground bands in Egypt emerged after the 2011 revolution, which is when the long-standing (by Cairo standards) Cairo Jazz Club became the go-to place for a crazy night out. Despite its name, Cairo Jazz Clubâs music choices span the spectrum from indie rock to hip-hop acts. No matter when you stop by, youâre bound to hear some of the best bands in town.

To see the more traditional Egyptian entertainment of belly dancing, head to the hipster part of downtown Cairo near Talaat Harb St. The grungy-looking Shahrazad casino, with astral lighting and suave Arabic music audible from the street, might not look the part from the outside, but head upstairs to the first floor, where you can sit down, relax and order a Sakkara, the ubiquitous local lager, which comes with a bowl of lupin beans to munch on. Donât get too comfortable because the performers often invite members of the audience to join in. Shahrazad is open seven days a week until dawn, so you might find that your morning plans are postponed after a visit here.

Hidden away on a back street on Zamalek Island, Crimson Cairo has an unbeatable Nile view from its rooftop terrace. Sip on a glass of red from local winery Omar Khayyam at one of its tables overlooking the riverbanks, which all have a birdâs-eye view of the city lights.

Having been on the nightlife scene since Egypt was dusting off the monarchy, the Cairo Cellar is a royal reminder of the past in the basement of The President Hotel, on Zamalek Island. This retro-chic English-style pub with a giant cellar stuffed full of liquor and wine, and itâs the place to try the Cellarâs own gin.

We hope you packed your dancing shoes because The Tap is going to put them to work. This is one of Cairoâs favourite spots to let loose, although the policy for getting in is not lax, so be sure to make a reservation. When you make it inside, let your ears adjust, as the music (often from live bands) can go from quiet to intense in no time. When the dancing session comes to an end, channel your inner Messi through a game of foosball, or get competitive at the arcade machine.

With whirling dervishes and baladi (traditional) dancers, The Golden Pharaoh boat is always pulsing with pounding music and authentic Egyptian atmosphere. This cruise down the River Nile, which can be taken off Nile St in Giza, is perfect for a low-key night out, as you sail in a loop between Zamalek and Giza. The 14m-long luxury craft looks royal from the outside and carries a long string of buffets full of Middle Eastern and Egyptian cuisine. There is a guaranteed tanoura dance afterwards, where a dervish performs a traditional folkloric dance wearing a colourful skirt while twirling in never-ending circles.

Downtown Cairo has a hot alternative music scene, and Zigzag is the host. Just around the corner from Steigenberger Hotel, the newly opened venue is been home to all sorts of beats: African, South American and electronic. While bands or DJs get set up, grab the nearest table and order one of the best mojitos in town. Though itâs almost always packed, the dance floor can always squeeze in a few more. Reserve via Facebook message and put on your best outfit.

For a local night out that could last until the wee hours, head to Khan Al Khalili, a centuries-old shopping area. Get lost amongst the souqâs lit-up alleyways and then eventually find yourself at Fishawiâs or around the corner from the Mosque of Sayyidna Al Hussein to one of the many multi-coloured stalls for basbousa (a semolina-based dessert), drizzled with extra sweet syrup, or pistachio mashed with whipped cream on top of kunafeh, a highly addictive dessert of shredded dough and cream cheese. A classic way to wrap up the night is with a cup of hot mint tea while playing a game or two of backgammon.

If you want a more DIY night out, hire a felucca for an impromptu sail down the Nile. It will take a bit of preparation: youâll need to buy a few bottles from Drinkies and make a playlist of your favourite tunes. Feluccas can be rented from locals across from KFC on Abu El Feda St in Zamalek by the hour, and the operator will do the driving while you take care of the rest. The open-top boats allow for the wind to breeze through and carry your revelry into the Cairo night.

READ ALSO:   6 Best Tips for Saving Money on Labor Costs
Get More Customers and Grow Your Business. Advertise Your Business for Free on Ghana Businesss 🙂