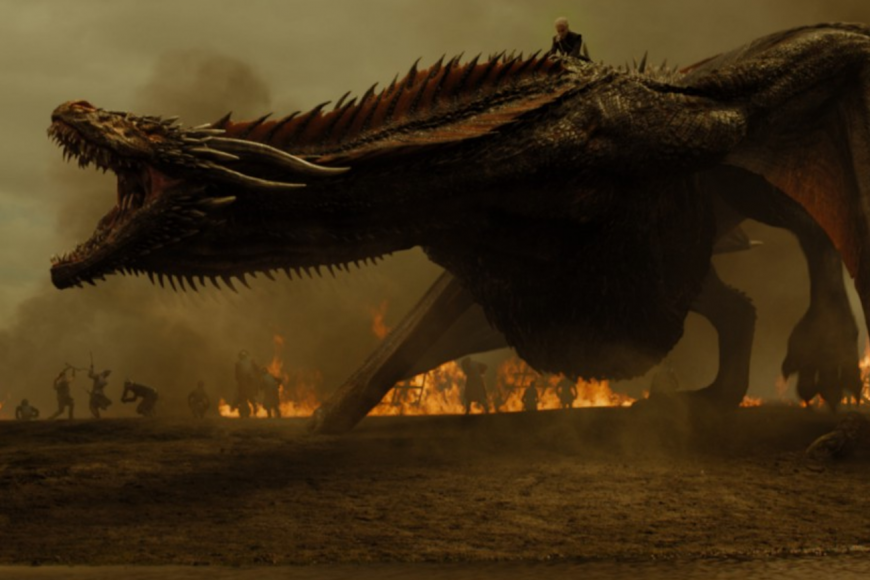 Now in mid-career, I have been thinking more and more about how to be a better leader and which type of leader I will ultimately become. There’s one catch, I am a woman, and that changes the advice I get on leadership. To be a female leader, I’ve been told by multiple women in business, “You must be warm. You must be in good physical form. You must act like a lady.”

Are you kidding me? What man is told this?

Related: Why Entrepreneur Magazine Planned a Morning of Surprises for Two Kidpreneurs

Looking to pop culture, it seems like to truly lead and be given the respect you deserve as a female leader, you may just need a dragon or two or three to get ahead. Don’t get me wrong, watching Game of Thrones is my happy place as a feminist — women dominate leadership roles and there’s a good chance a good woman will end up on the Iron Throne. But do we need fire-breathing reptiles to advance?

There are a few jobs where women come out ahead in business. According to research recently done by DiscoverOrg, female executives remain mostly segregated in three departments: Human Resources, Communications and Compliance.

Broken down by specific executive titles:

READ ALSO:  10 Most Disgusting Delicacies in The World

Related: 6 Skills You Can Learn Online for a Lucrative and Productive 2017

Why do we lag in the second group? In my experience, it starts in grade school. There’s an idea ingrained in our culture that girls just aren’t as good at math, and as we’ve seen, that can extend to horrible memos written by men at progressive companies such as Google discouraging women in tech.

I wish the world would change overnight, but that’s not very realistic. What can change overnight, however, is how we women view ourselves. I refuse to be put in any box and I encourage my daughters to pursue their passions for math and science, their best subjects as they hit high school this fall.

So, here’s to changing those statistics in the years ahead. And here’s to supporting the next generation of women in school and women in the workplace. Men should join the band wagon, too. Let’s rethink the hiring process to not assume that one gender is better than the other at anything.

But to speed things up, if anyone has a dragon I can borrow, that would be great.

READ ALSO:  5 Elements that Build a Roster of Terrific Clients
/ 5