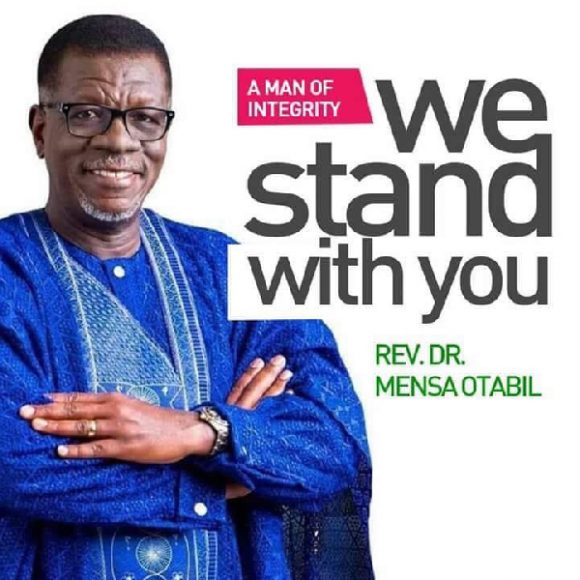 Get More Customers and Grow Your Business. Advertise Your Business for Free on Ghana Businesss 🙂
Members of ICGC are circulating this artwork as they believe their pastor, Dr Otabil is not guilty

Religion impedes critical thinking, it’s the only poison that is capable of making decent men and women support thievery, human atrocities, injustice and even surrender their thinking faculties in hope for a fabricated redemption. And this, for centuries, has been the adversary curtailing the progress of those who deeply subscribe to it, largely poor Africans.

In sub-Saharan Africa lies a country called Ghana, with an overwhelmingly huge religious population—headed by pockets of conmen, parading themselves as intermediaries of the religious populace and an invisible celestial dictator, God. These conmen, also grossly cruel, swindle the poor on the back obsolete monolithic era doctrines and the poor, I mean the blind fools, call these charlatans men of God or spiritual fathers.

They do not just call them men of God, they also forcefully cloth them in a shield of immunity—so thick that, even when these conmen have been caught in action, they refuse to accept the glaring fact, and with all pride, ‘stand with these men.’

A few years ago, a non-religious leader from Ghana called Alfred Woyome, an astute businessman, received some 51million cedis as judgment debt from the state. Later, the Supreme Court of Ghana asked him to cough up the money after the apex court declared the payments unlawful.

The above matter involved complex contracts and legal arguments. But the Ghanaian social media landscape crucified the man in unison, for receiving 51million cedis that were willingly paid to him, albeit later deemed illegitimate.

No one, not even any of the countless imbeciles in Ghana was seen on social media as standing with this man who continues to fight his innocence and the legitimacy of the payments through the courts scattered around us.

READ ALSO:  Why Did Kenya Add Asians To Their List Of Tribes?

The mantra was, Woyome is a thief who has caused financial loss to the state. Some even called for his head to be put on a spike because Ghana comes first.

Same Ghana and its citizens have recently suffered greatly, caused by the porous banking sector, in an attempt by the Bank of Ghana to prevent further leakage. Some banks including Capital Bank have been closed down because of financial mismanagement—perhaps, embezzlement.

As the banking crisis deepened a few days ago with the consolidation of 5 other banks, media attention moved into that sector again, and it has emerged that at the time Capital Bank, with Rev. Mensa Otabil as the board chairman, was on its knees, the Bank of Ghana took 610 million cedis (about 128 million dollars) of taxpayers’ money and gave it to the bank, to help safeguard it from collapsing.

Eventually, the bank collapsed. What happened to the money Bank of Ghana gave to the bank? This million-dollar question leads you through a longwinded wormhole, to the doorsteps of those who were in charge of the bank, especially Mensa Otabil, the chairman of the board.

Among other financially shocking transactions that took place after the Bank of Ghana bumper 610 million cedis came in, the board of directors of Capital Bank with Otabil has the chairman “dished out ¢27.5m to a Board member to hype the business. The word in the report was “business promotion”. While still under distress but having received the bail-out, the board approved an expenditure of ¢2.6M and $50,000 on “re-branding.”

The board of directors with Otabil as chairman “ratified a proposal to increase the fees and benefits of directors (themselves), including two first and business class air tickets for all members of the board.” 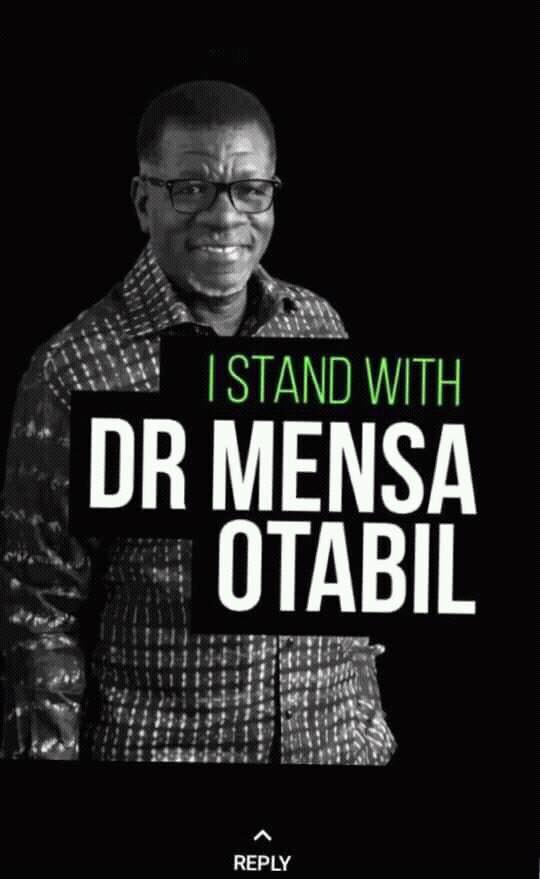 Further, 130 million cedis of the given 610 million cedis “was transferred to Alltime Capital, a transfer that needed some explanation from the CEO Ato Essien who said the transfers were “strategic,” and “highly classified information.”

“The transfers were expected back into the bank by March 2016 – in five months, he said with additional assurance from the chairman, Dr Mensa Otabil.”

It gets worse: a published internal report outlines how millions of the bank money was used to buy a property at Labone, Accra—and concludes with the names of shareholders as well as share liabilities as follows:

Mensa Otabil was not just a director of the bank, he was the chairman and a shareholder. His church, International Central Gospel Church (ICGC), was also a shareholder. This seems like a team of people and their companies, scamming the hell out ordinary Ghanaians.

The huge amount said to have disappeared under his incompetent watch, to be paid by the state, is far bigger than the loss Woyome caused us. And yet, because he is a religious leader, he is being shielded by a bunch of zealots from his church, with a social media ‘I Stand With Him’ campaign.

In the name of God, people continue to do evil, steal from the poor, act recklessly and cause others their lives or livelihood and instead of us holding them to even a higher standard by virtue of what they should represent, we rather jump to their defense backed by the same ‘holy book’ they besmirch—that, touch not my anointed.

READ ALSO:  The Only Thing Dark about Africa is Your ignorance

If the anointing of God causes financial loss of such magnitude with undulation effects such as loss of jobs and the taxpayers’ footing the eventual bill, then that’s more like the anointing of the other guy they call Satan.

Otabil and his cronies do not deserve any special treatment or collective support, even from the lunatics doing so on social media. They must face the consequence of their actions—and the public must be upset enough. The false religious shield of immunity must be destroyed and he must be treated with gross contempt like we will do if it was a fucking non-religious leader.

If you are not stupid, why would you stand with a man who was the head watch of a bank that did this to its hardworking employees and ‘squandered’ 610 million cedis of our money, given to them by the Bank of Ghana?