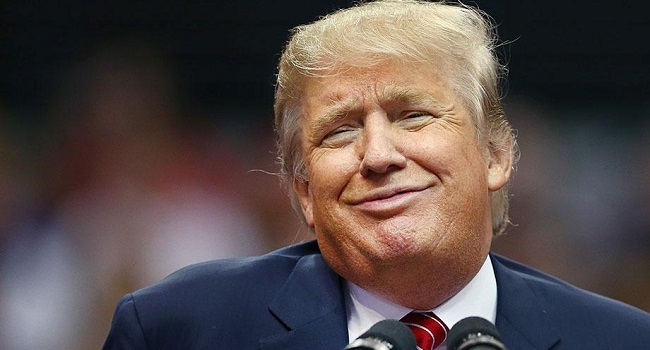 During his campaign, the continent hardly featured at all. One of the few times he ever mentioned Africa exposed his unfamiliarity, not just with Africa, but with foreign affairs.

In a rare foreign policy speech in April, Trump mispronounced “Tanzania”, one of Africa’s biggest countries, a popular global tourism hotspot, and a leading emerging economy on the continent.

Donald Trump’s Victory is Good News for Africa. Here’s Why…

But only a few people are surprised at this. After all, Mr. Trump’s campaign was built on the promise of putting America’s interests first in national security, international diplomacy and global trade. He plans to usher in a new era of isolation in America’s international participation and foreign affairs.

Naturally, there has been an uneasy air of uncertainty across the world since Donald Trump won the presidential elections. You can get a sense of this from the reactions of world leaders chronicled by this article in the Guardian.

And where does Africa stand in all of this?

For several decades, the United States has maintained strategic interests in Africa. Every year, the US provides billions of dollars in foreign aid to Africa, and offers significant support to promote democracy, peace and security on the continent.

To give you some perspective, it’s important to realise how American presidents in recent history have impacted US-Africa relations.

President Bill Clinton introduced a fundamental change to U.S. policy toward Sub-Saharan Africa when he signed the African Growth and Opportunities Act (AGOA), a landmark free trade deal, in May 2000. The AGOA deal, which has endured until today, has led to significant improvements in economic relations between the USA and Africa.

In 2004, the President’s Emergency Plan for AIDS Relief (PEPFAR) — an initiative to address the global HIV/AIDS epidemic — was introduced by President George W. Bush. As a direct consequence of this initiative, the number of Africans receiving anti-retroviral medications shot up from 50,000 in 2004, to over 1.2 million by 2008.

With President Barack Obama, it’s the Power Africa Initiative. This landmark and transformative initiative, which is now backed by the Electrify Africa Act 2015, plans to bring electricity to 50 million people in sub-Saharan Africa by 2020.

READ ALSO:  Doing Business in Africa: Ten Things No One Ever Told You

But with President Donald J. Trump, Africa should expect nothing. At least, that’s all he has promised so far. Nothing.

Naturally, this sudden change in America’s ‘giving’ attitude could have considerable negative impacts on millions of lives in Africa. Most notably, it could affect access to health care, economic cooperation, peace and security on the continent.

But for some strange reason, while I despise his divisive rhetoric and certainly don’t think he’s the best choice for President of the United States, I agree with Mr. Trump’s position on Africa.

The days of filling Africa’s begging bowl with foreign aid and free lunch should come to an end.

Africa needs to wean itself off the tranquilizing milk of foreign aid. For too long, we have suckled at the bosom of other nations, and thanks to Mr. Trump’s nationalistic ideals, Africa now has a rare opportunity to stand on its own and create a bright and prosperous future for itself.

I have always held the belief that Africa cannot beg its way to prosperity. Our journey to self-reliance, independence and prosperity will not be an easy one, and we must not continue to think that international assistance and foreign aid will make this journey any easier.

Africa needs to bite the bullet, and Mr. Donald Trump has presented us with a golden opportunity.

In the rest of this article, I’ll focus on some of the major areas that a Trump presidency could hit Africa, and how we can make the best of the ‘hard times’ that lie ahead.

Every year, Africa receives up to $134 billion in loans, foreign investment and development aid. And the United States is always in the top 10 list of givers.

However, according to this eye-opening and scathing report, up to $192 billion is taken out of Africa every year, leaving behind a $58 billion short fall.

It appears that the West is using foreign aid to Africa as a smokescreen to mask the looting of the continent through tax evasion, climate change mitigation, and the flight of profits earned by foreign multinational companies.

So, is Africa really getting any “foreign aid”?

Who is the big fool here?

In fact, Donald Trump only echoes a widely-held view by Americans that the US is giving away too much free money by way of foreign aid. An annual poll from the Kaiser Foundation consistently finds that the majority of Americans (up to 56 percent of the population) believes the US spends too much on foreign aid, and that it should be cut.

And as a region that receives up to a third of America’s foreign aid, Africa should be glad that Mr. Trump – and by extension, all of those who voted for him – want America’s so-called foreign aid to stop.

The truth is, Africa really doesn’t need any of this aid. Like the report I shared earlier clearly reveals, foreign aid is only a pretext to take advantage of Africa.

And like Mr. Trump who plans to renegotiate major trade and economic deals that do not favour America – notably with China, Mexico and Canada – Africa needs to start thinking very seriously about all these heartfelt gifts and donations it receives every year from other nations.

In my previous article, Is Africa Still Rising, it’s clear that our continent can transform itself into a global economic super power. With a large and growing domestic market, a youthful population, and abundant business opportunities, it’s no surprise that everybody wants to give ‘foreign aid’ to Africa.

Africa can feed and look after itself.

And if it takes Mr. Trump’s isolationist threats for our continent to realise it has come of age to depend on itself, then I’m glad he was elected president.

Immigration is another key issue on Donald Trump’s agenda. He’s been talking tough about deporting over 2 million illegal migrants in the United States.

Without a doubt, thousands of Africans will be affected.

And how is this a good thing for our continent?

You see, no region of the world suffers more from the devastating effects of “brain drain” like Africa. Every year, our continent loses up to 20,000 highly qualified professionals to the West, and the United States remains a top destination.

To corroborate this, United States Census data shows the African migrant population in the US grew from 80,000 in 1970 to over 1.6 million today.

By luring Africa’s best and brightest talent – doctors, engineers, academics and other skilled professionals – the West has helped to create a skills shortage crisis that remains one of the biggest obstacles to Africa’s development.

READ ALSO:  5 Reasons Most African Businesses Do Not Survive Beyond A Generation

The situation is so serious that Africa as a whole spends up to $4 billion every year on expatriate professionals to fill the human resource gap.

But this doesn’t make any sense. Why should Africa’s brightest minds be contributing to the growth of overseas economies, while back home we’re hiring expatriates for our hospitals, factories and schools?

If Mr. Trump makes good on his promise – which I know he will – the attractiveness of the United States as a glorious haven for skilled African migrants will be significantly diminished. And that will be a blessing for Africa.

As Mr. Trump shuts out migrants from his country so he can make America great again, more skilled African migrants will have no choice but to stay back home on the continent and contribute their talent to Africa’s development.

Donald Trump’s hard stance on immigration, while poorly-conceived and shortsighted, serves Africa’s best interests and we should be thankful for it!

Africa, let’s make the best of this crisis

It’s unfortunate for America that it could be playing a passive role in Africa at a time when China, Korea, Turkey, the United Arab Emirates (UAE), and several other emerging global economic powers are spreading their money and influence across Africa.

The truth is, Africa’s potential shines so bright that it’s difficult to ignore the continent. And Mr. Trump should know this if he is still the astute businessman he says he is.

Interesting times lie ahead as the Donald Trump presidency unravels.

And as long as he sticks to his ‘outrageous’ campaign promises, Africa will win.