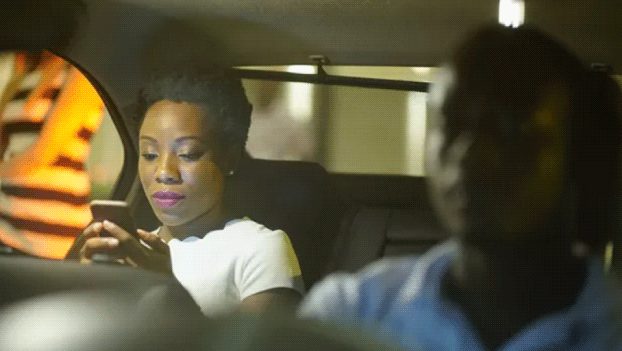 Uber and Traditional Taxi: Ensuring a Level Playing Field. Sabena steps out the house dressed up for an event. She stands at the edge of the street and points her folded hands down with her thumb or index finger out. This is done to alert a taxi driver of her readiness to board. Sabena makes her destination known to the driver and that is followed by a bargain of the fare. A smooth but sometimes rough ride to the destination and then a drop-off to search for the next passenger while burning fuel/gas.

That was the only narrative on the streets of Accra before the introduction of the world’s biggest taxi company that owns no vehicles somewhere in June 2016. This company uses technology to easily connect passenger to private drivers excluding the hustle of getting private transport. The technology does not give room for bargaining as it quantifies the cost of the journey using distance, time and others parameters.

Uber we all know gains much attraction within a short period after commencement as most of the cars that registered offered more comfort and “swag” than the traditional taxis. Uber with over 2 million drivers globally and valued at $70 billion has had a fair share of technology mishaps this year. From many court cases mostly filed by drivers and unhappy customers to the cyber attack of company data back in 2014 but was exposed this year. Espionage offences levelled against them and most recently, determining whether or not Uber is a transport firm or tech company.

The writer has some many thoughts to share regarding the above cases but the purpose of this write-up is to draw the attention of the particular problems Uber faces in our particular environment, the Uber-Taxi comparison and the way forward.

The issues particularly stem from two sentiments. First, the fact that Uber drivers are perceived to have taken customers from traditional taxis and secondly, the upfront of drivers associations seeking to point out the illegal operations of Uber. The first case of “customers transfer” does not really hold water from my point of view as competitions are bound to happen and thus the preparedness to counter the competitors marketing strategy. Uber and Traditional Taxi: Ensuring a Level Playing Field

The second which I feel must be addressed by removing all ambiguity is the concern of commercial drivers that Uber is using private cars for commercial purposes and as such the drivers do not pay income tax, commercial driver’s license and the roadworthy fee which is paid quarterly. Uber and Traditional Taxi: Ensuring a Level Playing Field

Looking forward, what can be done to ensure the smooth running of Uber alongside traditional taxis as they both of have their merits and demerits?

Tell me if you have not sat in an Uber in which the driver has no clue of the destination and is completely oblivious to using the Google map that comes with the application. It is annoying, right? You are expecting to have a quiet ride and concentrate on other matters but rather the driver keeps bordering you about the next route to take. And, some drivers can be so fraudulent that they intentionally take a longer route to increase the fare. This actually pisses me in all seriousness.

READ ALSO:  Meet this professional beggar who earns in lakh and lives a luxurious life

Uber should be mindful of the drivers they register on board to avoid scenarios above as well, also, the commercial drivers should make it point to better their services and put a stop to the Ghanaian lackadaisical attitude towards work. Uber and Traditional Taxi: Ensuring a Level Playing Field

If I can get an Uber to come pick me up at 1 am in the night at a very far and less busy town where I can’t in any way get a Taxi. Also, if I can bargain my way into paying less for a Taxi when I don’t have enough on me as compared to Uber where the price is fixed. Then these two entities must find a common ground to operate before the technologically advantaged Uber spreads its wings to the other major cities in the country. Uber and Traditional Taxi: Ensuring a Level Playing Field