Coming up on We Are Family this February 2018:

Thursday 1 February 2018
Episode 103
Manuela/Ramona accepts the present from Joaquín as her friend and employer. Elsewhere, Max suggests that Pilar she should replace him in the team.

Joaquín considers Pilar’s proposal to be the team’s pilot. Elsewhere, Julieta overhears Mabel talking about Pablo’s plan to get Julieta back.

Monday 5 February 2018
Episode 105
Nina plays the victim and Pilar gets furious. Malena doesn’t understand why Pilar is so angry at Nina. Meanwhile, Tomás tries to get closer to Olivia.

Olivia suggests to Nacho that she might not be the right girl for him. Elsewhere, Max is still angry with his father and is living at Flavia’s.

Pilar finds Nina and Joaquín in her house. She feels that is the reason why Nina pushed her out and they argue. Julieta is jealous about the meeting at Joaquín’s house.

Julieta is jealous of one of the company sponsors and makes a scene. Elsewhere, after her argument with Nina, Pilar runs away from home.

Pilar talks to Joaquín, but is determined to stay at Flavia’s with Max, who fully supports her. Elsewhere, Alexis and Miguel try to uncover the secret lovers.

Joaquin tells everybody that Pilar is not going to come back for now, and they are all shocked. Later, Irene lies to Joaquin about the meeting she had with Pilar.

Irene intervenes and shows up at the house to support the family, but her only motivation is to be in Joaquin’s good books.

Ramona sends Julieta and Andres to one of the bedrooms, so Pablo can run away from the apartment. Later, Mabel tells Andres that Pablo is hitting on Julieta.

Nina is sure the girls went to look for Pilar, but when she returns to the mansion, she finds out Azucena has told everything to Joaquin, who is very angry.

Nina apologises to Pilar and asks her to go back to the house but Pilar is not sure. Elsewhere, Manuela finds out about the relationship between Francisco and Agustina.

Nina finally confesses her love for Joaquín. Later, Pilar returns to the house and for a while the tension between Nina and Joaquín vanishes.

Irene hears from Delfi about Nina’s feelings for Joaquín, she decides to confront and declare war on her if she stays in the mansion.

Mabel is shocked to hear that Julieta has asked Andres for a divorce and believes that’s the only reason why he’s approached her.

After Nina’s departure, Joaquin begins to work on the idea of adopting the children. But when Cristian tells him they’d lose their family name, Joaquín gives up.

Francisco finishes the new motorcycle but that’s not enough for Nacho to forgive him. Elsewhere, Olivia listens to Nacho’s demo and is sad.

Santiago and Manuela recall the old days and he asks her why she left Colombia without saying goodbye. Elsewhere, Joaquín goes out with Julia and Irene gets jealous.

Pablo is jealous because Gregorio is trying to get Julieta and Andrés back together. Later, Manuela tells her father she doesn’t want Santiago to know he has a child.

Primetime episodes of We Are Family air Mondays to Fridays at 21h00 on EVA. Each episode premieres at 15h00 in the afternoon. 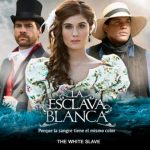 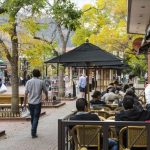