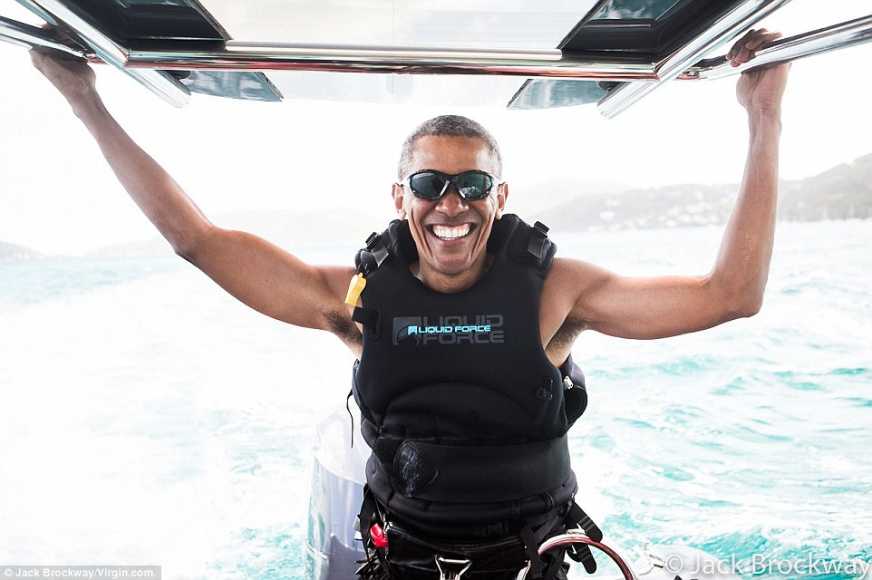 Ex-US President Barack Obama’s Net Worth – For a single speech, Barack Obama earns an amount equal to his annual salary as a president. Before now, it was anticipated that the Obama’s will amass a chunk of fortune from writing and speeches.

Retiring as the president of the United States, Obama had an estimated net worth of $12 million with an annual salary of $400,000.

As an ex-president, he started earning a lifetime annual amount of $200,000.

Beating the prediction that Obama may not speak on economic matters, the former black president was recently paid $400,000 speaking to clients of Northern Trust Corp in New York.

The Obamas made a room for charitable causes from their earnings. Their tax returns showed that they gave a total of $64,066 to over 30 charities. This is no surprise as Obama had given away his $1.4 million Noble Peace Prize money to various charities.

See Also: Post-Presidency: Obama Is About To Make More Money Than He Did In The White House

Upon retirement, Obama has been honoring speaking invitations which are definitely not for free.

With regards to the recent New York speech, Kevin Lewis, Obama’s former spokesman made these remarks:

As an academician, Obama’s foundation is also raising money for a library in Chicago.

READ ALSO:  Want Inspiration For Your Next Big Idea? Turn Off Your Phone and Go Here

A modest estimation by the American University suggests that at a possible rate of 50 speeches a year, the Obamas could amass close to $200 million before taxes with say $200,000 a piece per speech.

Likewise, data collected by [email protected], an online business analytics degree from American University, suggests the Obamas could be worth $242 million in the next 10 years.

Already the couple signed a book deal with Penguin Random House worth about $65 million. Even while at the White House, the Obamas were paid interesting figures as book royalties.

In 2007, Obama earned $3.3 million off book royalties from Random House and $816,000 from Dystel & Goderich Literary Management.

The past president has a good number lucrative options and opportunities such as returning to his old job as a lecturer (and perhaps turns out a professor).

Personally, he hopes to lead a leadership revolution in America and Africa especially. With the hint, it is strongly speculated that Obama may be at the forefront of community activism.

While as president, Obama shared his interest in matters of criminal justice, gun control, immigration and racial matters.

Still, as a source of income, the Obamas have reportedly leased an 8,200-square-foot, nine-bedroom mansion which is estimated to be worth $6.3 million.

In all of these, Obama’s net worth has skyrocketed mainly with his speech making talent. While the Clintons earned more than $153 million in speech fees in 14 years (2001 – 2015); the Obamas at the current speech making pace can very well hit a $100 million net worth in 10 years time.

As at the time of his birthday, Obama’s net worth was estimated to the sum of $40 million. Recall that upon his retirement last year, he was worth $12 million.