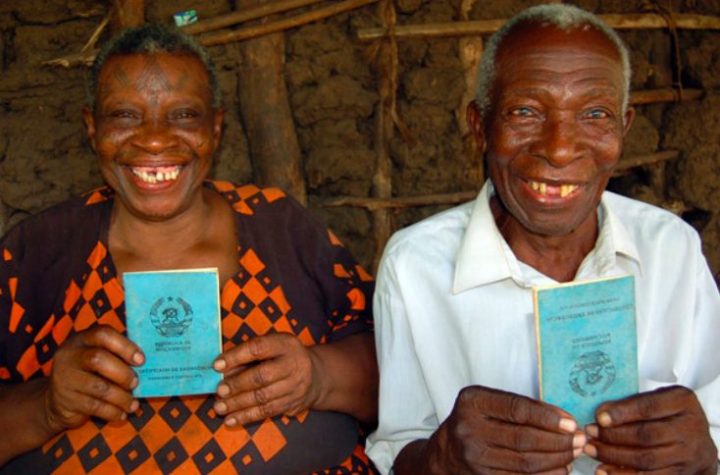 Makonde Stateless People To Recognized Kenyans – Being an outsider in Kenya can be a scary prospect and it’s one that the Makonde community have had to deal with for almost 60 years as they lived in Kenya but were never recognized as citizens.

The Makonde community originated from Mozambique almost 80 years ago and were brought to Kenya in the 1930s to work on sisal and sugar plantations at the country’s coast. After Kenya’s independence from British colonialists in 1963, the Makonde people decided not to return to Mozambique which at the time was still under the rule of Portuguese colonizers.

The Kenyan-born Makonde that resulted from that decision have had to deal with a decided lack of peace of mind as they were labeled as ‘outsiders’ despite not really knowing any other country than Kenya.

Kenya’s post-independence government refused to enlist the Makonde as one of the country’s ethnic groups. As part of the yokes of being ‘outsiders,’ the Makonde community in Kenya could not be issued national ID cards and would have to frequently face threats of repatriation from local officials whenever a community kicked up a fuss to demand national identification cards. Anytime local authorities decided to crack down on aliens in the country, the Makonde would either seek refuge in their neighbors’ homes or hide in the forest.

The fight to have the community recognized as Kenya’s 43rd ethnic group began in 1995 and has since weathered many battles. At a point, during the presidency of Daniel Arap Moi, the Makonde people were not even allowed to air their complaints publicly.

The lack of national ID cards also meant that the Makonde community would miss a lot of opportunities that were basic rights for Kenyans. For instance, they could not pursue higher education or even pay taxes without documentation. Most of them lived as squatters on abandoned plantations or on government land.

Tired of being stateless people, the Makonde community embarked on a four-day trek over 400 kilometers to Nairobi last October with the hopes of getting an audience with president Uhuru Kenyatta. Severally, they faced roadblocks in the form of officials along the way but they eventually met with the President.

President Kenyatta apologized that Kenya had “taken too long to consider you as our brothers and sisters.” The meeting would mark the end of their distinction as aliens.

The Makonde Community may now be Kenyans but what about the rest of Kenya’s stateless people?

Understandably, a lot of internal celebration met the day that the Makonde were issued their national ID cards but a host of other  stateless communities in the locality wept as they stood helplessly by seeing that they were not part of the program.

These other stateless communities have stories similar to the Makonde, they have origins from all over Africa, including Rwanda, Uganda, Sudan, Zanzibar and Tanzania but have only known Kenya all their lives.

These issues of statelessness and the subsequent struggles for ethnic identity are all wrapped up in colonial legacy. Thousands of people were moved from their home countries by the British for whom Kenya was a centre for East African commerce. These people were brought over, therefore, to work on farms and a host of other endeavours.

At the end of colonialism, the status of a bulk of these people were never resolved. UN’s refugee agency (UNHCR) has it that about ten million people around the world are stateless. West Africa has about a million people who are either stateless or at risk of statelessness. UNHCR also lists a myriad of paths that are blocked to stateless individuals. According to them;

“Having no ID documents means that you cannot register to go to school, open a bank account, buy property, access health services or legally marry”

As we celebrate the Makonde community’s new found status as Kenyan citizens, we can only hope that the other stateless people in Kenya and other nations across the continent will soon find their own paths to citizenship.