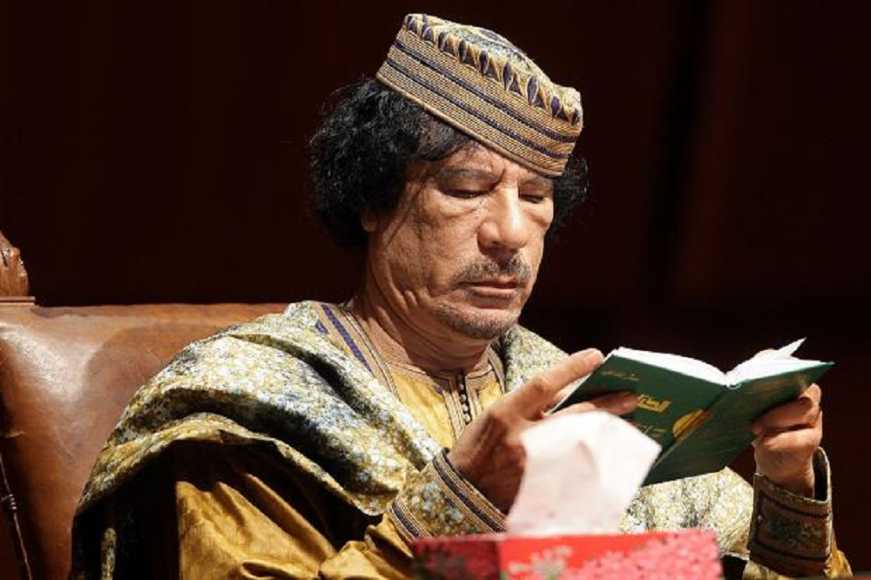 Gaddafi’s Green Book – Moammar Gadaffi’s Green Book once held such a place of grave importance in Libya that it was considered an unofficial constitution. It was to guide the people into a type of African utopia that the dictator envisioned.

See Also: 11 Jobs No Dad Wants Their Daughter To Do

Gadaffi’s green book was published in 1976 and its basic tenets announced a third way, so to speak, between capitalism and socialism that was to go ahead and shape the political, economic and social will in the country for the next four decades. It was as close to scripture for the Libyan citizens as any religious book the world is accustomed to.

Five years after the death of Moammar Gadaffi, however, Gadaffi’s Green Book is now a joke that is constantly derided in the conflict-ridden nation. In its chapters, the dictator’s vision had shown through and the fact that the book is so derided in present day Libya is probably one sure sign that his vision was not always appreciated.

Quotations from Gadaffi’s Green Book used to appear on the walls in public buildings and even the stationery in offices. You would also find them in the homes of Libyans as anything that was packaged by the State bore some lines from therein. The school curriculum was not spared as young Libyans had to learn from the book.

For such a potent text, the Green Book has fallen from enormous heights. After his death, when Libya’s anger was still burning hot against Gadaffi and no statue of him was ever erected to face the consequences, demonstrators in looking for an icon to destroy had gathered and set fire to copies of the Green Book.

Even now, bookstores in the State are still scared to sell the title for fear that their stores will be burnt down and in derision, Libyans often point to slogans found within the book which Gadaffi presented as original proclamations, including; “Woman and man are human” and “Woman has periods, man does not”; which are, honestly, quite painfully obvious.

Despite the painful memories associated with the book some people have, however, held on to a few copies for posterity and maybe someday when Libya’s state is not so terrifying, it can once again be bought and read freely, only this time with not so much dictatorial seriousness.