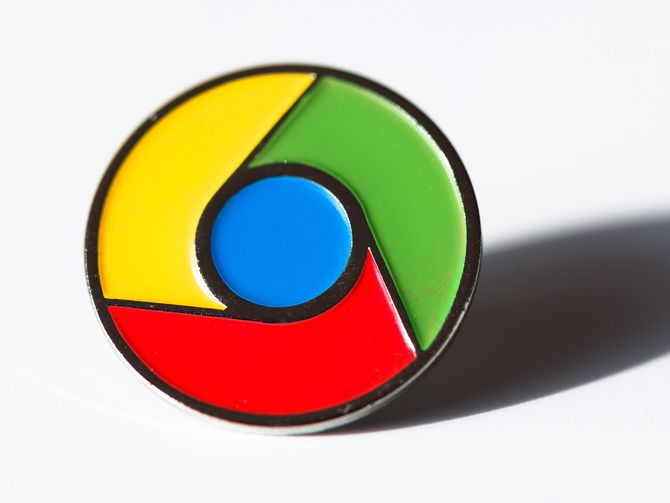 That’s when Chrome takes a significant step in the direction that  hundreds of millions of us already have gone by installing ad blockers. Chrome stops far short of those browser extensions, which typically ban all ads, but the move carries plenty of importance because Google’s browser dominates the web on both personal computers and phones. Chrome is used to view about 56 percent of web pages, according to analytics firm StatCounter.

Chrome’s ad-blocking move is designed to rid the web of sites stuffed to the gills with ads or degraded by obnoxious ads, said Ryan Schoen, Google’s product manager for web platform work at Chrome. There are signs it’s already had an effect: About 42 percent of sites that the company’s warned have dialed back on ads to pass Google’s standards, including the LA Times, Forbes and the Chicago Tribune.

“We want the web to be a place where businesses can thrive and make revenue, but also a place where users can have a good experience,” Schoen said. “We’re hoping this will bring balance back in the web ecosystem.”

Online ads have fueled the growth of the web by funding sites like Google and Facebook without forcing us to pay for subscriptions. That helps services quickly grow to massive scale — more than 2 billion in Facebook’s case. But as the saying goes, there’s no such thing as a free lunch, and now there’s a backlash against ads as we discover the actual cost of free websites.

Ads have abundant downsides. They slow down websites and gobble our phone batteries’ power. They can track our online behavior in an attempt to build a profile useful for matching ads to our interests. They can be distracting. They can even serve as a conduit for computer attacks or turn our machines into unwitting tools that let others make money off cryptocurrency.

READ ALSO:  Five reasons to use Instagram Reels Ads to grow reach and reel in engagement

Chrome to auto-block some ads

What Chrome ad blocking does

Google’s move doesn’t address most of these points, at least for now — this is only a first step. It’s just designed to dissuade publishers from obnoxious ad practices defined by a consortium called Coalition for Better Ads. In Chrome, you’ll no longer see ads that:

What you’ll see instead is a message from Chrome explaining what’s happening and allowing you to disable the ad blocking.

Google analyzes sites and warns those with overly intrusive ads of the consequences in Chrome, Schoen said. If they don’t update, they’re added to a blacklist. Chrome will block all ads on those sites until website publisher complies with the standards.

The goal isn’t to eliminate ads.

“If we just got rid of ads on every single page load, would performance be better? Yes. Unfortunately, the content you were consuming would no longer be funded, and the content would dry up,” Schoen said.

But some in the browser world are taking a stronger stance against ad technology. One is Eeyo’s Adblock Plus, a major ad blocker funded by companies, including Google, that pay it to let some ads through if users opt in. The standards Google is using only “skim off” the ads “that may induce massive eye-gougings upon viewing,” AdBlock Plus operations chief Ben Williams said in a blog post.

Brave Software, led by Mozilla and Firefox co-founder Brendan Eich, offers a browser that by default blocks all ads and ad tracking software, too — though in coming months the company plans to employ technology to show targeted but privacy-protected ads. Apple is curtailing ad tracking in Safari, and Firefox now includes an option to shut down trackers.

Chrome users should be aware that Chrome isn’t blocking ad trackers, only the more obnoxious ads, said Andres Arrieta, technology projects manager at the Electronic Frontier Foundation. That’s not surprising, given that Google’s got some of the biggest tracking technology around.

“There is a conflict there for them — whether they should be protecting their users or their revenue,” Arrieta said. He recommends people install blockers for ads and ad trackers — and that websites target ads based on the context of the website, not on personal information.

Chrome will actually block some ad trackers. When it encounters a blacklisted page, it uses the independently maintained EasyList to decide which elements to block, and trackers from the same network origins as ads will also be stripped out, Google said.

“Many tracking requests will be blocked on sites that fail the Better Ads standards,” Google said.

But ad blockers are already a major threat to publishers. About 615 million devices use ad blockers, according to a 2017 report from PageFair, whose business involves trying to circumvent ad blockers. The younger you are — which often means you’re just the person an advertiser wants to reach — the more likely you are to block ads in some way, too.

“Thirty-one percent of all consumers report that they currently use ad blocking software,” said Kevin Westcott, who leads media and entertainment work at consulting firm Deloitte. “For millennials 20 to 33 years old, the number jumps to 45 percent.”

Why? In 90 percent of cases, it’s to banish all ads, Deloitte found in its survey of North Americans. About 85 percent block ads to speed up the web, and 76 percent say they’re worried about privacy and security.

It’s part of an ugly feedback loop, Deloitte said in a study:

As traffic volumes have increased, revenue per [ad] impression has fallen and the number of intermediaries extracting a commission has risen. To compensate for this, web pages have become ever more cluttered with banner and video ads. In response … hundreds of millions of online consumers have deployed ad blockers, which in turn has provoked the channeling of ever more advertisements per page to those not blocking ads.

Publishers are trying to cope with changes in the online ad world. The Washington Post and the New York Times have been following the Wall Street Journal’s embrace of “paywalls” that require subscriptions, for example.

Tech magazine Wired has just moved to a paywall instead of its earlier policy blocking people using ad blockers. And online news site Salon is experimenting with blocking ads as long as you let it use your browser to mine cryptocurrency — a potentially lucrative endeavor.

Take ad-related security risks, for example. Chrome already tries to warn you if you’re going to a website it thinks is likely to unleash some sort of an attack on your computer, and Schoen said better ad security is a possible new direction for its ad clampdown.

Thursday’s ad-blocking move “is very much the first step,” Schoen said. “This is a journey we’ve been on a long time. We’ll continue to take steps toward better user experience.”

The Smartest Stuff: Innovators are thinking up new ways to make you, and the things around you, smarter.

Blockchain Decoded:  CNET looks at the tech powering bitcoin — and soon, too, a myriad of services that will change your life.