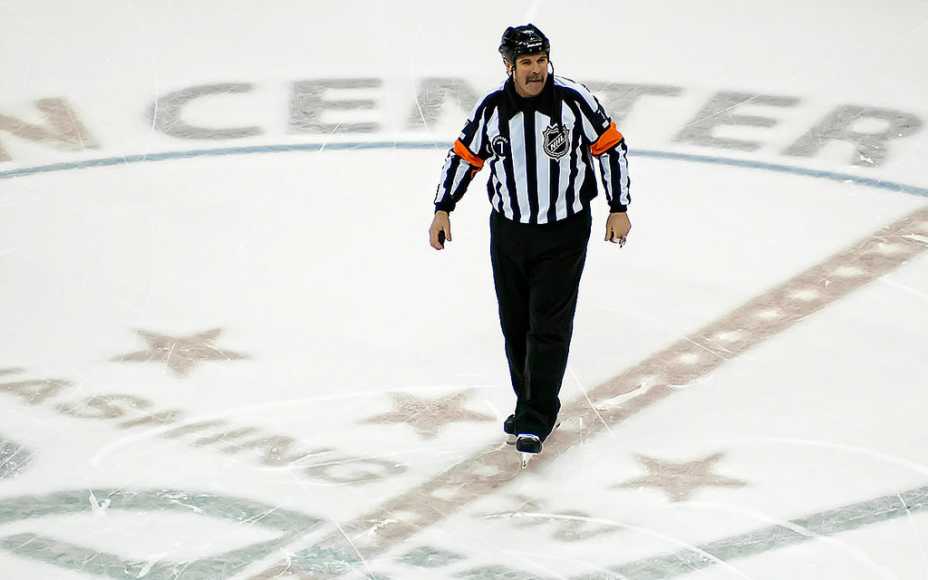 Highest-Paid NHL Referees – Average Salary of an NHL Referee – How Much Does an NHL Referee Make? While they are on ice, hockey referees are dressed in the traditional black and white shirt with vertical stripes. Currently, the National Hocket Leagues has a total of four officials in each game – two linesmen and two referees. The referees are the judges during the game. They need the rules of the game like they know the back of their hand. They are also required to have good skating skills. For this reason, the pay rate is competitive.

Officiating in the NHL is a highly-competitive, high-pressure job.

NHL referees and linesmen put up with rowdy players and rowdier fans, both quick to criticize their on ice performance.  It’s a thankless job, one where your best night means you go unnoticed on the ice.  “You’re not out there to be noticed,” said linesman Brian Murphy. “No one at the end of the day is going to tell you that you did a good job.”

One controversial call, though, and all eyes are on you.   Away from the screaming coaches, shouting fans, and argumentative players, league officials are subject to a heavy travel schedule that keeps them moving from town to town, removed from their families. Referee Don Van Massenhoven breaks up a scrum between the Canucks and Bruins (Image: Deb/@slidingsideways)

It’s a tough job. It’s also a hard job to get, with few openings. In any given season, there are just 33 full-time NHL referees, 35 full-time NHL linesmen, and 9 part-time referees splitting duties between the NHL and AHL. Six of those officials had over 25 years of experience with the NHLOA entering the 2013-14 season.

So, how much do these guys get paid?

Based on the data below, adjusted for inflation from the time reported, estimated NHL officials’ annual salaries as of 2013-14 as:

The New York Times in 2009 claimed the pay scale was the same for those in orange bands and those without:

Linesmen break up scuffles between seething players and dodge sizzling pucks, but despite the danger, they are paid not to stick out. They earn $100,000 to $300,000 annually, the same as referees, but a pittance compared with most players’ salaries.

The Richest concurs with USA Today’s data. So do CNN and Mental Floss.  AskMen, while asking if a career in sports officiating is for you, also reported that “no other officials in any of the four major sports leagues make more than those in the NHL, where starters get a $115,000 salary. After a 15-year career, an NHL referee may be looking at an annual pay upwards of $220,000.”

Minor league officials – the handful of AHL/NHL guys who are under NHL contract but work the bulk of their games in the AHL earn significantly less.   Referees reportedly range from $75k-$100k, with linesmen at $50-60k.

Referee Salaries in the Playoffs

NHL players don’t get paid in the playoffs – at least, not formally.  Each team does receive a bonus for each round they reach in the postseason.  How that is divided is up to the team. What about the officials?

Kerry Fraser reported a similar pay structure for the NHL’s men in stripes: Officials are paid a bonus for every round of the playoffs they are selected to work. Referees make $18,000 per round while linesmen receive $12,000.

While no details are available specifically for the 2016 World Cup of Hockey, the league’s previous CBA – valid through 2014 – spelled out how officials would be compensated for the World Cup and Olympics.  Referees working the World Cup, Olympics, or an equivalent tournament would earn $18,250, with linesmen earning $12,100 to work the event.  IIHF tournaments, including the World Championships and the Spengler Cup, would be handled as agreed upon by the NHL and the Officials Association.

The average NHL player salary in 1970 was $18,000, so Udvari was doing well, even compared to the players he was overseeing. The disparity between officials and players has grown significantly since then.

Top NHL officials now cap out at a maximum salary of around $300,000, while players earn a league minimum of over $500,000. Two fourth-line thugs can pound away at each other for a combined income of at least a million dollars, while the linesmen – earning significantly less – are left to jump in and break it up. Highest-Paid NHL Referees – Average Salary of an NHL Referee

In 2013-14, 61 players earned more per game than the reported minimum annual salary for a linesman.

These rough estimates will have to do, at least until the eventual time when CapGeek adds ‘officials’ to their data set.

The work of an NHL referee requires a great deal of skill, so the individual will need to go through some intensive training. Aside from having to have excellent skating skills, the referees will also need to be quick enough to dodge out of the way of the puck and other players. The referees will also need to be physically able to break up fights that take place from time to time between hockey players. Any individual is fully capable of learning the NHL rulebook, but not everyone is able to be a referee.

Linesmen in Comparison to Referees

Referees have assistants – they are linesmen. The linesmen make between $77,000 and $120,000 each year. This depends on the seniority, skills and experience. The linesmen may not have all of the responsibilities a referee has, but their work depends on fast responses. People believe that hockey referees don’t make good salaries. So wrong, for the hockey league referees too make a salary between $110,000 and  $255,000. If you’re a linesman, you can earn a salary between$70,000 to $162,000. Highest-Paid NHL Referees – Average Salary of an NHL Referee