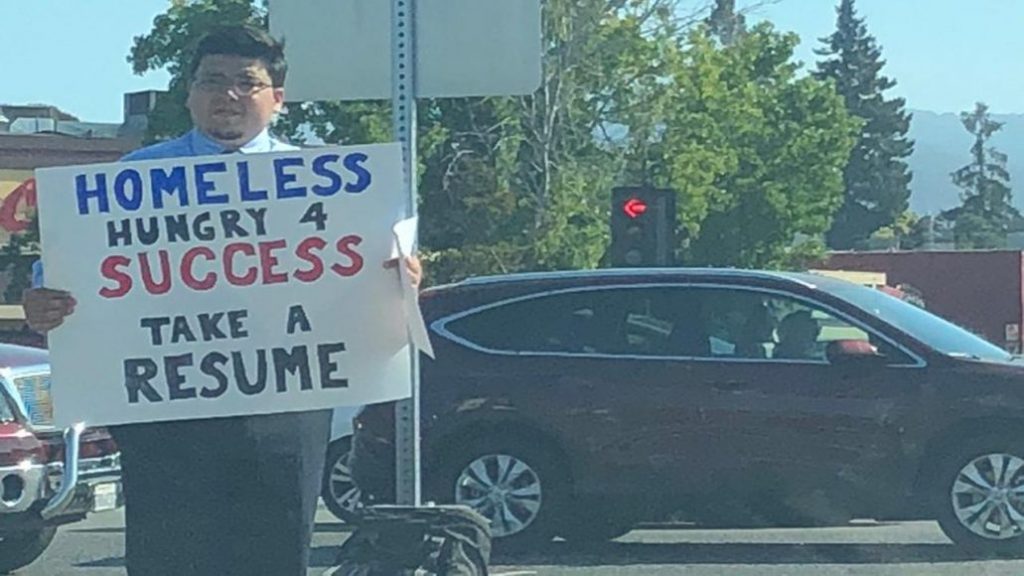 There’s good news about a college grad who was homeless and handing out resumes in Northern California. He landed a job!

We told you about David Casarez last month. The Texas A&M graduate was trying to launch his own tech company in Silicon Valley when he ran out of cash and was forced to live in his car.

His story went viral after someone shared a photo of him, passing out resumes on a street corner. His sign read, “Hungry for success.”

After the photo of him in a dress shirt and tie with his sign was shared on Twitter, he said he’s received more than 200 job offers. Some of the companies that showed interest in Casarez included Google, Pandora and Netflix.

Since then, we’re happy to report Casarez has a job! He tweeted that he accepted a position as a software engineer with a drone airspace defense company.