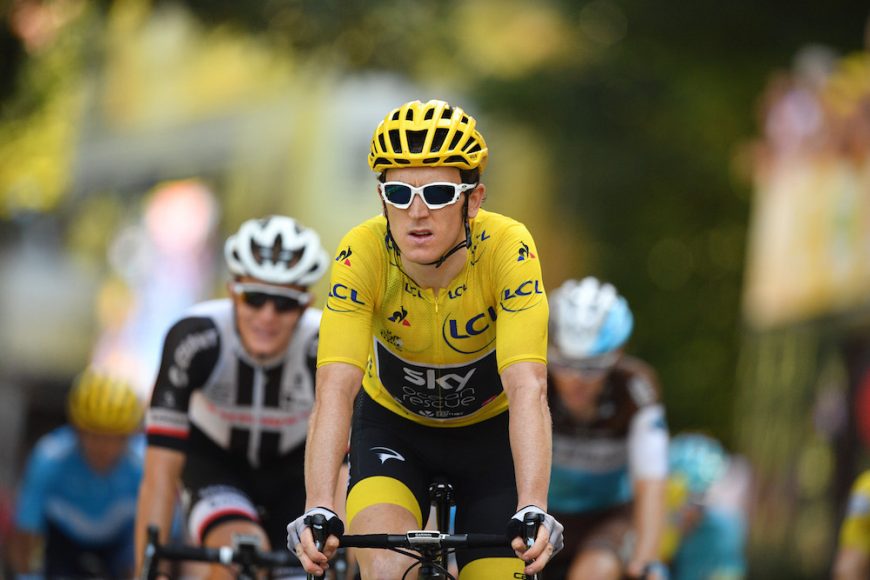 The Tour de France is undoubtedly the biggest bike race in the world – viewing figures hover around the 7 million mark for the conclusion in Paris, with over 700,000 Tour lovers tuning in to watch the stages.

The status of the three week Grand Tour means that whilst the finances available couldn’t hold a candle to the eye watering stats we saw at the likes of the FIFA World Cup (a reported $400 million), the 2018 prize funds were not to be sniffed at.

It’s not just Thomas (and thus traditionally his team mates) who will have profited through the race – there’s cash on the line for all of the jersey wearers and stage winners.

READ ALSO:  A Football God Is About to Become President ✔

As you would expect, Team Sky picked up the biggest slice of that prize pot courtesy of having two members on the general classification podium, and also enjoying two stage wins to collect a total of €728,630.

Taking second place, like their GC leader Tom Dumoulin, was Sunweb – with a total of €245,280.

LottoNL-Jumbo were next, with €190,980 – Dylan Groenewegen took two stage wins on consecutive sprint days seven and eight and Primož Roglič was fourth overall.

Next up was Quick-Step Floors, again with two stage wins from Julian Alaphilippe, who also won the mountain competition whilst Bora-Hansgrohe’s €125,900 comes largely from the stage wins of Peter Sagan, as well as his domination of the points competition.

In last place, was EF Education First Drapac – though they did win the hearts of many (as well as the lanterne rouge) thanks to Lawson Craddock’s determination which saw him continue the race all the way to Paris, having crashed and fractured the top of his shoulder blade on stage one.

All three other wearers of yellow will get €300 for each day they guarded the honour and everyone down to the last rider, Lawson Craddock (EF Education First-Drapac) in 145th, gets something, albeit €1,000 from position 20.

Stage winners weren’t just racing for glory either, receiving €11,000 for their victory, with cash extending down to 20th place – the recipients of which may have out-sprinted 21st place for the tidy sum of €300.

Stages – aside from time trials – include intermediate sprints and classified climbs. In the sprints, the winner got €1,500, extending to €1,000 for second and €500 for third.

The financial gain on the climbs depended upon the degree awarded to the incline itself; for an HC (hors catégorie) ascent, the first over the line got €800, for a category one it was €650, category two was €500, three was €300 and category four was €200. Remuneration was greater for the Col du Portet (won by Movistar’s Nairo Quintana) and Col du Tourmalet (taken by eventual king of the mountains winner Julian Alaphilippe) at €5,000 each.

The most combative rider is not to be forgotten, he got €2,000 on each stage and the most aggressive overall Dan Martin (UAE Team Emirates)received a profitable €20,000 for his efforts, while the best young rider on each stage pocketed €500.

Those who were racing for classifications aside from the overall and stage wins were chasing monetary carrots on sticks, too.

The winners and placers in the top eight in the mountains, points and young rider competitions got a payout, and teams to the top five benefitted from anywhere between €50,000 and €8,000.

READ ALSO:  12 richest footballers in the world and their net worth
Get More Customers and Grow Your Business. Advertise Your Business for Free on Ghana Businesss 🙂