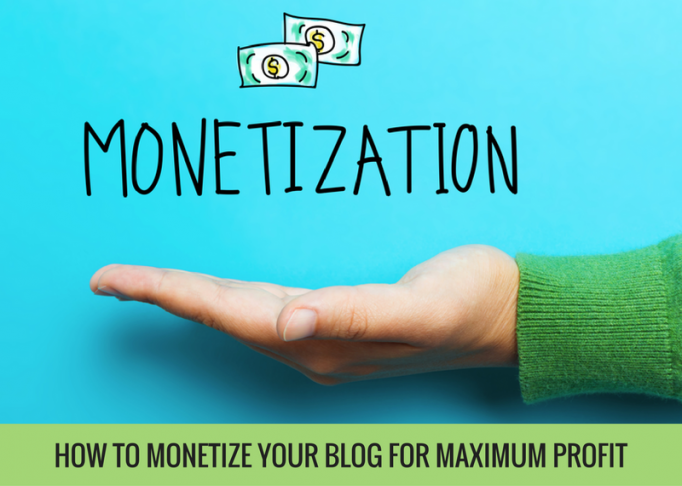 How To Monetize Your Blog

Planning how to monetize your blog can be the biggest decision you make with regards to your online business. If you get it right, you have a valuable asset. Get it wrong and you are wasting your time.

It may seem strange to think about an exit strategy before you even start your blog. But if you don’t plan for an exit, you’ll end up like the guy above who sold a site for $7,000 while another site with less traffic sold for $728,000. There are obviously a lot of differences between the two, but one of the most important was that the site that sold for the higher price had figures for every aspect of their business.

The second business was scalable – each 1,000 additional visitors would bring in lots more income.

Below the post, you’ll find a video where I show you actual figures and what various sites sold for.

Before we go any further we need to talk about RPM. RPM is simply Revenue Per Mille, or how much you earn for every 1,000 visitors.

This simple formula (RPM) allows us to look at blogs across different niches with different incomes and traffic stats and quickly see which ones are well monetized and which aren’t.

You can get the RPM by taking the Income and dividing it by the Traffic and then multiplying by 1,000.

To give you an example, let’s look at the site below, a FBA site (Fulfilled By Amazon).

If I had an FBA site, I now know that I should potentially be looking for an RPM of around $450. I would however check several sites before setting my target.

I used to look for this data by reading income reports. I’d get these by searching Google for “Month Year Income Report,” (ex. January 2017 income report). But I found that many people tend to just publish income reports as a means of getting clients to their coaching programs or blogging courses and the figures weren’t often repeatable.

So I looked at other resources with much more reliable data. The data I now use has usually been verified so we know it’s accurate.

In this article, I want to focus on 3 distinct types of monetization: Adsense, Affiliate and E-commerce. Personally, I believe that the best monetization of all is to have your own products and your own list. However I realize that many people just want to start their blog and generate an income as fast as possible.

To get these stats I analyzed figures that have been checked and certified and cross-checked them on other sites. The video below shows the whole process.

Disclaimer: In the past, I’ve generated up to $600 a day with Adsense. I used Adsense as my main source of income for over 10 years. I no longer use it as I saw the light. My RPM for Adsense averages over $9 for those 10 years. As you’ll see below, that is at the higher end of the scale. But remember, that covers years when Adsense was an excellent way of monetizing your site, that is no longer so.

I’ve analyzed several sites including ones that sold. The more I investigated, the more interesting (or depressing) it became. I found Adsense sites that have recently sold for $143,000 and others that sold for $846.

Please think twice before building a blog that will rely on Adsense for income.

I found that affiliate income had a very wide spread of RPMs. The high end was $339 while the lower end was a Clickbank product that generated a site $32. However I found a lot of affiliate sites that were earning between $200-$300 RPM.

READ ALSO:  4 Things I Learned by Stepping Out of My Comfort Zone 850 Times in a Row

A kitchen appliance site sold recently for $130,000 and earned an RPM of $214 on less than 30,000 visitors. This type of RPM figure was repeated across several sites I investigated.

Affiliate income is a good way to monetize your blog. If you can start to generate 10,000 visitors a month or more you have a potentially good income for very little work.

E-commerce is a very difficult monetisation method to quantify. There are just too many variables involved such as niche, stock, shipping, cost of running your site, etc. It can consistently bring the highest RPMs, but it does require the most work.

I found one site that had an RPM of $3,390 that was selling its own products. Others that were drop shipping from Teespring and Gear Bubble had RPMs below $200.