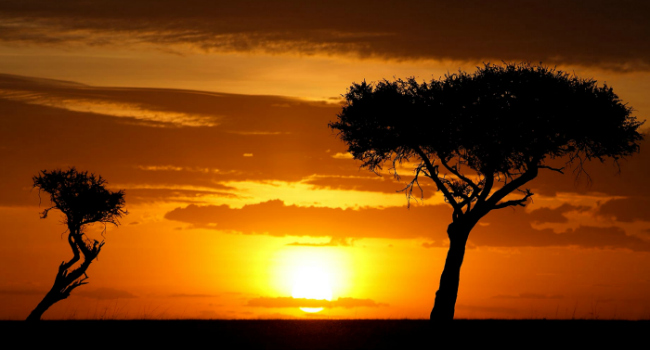 Is Africa Still Rising? Yes. Actually, We’re Just Getting Started! On 13th May 2000, The Economist magazine ran a front cover that notoriously labeled Africa as ‘The Hopeless Continent’.

In its eyes, Africa was a forsaken place — ravaged by war, famine and disease.

Just a decade later, the tune had changed. In 2011 and 2012 respectively, The Economist and Time magazine released editions with resplendent displays of the ‘Africa Rising’ slogan. Lavish with praise and optimism, they described Africa as a continent of promise, growth and prosperity.

But as I write this, Africa’s biggest oil exporters – Nigeria and Angola – are in dire straits. Due to tumbling oil prices, their economies – which are heavily dependent on oil revenues – are dangerously close to recession, and there are rumors both countries could be reaching out for bailouts.

In the face of the slump in global commodity prices – gold, iron ore, copper and coffee, for example – countries like Ghana, Zambia and South Africa have been hit hard.

According to the World Bank’s predictions, economic growth across sub-Saharan Africa will slow to 3% in 2016, down from 8% nearly a decade ago.

These are not good times for Africa, right?

It’s funny how history repeats itself, because the pessimists and naysayers are back. And they’re asking: ‘Is Africa still rising?’

The answer: a resounding ‘Yes!’

Actually, Africa’s just getting started. And I’ll give you 5 reasons why…

1) Africa’s future is NOT in commodities

For decades, our continent has continued to depend on the export of commodities – especially agricultural produce and raw minerals. As a result, the economies of several countries on the continent have historically been vulnerable to global price fluctuations of crude oil, cocoa, coffee, copper, gold and diamonds.

They say ‘adversity is the mother of creativity’, and both African governments and savvy entrepreneurs are finding interesting paths out of the continent’s commodity-dependence conundrum.

Two of the key ways they’re doing this are diversification and local value addition.

Despite its heavy dependence on crude oil exports, Nigeria’s non-oil sector has been growing at an impressive rate, and currently contributes more than 60 percent of GDP. These rising ‘non-oil’ stars include retail, financial services, real estate and entertainment.

While it may take some years before Nigeria’s economy is weaned from oil, these rising stars are already changing the game. For example, online retail giants — Jumia and Konga – which started in the country just about 5 years ago, now have a combined worth of nearly $1 billion.

Rather than export raw coffee beans, like Uganda has been doing for decades, the country and its coffee growers now earn more revenue by having a larger footprint in the coffee value chain.

Nigeria and Uganda are just two examples. Several other countries on the continent are now taking deliberate steps to increase local value addition to their commodities, and diversify their economies by stimulating dormant industries, and encouraging the growth of totally new ones.

As these changes continue, the new Africa will be much more resilient in the face of commodity price shocks.

Over the next 30 years, Africa will have the fastest growing population in the world. Its population is projected to reach 2.4 billion by 2050 — double its current size, and a quarter of the world’s estimated population by 2050.

It’s not just the size of Africa’s current and future population that should interest you; but its composition. An overwhelming proportion of Africans (more than 60 percent) are below the age of 30. In a future of aging populations in the developed world, Africa’s youthful population will be a growth engine for the global economy in the coming decades.

The other secret weapon that’s driving the growth of Africa’s domestic market is its middle class. Currently numbering over 15 million households, the size of the continent’s middle-income households is expected to reach 40 million by 2030. They are urban dwellers, often well-educated and a strong source of demand for a wide range of products and services.

Urbanization is also reshaping Africa in very interesting ways. Currently, over 300 million Africans live in urban areas. By 2050, the population of urban dwellers on the continent could grow by more than 150 percent.

Democracy, characterized by regular elections, defined term limits, and concession of power to a victorious opposition, may be the norm in the West, but it’s a way of life Africans are starting to get used to.

READ ALSO:  Queens Of Africa: The Women Who Have Shaped Africa

While there are exceptions in places like Burundi, DR Congo and a few other countries, democracy is taking root in Africa. The continent is now more peaceful and stable, compared to a few decades ago when it was run by dictators, military juntas and warlords.

However, while terrorism remains a growing domestic threat, it’spart of a global phenomenon that affects business even in the world’s most developed regions.

In the World Bank’s latest Ease of Doing Business report, five of the ten fastest reformers on the index are African. While some countries on the continent have made more progress than others in dismantling the structural and economic barriers that frustrate business and investment, the overall trend is looking up.

4) A hotbed for innovation and entrepreneurship

In 2015 alone, African startups received over $500 million in funding from investors within and outside the continent. The entrepreneurs behind these ventures are young, hungry and ambitious to transform the continent with their ideas and innovations.

Technology, especially the internet and mobile phones, has become a powerful springboard for innovation in Africa, and will help the continent leapfrog its way to ‘first world’ status. More African entrepreneurs are using technology to create simple and practical solutions to tough problems.

And there are hundreds of interesting examples and success stories, but I’ll just give you a few…

Offshore Electric and M-Kopa are using the power of sun to provide reliable and affordable electricity to millions of homes without access to power grids in East Africa. MPesa — the disruptive mobile payment solution — has significantly improved financial inclusion in East Africa and continues to facilitate trade and commerce.

Omega Schools (in Ghana) and Bridge International Academies (in Kenya) are for-profit social enterprises that are transforming education for the poor in Africa. Andela, another innovative business model, trains world-class African software developers and hires them to top global companies like Microsoft.

5) Generally, life is getting better on the continent

Most people who have been constantly fed a warped image of Africa by mainstream media may have a hard time believing this, but it’s hard to ignore the following facts.

Africa is just getting started…

Africa’s journey to economic prosperity has followed a long and tortuous path. After decades of domination, decline, instability and uncertainty, the stars are starting to align for the continent, and the prize could be within reach in this century – regardless of its present challenges.

However, our optimism for Africa must not be blind. There is still a whole lot of work that needs to be done on the continent, especially in the areas of infrastructural development, economic integration, political freedom and social transformation. And if Africa’s governments and we, the people, remain committed to closing these crucial gaps, then the road to prosperity is guaranteed.

But here’s something to always keep in mind:

Africa’s rise to the top will not be achieved by sudden flight. No. Its rise to the top is not a matter of speed, but a test of strength, endurance and faith. There will be setbacks and headwinds along the way, but rise we shall.

Africa is not for the shortsighted; it’s for those who are in for the long haul.

Africa is for those who believe.