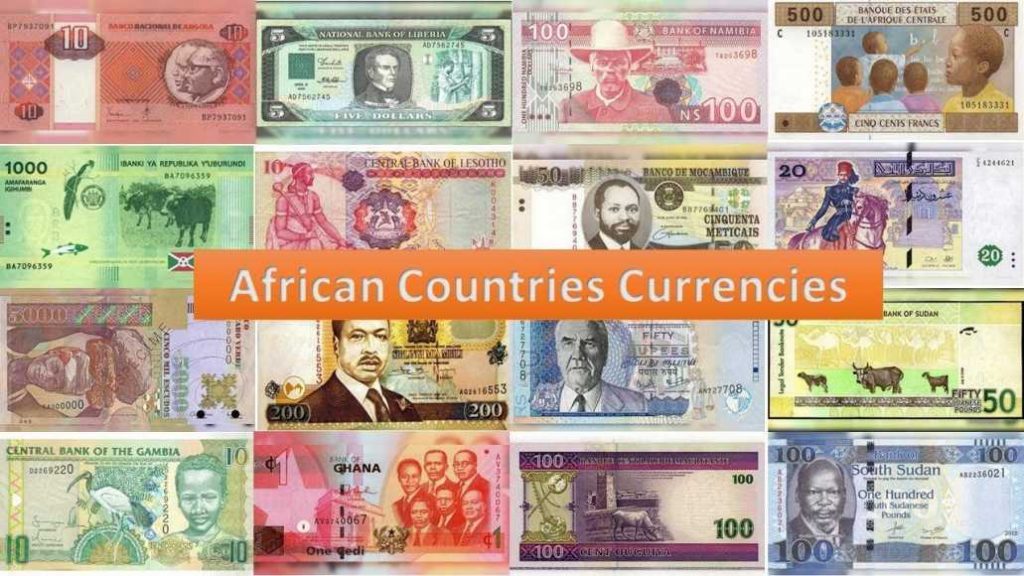 List of currencies in Africa / List Of African Currencies You Really Should Know. African currency was originally formed from basic items, materials, animals and even people available in the locality to create a medium of exchange. This started to change from the 17th century onwards, as European colonial powers introduced their own monetary system into the countries they administered.

As African countries achieved independence during the 20th century, some retained the new denominations that had been introduced, though others renamed their currencies for various reasons. Today inflation often creates a demand for more stable (but forbidden) foreign currency, while in rural areas the original bartering system is still in widespread usage. As of January 1, 2013, the Zambian Kwacha (ZMW) has the strongest currency in Africa.

List Of African Currencies You Really Should Know. African currencies used to include shells, ingots, gold, iron, salt, cattle, and many other materials and goods. The continent is now a long way from then and different African countries now have their unique currencies with which they trade within and outside their borders.

The different African currencies have their strengths and weaknesses. The Libyan Dinar, for instance, has an exchange rate of less than 2 Libyan dinars to a dollar. The South African Rand is among the most-traded currencies in the international forex market and the Zimbabwean dollar has since died and been replaced in Zimbabwe by the US dollar and the South African Rand. Below we list all currencies of Africa with their ISO-4217 codes.

READ ALSO:  Network Your Way to a More Profitable Business
Get More Customers and Grow Your Business. Advertise Your Business for Free on Ghana Businesss 🙂