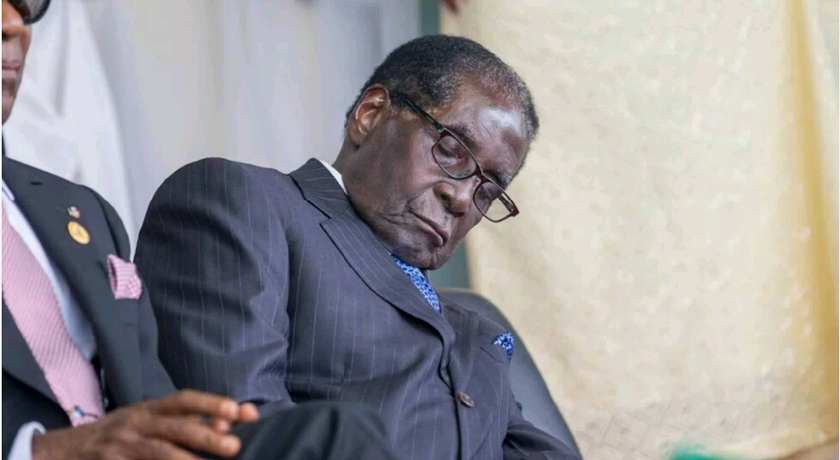 Dakar – As shock continues over the fate of Zimbabwe President Robert Mugabe, who vowed to rule until death but now finds himself in military custody, here’s a look at other larger-than-life African leaders who spent years in power, then lost it.

Jammeh took power in 1994 in a bloodless coup, ruling the tiny West African nation for more than 22 years.

His regime was accused of overseeing human rights abuses to silence opponents. In a stunning turn of events, Gambians last year elected opposition coalition candidate Adama Barrow, who was forced to wait in neighbouring Senegal during a weeks-long political standoff until Jammeh finally flew into exile in Equatorial Guinea with his family and close aides. Jammeh has not been heard from since.

Mobutu seized power in a military coup in 1965, five years after the vast, mineral-rich nation gained independence from Belgium. His leadership had the support of the United States and other Western governments.

After a legendary, corrupt dictatorship that lasted more than 30 years and left the country then called Zaire in shambles, he was overthrown in 1997 by Laurent Kabila. Mobutu took refuge in Morocco in 1997, where he died of prostate cancer.

Idi Amin’s eight-year rule was defined by the deaths of up to 300 000 people. He was famously mercurial, targeting certain ethnic groups but also journalists, lawyers and others he saw as possible opposition.

Yet for more than 25 years he was never punished for bringing misery to the once-prosperous country and never expressed remorse.

He sought exile in Saudi Arabia after his government was ousted in 1979. He died there in 2003 after being on life support and suffering from kidney failure.

At age 27, Gaddafi emerged in 1969 as leading a group of officers who overthrew the monarchy of King Idris.

He ruled with brutality during his nearly 42 years in power, leaving behind an oil-rich nation drained of its institutions. Rebels overwhelmed the capital in 2011 and drove him into hiding in Sirte, where he was pulled from a drainage tunnel and killed.

He became the first ruler killed in the Arab Spring uprisings that swept the region.

Former warlord Taylor was president between 1997 and 2003 and was accused of greed and savagery.

The second of the country’s back-to-back civil wars, which together killed more than 250 000 people, occurred under his rule.

He fled to Nigeria in 2003 as part of a deal to end the war, which he had financed by trafficking in diamonds from neighbouring Sierra Leone.

He was extradited to face charges of crimes against humanity at a UN-supported Special Court for his role in fomenting conflict in Sierra Leone.

In 2012 he became the first former head of state convicted by an international war crimes court since World War II. He is serving a 50-year sentence in Britain.

After ruling for more than 27 years, Compaore tried to amend the constitution to seek another term in office. Faced with a popular uprising, he was forced to step down in 2014.

He fled into exile and is now living as a citizen of Ivory Coast.

Human rights groups want him extradited to face justice for several murders he is accused of during his reign, including that of Sankara.

Habre’s rule from 1982 to 1990 was marked by human rights abuses that eventually saw him forced from power by current President Idriss Deby.

For more than 20 years, Habre lived a life of luxurious exile in Senegal until paramilitary police took him into custody.

The Extraordinary African Chambers was created by the African Union and Senegal to try him for crimes committed during his presidency.

Mengistu Haile Mariam ruled Ethiopia from 1974 to 1991 and is blamed for the killing of hundreds of students, intellectuals and politicians during the “Red Terror” against supposed enemies of his Soviet-backed military dictatorship.

He fled a rebellion in 1991 and was taken in by Mugabe in Zimbabwe. His army had helped to train Mugabe’s guerrillas in their struggle for independence from white rule.

Mengistu was convicted in absentia by an Ethiopian court in 2006 of genocide and later sentenced to death, but Zimbabwe has refused to extradite him.