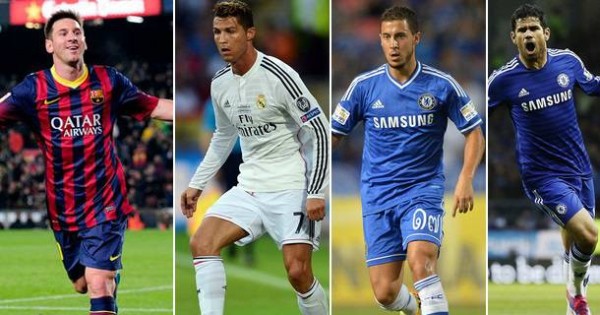 Most Valuable Footballers On Current Form. How often we see rumours flying around papers about a certain footballer moving to another club in and around any transfer window, papers are splashing out imaginary transfer fees on potential player transfer without any substanse. Sometimes of course its the players camp (the agents) who are spreading rumours to either get a new contract for a player at current club or force a move.

But today we take a look at top 20 most valuable players in the world on current form and the figures are derived from the publication called “football-observatory” which has gathered the transfer data from last 5 years and based on those numbers they came up with value of current stars of football.

The Algoritham used in getting the players value range from on field performances (goals, assists, impact, dribbles) to the of field charactarsitics like (age, playing position, current contract duration, market value) these attributes are combined with how competitive the league player is playing in currently and his international performances and last but not the least the player transfer trend of last 5 years.