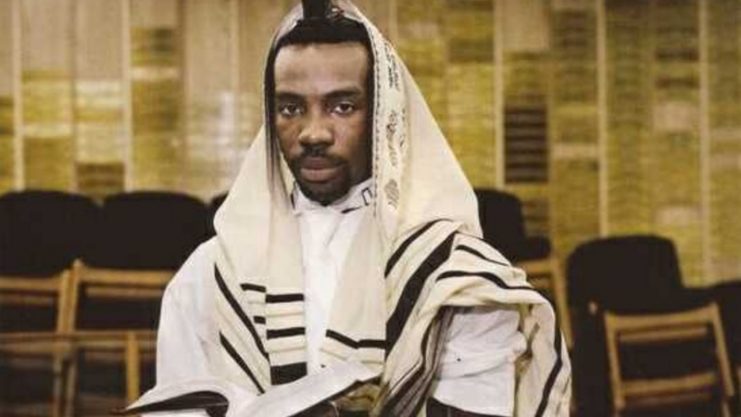 Though scientifically unconfirmed, it has always been some sort of myth that the Igbo tribe of Nigeria has the Jewish ancestry.

It is largely believed that the Igbos migrated from from the Jewish part of the world.

Further similarities have been found in languages, traits, skills and culture of both groups.

In order to clear the air once and for all, Israeli scientists are currently in Anambra State, South-east Nigeria to take DNA samples for their research.

Thanks to DNA testings and archaeological findings, several links have been established between people of different races and geographical locations.

Lately even some African Americans have found their DNA result pointing to the Jewish ancestry.

See Also: China Might As Well Be A Part Of Africa

Before now, Chinese experts discovered and confirmed that an ancient black empire existed at the earliest stages of the nation’s history. Clearly put, black people were the first inhabitants of China.

Jews are said to be the oldest group with their national identity and cultural heritage intact. With their recent coming, it is expected that a candid result about the ancestry of the Igbos will be obtained.

With all of these genealogical tendencies, the world could be described as a large community who are more connected than they realize. Science keeps finding links to our diversities.

READ ALSO:  The rise and rise of women leaders across Africa (Infographic)

According to Vanguard news, Anambra citizens have shown great interest in the research as they “trooped out in their numbers” on Tuesday for the voluntary DNA test.

The report says hundreds of interested citizens arrived the scheduled hospital as early as 7.00 am. To ensure order and a “a hitch free DNA exercise”, it also says that security agents were at the venue too.

Dozie studied Anthropology and Medicine, thus his interest in the outcome of the DNA tests which is expected to be ready by August this year.

He said the result of the tests will be compared to those found in Houston Texas.

“The idea is to establish scientifically the relationship of the two groups of people. It is necessary to satisfy the curiosity and answer the question in the minds of many for quite some time.”

“The world has gone advanced, cellular examination can be used to establish the claim or otherwise of this kind of believe. In this modern time, such claims of relationship should not be left in the domain of mythological theories alone There is need to subject the claim to scientific proof.”

“If at the end of the day, it is confirmed that we are relations, we would remain brothers and friends, but if it proved negative we remain friends.”

Recall that during the last hearing of the IPOB leader, Nnamdi Kanu, he and some of his supporters were dressed

READ ALSO:  DNA Evidence Proves That The First People In China Were Black
Get More Customers and Grow Your Business. Advertise Your Business for Free on Ghana Businesss 🙂