They introduced it 10 years ago when the West African country was suffering from a shortfall of nurses as many headed off for better opportunities in the West.

It began a scheme funding the education of nurses who then had to agree to work for the next five years in Ghana.

But now the government says it has enough nurses and it is no longer useful to keep them under bond.

“There are now more private schools churning out nurses and some of them can’t even find jobs,” Dr Kwesi Abir, the health ministry’s deputy director of human resources, told the BBC.

“There is no point to continue to pay the tuition of nurses and also give allowances when hundreds are paying their own fees in private schools,” he said.

The policy reversal is unlikely to lead to an immediate exodus of nurses because although the bond scheme stopped taking new entrants last year, it takes four years to qualify as a nurse and those already in the scheme will have to finish their five-year service.

If a nurse wants to jump the bond there is penalty of $650 (£422) to pay for each uncompleted year, something very few can afford to do.

And the authorities will not issue certificates that will enable them to work abroad unless the fine is paid.

Student nurse Collins Aboagye says he is in that position – even though he would love to work in the UK after qualifying, he will not be able to.

“I think the five years is too much… I wish to work outside because outside, there are certain things their way of delivering care is a bit different from ours here.”

You can start by paying us hourly, not monthly – in that way salaries will be much more

This is a sentiment – a desire for job satisfaction – that is echoed at the country’s premiere hospital, the Korle Bu Teaching Hospital in the capital, Accra.

Nurses can be seen under pressure as they attend to patients in the maternity ward – a large hall with about 100 benches filled with women awaiting for antenatal services.

Some of them are impatient, demanding to be seen more quickly.

One of the major difficulties in providing good healthcare is not just the number of healthcare professionals but the fact that hospitals are ill equipped, nurses told the BBC.

They say there are insufficient protective plastic gloves, not enough hospital beds for patients, a lack of water and chemicals, frequent power outages – their list is endless.

However, salaries are likely to still be a driving factor for nurses to go abroad given Ghana’s rising cost of living.

According to the UK’s National Health Service, a newly qualified nurse starts on a salary of more than £21,000 a year – with opportunities to earn overtime – that is, at least $2,695 a month.

A professional nurse in Ghana earns about $400 a month after tax – and nurses often face the frustration of delays in the payment of their salaries.

Salma Razak, a nurse at Korle Bu who just finished serving her bond, is free now to work abroad, but she remains undecided.

She says although the government has improved some things for nurses, much more could be done.

“From the beginning, you can start by paying us hourly, not monthly – in that way salaries will be much more,” she told the BBC.

This would stop nurses being tempted to seek employment elsewhere, she said.

Ghana currently has a little more than 20,000 professional nurses.

Ghana’s health ministry says these numbers have dramatically declined with only about 300 nurses leaving in the last two years.

Behind the numbers, there are grave concerns about the quality of healthcare delivery.

And there is a down side for students from poorer backgrounds who will no longer be able to benefit from the government-funded scheme.

But with the brain drain stemmed, health officials are optimistic that the funds used in nurse training can now be used to address long waiting hours and improve hospitals. 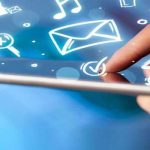 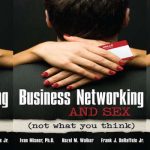