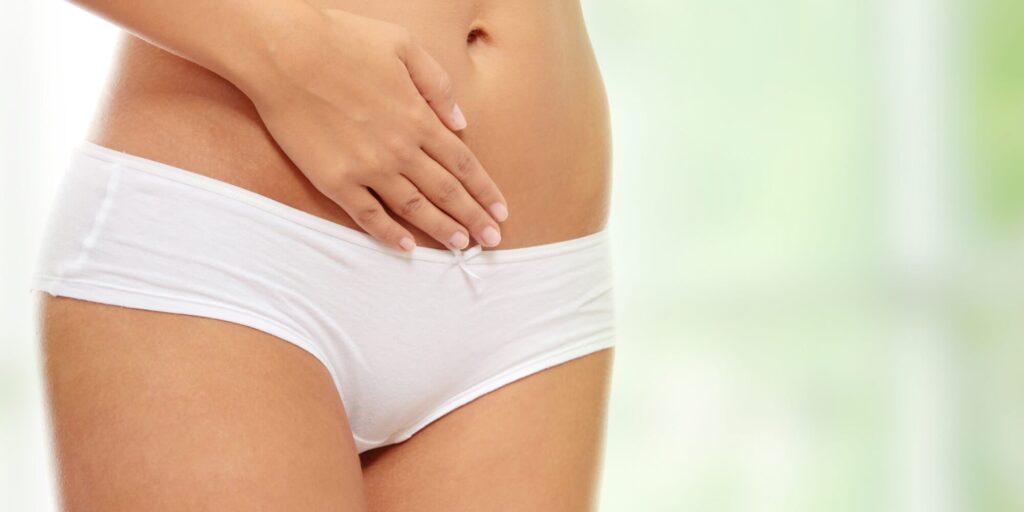 <![CDATA[ <p class="entry-title">FROM PERIODS TO PREGNANCY, A GYNECOLOGIST ANSWERS ALL YOU’VE WANTED TO KNOW ABOUT WOMEN’S HEALTH. Periods accompanied by bloating, mood swings and raging hormones; add to that a back and an abdominal pain, irritation down under, and weird smell and discharge, and these things are enough to freak us out of our mind. And if the regular ones aren’t enough to bother us, then all it takes is one missed period to get the alarm ringing in our heads and before we know it, we are googling questions like, “Could I be pregnant?,” “Could I have an STI?,” “Could I possibly have some kind of infection?”

While we do manage to solve some of our personal health problems with the help of Google and good girlfriends, it’s time we had a professional gynecologist answer our queries and concerns. Because a woman’s health is very important.

So we got in touch with Tanvi Raj, MBBS, MS (Obstetrics & Gynecology), who currently works as a specialist at Artemis Hospital, Gurgaon, to answer some of our general queries related to women’s health.

Here’s what she said:

1. Is PCOD a serious disorder? What are the long term repercussions if not treated?

PCOD stands for Polycystic Ovarian Disease and is characterized by enlargement of the ovaries with multiple small cysts around its periphery causing hormonal imbalances and deranged ovulation. PCOD is quite a common condition in young girls with serious implications in long term if left untreated. The symptoms include infrequent or delayed periods, acne, hirsuitism and obesity. If not diagnosed and treated on time, it may lead to difficulty in conceiving and high-risk pregnancy to follow. It also predisposes to various conditions in the long-term, including diabetes, hypertension, heart disease and deranged lipid profile. PCOD, if untreated for long, can also lead to endometrial and breast cancer due to persistently elevated estrogen levels.
READ ALSO:  Celebrities With Big Beautiful Boobs In Hollywood

2. What happens if we don’t take irregular periods seriously?

Regular period refers to a consistent interval between cycles which may range from 21-35 days. Irregularity occurs when the interval between periods varies often. A few irregular cycles occasionally should not be of concern. But its important to keep track of your menstrual cycles as consistently irregular cycles signal some underlying pathology. Normally, irregulars cycles may occur in early teens and later in peri-menopausal women due to anovulatory cycles. Another important cause to keep in mind is pregnancy and its related complications like abortions, ectopic pregnancy etc. Other causes which may lead to irregular cycles include: Always consider seeing a doctor if you experience consistently irregular cycles, intermenstrual bleeding, bleeding after sex or bleeding after menopause.

3. What are the long term effects of taking an i-pill on a regular basis?

I-pill or morning after pill is a method of emergency contraception to be taken after unprotected intercourse to prevent pregnancy. It is to be taken within 72 hrs of coitus and will not help if pregnancy is already established as it is not an abortion pill. It has very good efficacy with negligible side effects if used occasionally but if used as a regular method, the failure rate of preventing pregnancy is much higher than any approved contraceptive.

4. Why do we smell foul in the vaginal area?

Foul smell in the vaginal area may just be due to unhygienic habits or, more importantly, it may be an indication of vaginal infections. If it is because of an infection, the smell is usually accompanied by vaginal discharge, itching or urinary complaints. The most common infection is Bacterial Vaginosis caused by change in vaginal pH leading to a fishy odour. So, very strong soaps should be avoided for vaginal application as they change the normal acidic pH of vagina to alkaline leading to harmful bacterial growth. When associated with intense itching, Trichomonas or Candida is likely the infecting organism. Apart from infections the other causes of foul smell can be:
READ ALSO:  21 Things Gynecologists Want You To Know About Your Vagina

If both partners are comfortable, period sex is not a problem, but the centre line stays – good contraception and STI prevention throughout the cycle. For some period sex may be more pleasurable owing to changing hormonal levels, better vaginal lubrication, and some relieve in PMS and menstrual cramps. But there is slight increased risk of STIs, pelvic inflammatory disease and HIV as the cervix is more open assisting ascending infection. The altered vaginal pH can also predispose to vaginal infections like fungal infection. Use of barrier contraception like condoms is strongly recommended. As far as pregnancy is concerned, period sex is safe except for a few exceptions. When the cycles are irregular or of short-cycle length and sex is towards the end of the cycle, ovulation can overlap with menstrual cycle. Furthermore, the sperms are viable for up to 3 days and sex towards end of period may lead to pregnancy so contraception needs to be taken care of.

6. How much and what kind of vaginal discharge is considered normal?

The normal vaginal discharge may vary considerably in amount and character throughout the menstrual cycle. But the normal secretions are usually clear or white and mucoid and aren’t associated with foul smell, itching or pain. An increase in thin discharge is usually seen in mid-cycle prior to ovulation and during sexual arousal. There is also slight increase in vaginal discharge prior to, as well as, after periods.

7. Is it true that women orgasm better during periods and pregnancy?

8. Are lubricants safe to use? Will there be any itching or redness after use?

9. Why do nipples have tiny white or black dots on them sometimes?

The tiny white or black dots seen on the nipple or in the areola represent the Montgomery glands which are modified sweat glands of areola. These Montgomery tubercles are more prominent during pregnancy and are often considered a sign of early pregnancy. Their function is to produce a whitish oily secretion that acts as a lubricant as well as prevents infections, especially during breastfeeding. But such dots may be seen normally in non-pregnant state as well. The other causes that may lead to enlarged tubercles include stress, hormonal imbalance, not related to pregnancy, or blockage to the draining duct of the glands.

10. Why is sex more pleasurable for men? Is it because they can reach climax faster than women?

Both men and women enjoy sex equally. In fact, women should be enjoying it more since they have 8,000 nerve endings on the clit as opposed to 4,000 on the penis. The taboo around sex in the country is why women feel ashamed to enjoy it.

Men and women reach orgasms differently. However, most men orgasm quicker than women. With women, you need time, technique and patience. But these findings cannot be a blanket generalisation.

Did we answer your questions? If you have more questions you’d like to get answered, you can send them across to us at thedingidingi@gmail.com

And always remember, your health is important. So if you think something is amiss, don’t shy away from visiting a gynecologist.