Petitioner Withdraws Suit Against EC Boss’ Lawyer – Charlotte Osei’s suit -The lawyer for the petitioners seeking the impeachment of the Electoral Commission Chairperson, Charlotte Osei from office, has withdrawn his application over the legitimacy of lawyer Thaddeus Sory to represent both the EC and Mrs. Osei as a person.

See Also: All About Charlotte Osei’s Move to Sue EC Workers for Defamation

The petitioner had earlier argued that Thaddeus Sory should not be allowed to represent Charlotte Osei.

However, the lawyer for the petitioner, Julius Opoku Agyei, now says the withdrawal has become necessary because their client Maxwell Opoku Agyemang has caused another lawyer to enter an appearance on his behalf in the same matter in a different court.

In his ruling, Justice Ackaah-Boafo said he is minded to grant the application because there was no rule that stops him from doing same. The application was granted.

The court then awarded Mr. Sory a cost of GHC4000 instead of the GHC50,000 he was asking for following the withdrawal of the case.

EC Chairperson Charlotte Osei decided to make a move against some aggrieved employees of the Commission petitioning for her impeachment, following their ‘defamatory’ allegations.

Among other things, Ms. Osei was accused by the agitators, of abrogating an existing contract with Super Tech Ltd. (STL), unilaterally renegotiating and re-awarding the contract at a new sum of $21,999,592 without serious regard to the tender processes.

The EC boss sued the lawyer of the so-called staff of the Electoral Commission who are seeking her removal from office by the President.

Among other reliefs, Madam Osei asked the court to restrain Maxwell Opoku Agyemang from making comments which will further dent her reputation.

She sought a declaration that the statements that Plaintiff is “managerially and administratively inept” because Plaintiff has no respect for the organizational structure of the Electoral Commission, has “unilaterally transferred District Electoral Officers perceived to be pro-NPP”.

But Mr Opoku-Agyemang in a countersuit asked the court to strike out the case against him.

The motion on notice, which was filed on behalf of Mr Opoku-Agyemang by his lawyer Julius Opoku Adjei, was to be moved Monday, October 9, 2017, but the lawyer has now withdrawn the countersuit.

He told the court that his client has ordered him to withdraw the suit because he has tasked another lawyer to take over, hence his inability to continue. 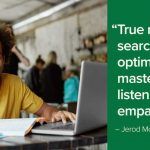 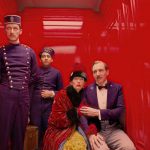