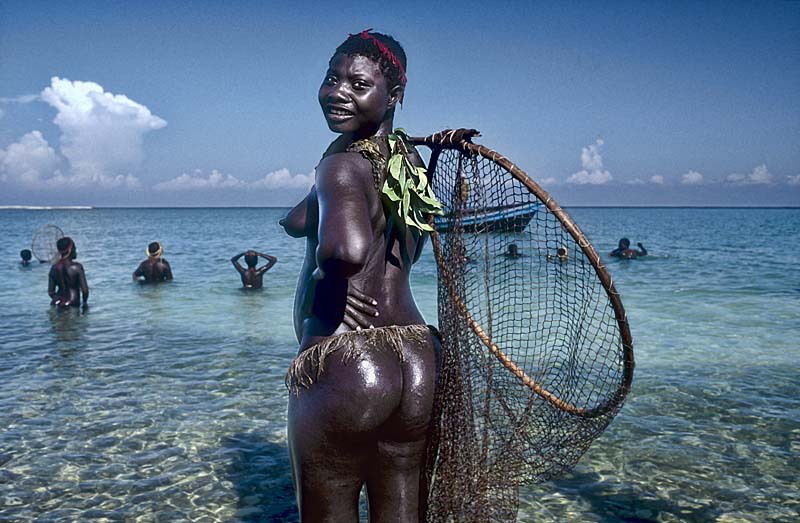 <![CDATA[<strong>Sentinelese – The most isolated tribe in the world virtually untouched by modern civilization – Either you’ll kill them or they’ll kill you. The Sentinelese (also Sentineli, Senteneli,Sentenelese, North Sentinel Islanders) are one of the Andamanese indigenous peoples and one of the most uncontacted peoples of the Andaman Islands, located in India in the Bay of Bengal. They inhabit North Sentinel Island which lies westward off the southern tip of the Great Andaman archipelago. They are noted for vigorously resisting attempts at contact by outsiders. The Sentinelese maintain an essentially hunter-gatherer society subsisting through hunting, fishing, and collecting wild plants; there is no evidence of either agricultural practices or methods of producing fire. Their language remains unclassified.

The present population of the Sentinelese is not known with any great degree of accuracy. Estimates have been produced ranging from lower than 40, through a median of around 250, and up to a maximum of 500. In the year 2001, the Census of India officials recorded 39 individuals (21 males and 18 females); however, out of necessity this survey was conducted from a distance and almost certainly does not represent an accurate figure for the population who range over the 72 km2 (17,800 acres) island. Any medium- or long-term impact on the Sentinelese population arising from the 2004 Indian Ocean earthquake and resulting tsunami remains unknown, other than the confirmation obtained that they had survived the immediate aftermath. On previous visits, groups of some 20–40 individuals were encountered regularly. Habitations of 40–60 individuals were found on two occasions. As some individuals are almost certainly hiding, a better approximation of group size cannot be determined. This would suggest that some 2–6 groups occupy the island. The rule of thumb population density of 1.5 km2 (370 acres)/individuals in comparable hunter-gatherer societies indicates that one such group could live off the land alone. A significant amount of food is derived from the sea. It seems that the groups encountered, at any one time, could only have come from a rather small part of the island. There appear to be slightly more males than females. At any given time, about half of the couples seemed to have dependent children or the women were pregnant.

READ ALSO:  My sugar mummy has 10 sex sessions with me daily, stocks my sperm for sale – Teenager reveals
North Sentinel Island The Sentinelese and other indigenous Andamanese peoples are frequently described as negritos, a term which has been applied to various widely separated peoples in Southeast Asia, such as the Semang of the Malay archipelago and the Aeta of the Philippines, as well as to other peoples as far afield as Australia (notably former populations of Tasmania). The defining characteristics of these “negrito” peoples (who are not a monophyletic group) include a comparatively short stature, dark skin and “peppercorn” hair, qualities also found commonly across the continent of Africa. No close contacts have been established, but the author Heinrich Harrer described one man as being 1.6 m (5′ 4″) tall and apparently left handed. Negrito people of the Andaman Islands

From 1967 onwards, the Indian authorities in Port Blair embarked on a limited programme of attempts at contacting the Sentinelese, under the management of the Director of Tribal Welfare and anthropologist T. N. Pandit. These “Contact Expeditions” consisted of a series of planned visits which would progressively leave “gifts”, such as coconuts, on the shores, in an attempt to coax the Sentinelese from their hostile reception of outsiders. For a while, these seemed to have some limited success; however, the programme was discontinued in the late 1990s following a series of hostile encounters resulting in several deaths. In 2006, Sentinelese archers killed two fishermen who were fishing illegally within range of the island. The archers later drove off, with a hail of arrows, the helicopter that was sent to retrieve the bodies.  To this date, the bodies remain unrecovered, although the downdraught from the helicopter’s rotors at the time exposed the two fishermen’s corpses, which had been buried in shallow graves by the Sentinelese. On 2 August 1981, the ship Primrose grounded on the North Sentinel Island reef. A few days later, crewmen on the immobile vessel observed that small black men were carrying spears and arrows and building boats on the beach. The captain of the Primrose radioed for an urgent airdrop of firearms so the crew could defend themselves, but did not receive them. Heavy seas kept the islanders away from the ship. After a week, the crew were rescued by a helicopter working under contract to the Indian Oil And Natural Gas Commission (ONGC). The Sentinelese apparently survived the 2004 Indian Ocean earthquake and its after-effects, including the tsunami and the uplifting of the island. Three days after the event, an Indian government helicopter observed several of them, who shot arrows and threw stones at the hovering aircraft with the apparent intent of repelling it. Although the fishing grounds of the Sentinelese were disturbed, they appear to have adapted to the island’s current conditions.
READ ALSO:  10 Most Beautiful Mosques in the World
Amazing that in 2013 there is still a tribe that has had virtually no contact with the outside world.  To resist contact in such a vigilant way.  Reminds me of the scene from Mutiny On The Bounty with Anthony Hopkins.]]>
Get More Customers and Grow Your Business. Advertise Your Business for Free on Ghana Businesss 🙂