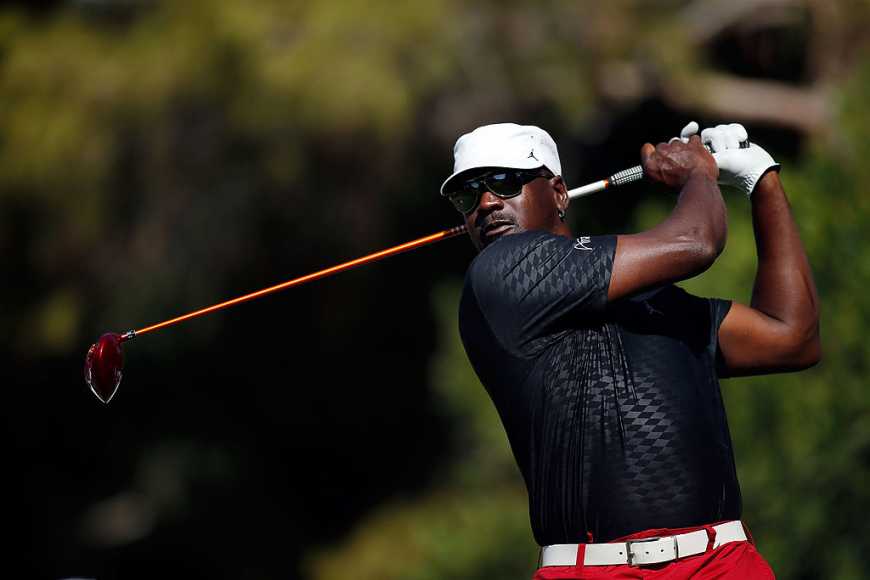 The 10 Richest African American Billionaires in the World. There’s something about money that fascinates us. The thought of having millions of dollars is hard enough to comprehend, mostly because it is more than most of us average Joes have or can fathom. But the thought of someone being a billionaire is a concept that is practically incomprehensible.

The 10 Richest African American Billionaires in the World

Other billionaires may have achieved their wealth from an inheritance, while others may have taken a gamble on an investment, or made it big in Hollywood. Most, however, seem to have attained this degree of wealth due to their role in a business or corporation. You may know some of the current billionaires globally. But do you know who the richest African American billionaires are?

Well, keep reading because here is a list of the 10 richest African American billionaires in the world.

Mohammed Ibrahim heirs from Sudan but now resides in the UK. He is the founder of one of the first mobile phone companies, Celtel International, that served Africa and parts of the Middle East. He eventually sold it to the mobile communications’ company in Kuwait in 2005, for $3.4 billion, of which $1.4 billion, Ibrahim kept for himself. Since his mobile communications deal, Ibrahim has turned his focus on fighting corruption in Africa, which he has done through the foundation his daughter Hadeel directs, the Mo Ibrahim foundation. Ibrahim is also the majority owner of the assets in Satya Capital, an investment firm that invests in African businesses. He has a net worth of $1.1 billion, putting him on the list of one of the richest African American billionaires.

Everyone knows the name, Michael Jordan. Whether you are a fan of the NBA or not, it’s hard not to know the name, whether you recognize it from following pro basketball, own a pair his athletic shoes, or have seen him in a movie or commercials. There’s no doubt the guy’s got game. Jordan took his incredible talent all the way to the top, then ventured out and turned his talent towards business ventures, acting and other side industries. Jordan is one of the wealthiest African Americans in the world having a net worth of $1.2 billion.

Folorunsho Alakija gained her wealth through the oil industry, which she got into as a result of originally owning a fashion label that was focused on Nigeria’s leading ladies, which happened to include the former military president, Ibrahim Babangida’s wife. President Babangida presented ALakija with an oil prospecting license, which she used to begin her venture in oil exploration. Today, Alakaina owns 60% in block OML, 127, a portion of the Agbami field, which is Nigeria’s largest deepwater discoveries for the oil industry. Forbes recognized Alakija as the richest woman in Nigeria with a net worth of $2.5 billion.

Robert Smith is more of a techy, kind of guy, in that he mostly deals with developers of software that is used to keep businesses up and running. The companies he works with span over a variety of industries, from cybersecurity to insurance, as well as advertising. He is the founder, chairman and Chief Executive Officer of Vista Equity Partners, an Austin, Texas private equity firm and was listed in the Forbes Fortune 400 as one of the wealthiest Americans. Not only that, but he is one of the richest African-American billionaires in the world. Whether his love of boring techy stuff is considered geeky or not, $2.5 billion is nothing to make fun of.

The first African to attain the billionaire status was Patrice Motsepe who is currently worth $2.7 billion dollars today. He owns African Rainbow Minerals and is a South African mining magnate; he owns and oversees the operation of many mines, some of which were on the brink of closure. He took over them and turned them into high-productivity mines. His entrepreneurship started at a young age when he began selling liquor to miners in his fathers’ shop. Motsepe is also a philanthropist. He is not only the first to sign Bill Gate’s Giving Pledge, but he founded the Motsepe Foundation with his wife in 1999, a foundation that is dedicated to helping an array of people, from the disabled, to the unemployed, and children so that they may better their lives. It also supports education and helps to create new jobs.

The Queen of talk is one of the most popular talk show hosts to ever hit TV. She may be one of the wealthiest African American billionaires in the world today, but she didn’t always have money. As a matter-of-fact, her life began as one as a poverty stricken story where she struggled to get to where she is today, and now, she is a household name that one recognizes as being one of the most compassionate people and biggest hearts when it comes to helping others, whether it’s through enriching their lives by means of therapeutic help with helping them to tell their stories on her once famous, Oprah show that aired for 25 seasons, or giving them financial aid, or other gifts to give them a hand-up. Today, she has a worth of #3.2 billion dollars.

READ ALSO:  Top 10 Most Beautiful Women in the World 2018-That Drive Men Crazy

Angola’s longtime president’s oldest daughter, Isabel Dos Santos, is quite the business woman and head of many companies and is a 6% shareholder to the gas firm Galp Energia, as well as a 19% shareholder of banco BPI, the fourth-largest bank in the country. She holds the controlling share of the Portuguese cable TV and telecom firm, Nos SGPS, among other business interests. She is very much an independent business woman, although it h as been said that her father has helped her reach her success in ways, such as the transfer of public assets into her name. No matter if he did or didn’t, it has been well established that she is quite a savvy business woman and her business know-how has given her a $4.0 billion dollar worth today, making her one of the wealthiest African American billionaires in the world.

Mike Adenuga is Nigerian, but got his start in the US, where he graduated from Pace University in New York with his MBA. He worked as a taxi driver to support himself before he returned to his home country of Nigeria and began trading Coca-Cola and lace. In the process of creating his trading business, he met top Nigerian military men that presented him with profitable state contracts, the ones that would form the foundation for which he built his wealth. Adenuga really began to see the big bucks and earn his wealth in the telecom and the oil business. Globacom, of which he owns, is the second largest telecom company in Nigeria and currently has approximately 36 million subscribers. His oil exploration company, Conoil Producing, has 6 operating oil blocks located in the Niger Delta. Beyond these business ventures, Adenuga is also in real estate and owns hundreds of properties all throughout Nigeria.

Mohammad Al Amoudi heirs from both Saudi and Ethiopia. His father is of Saudi descent, while his mother’s lineage is Ethiopian. Amoudi’s wealth was accumulated through a variety of fields, including, construction, agriculture and energy companies that span from Sweden, to Saudi and Ethiopia, his two countries of heritage. His original fortune stems from his role in construction in Saudi, though its his oil refinery, Preem, that is one of his most valuable resources. It is located in Sweden and is said to be the largest in the country. His agricultural company has cultivated thousands of acres for a vast variety of crops and commodities in Ethiopia and abroad. He has a net worth of $12.6 billion, putting him at the top of the list.

The richest African American billionaire in the world is Aliko Dangote, with a net worth of $15.7 billion dollars. How did he obtain such a wealth? Dangote started out working for his uncle and served him well. He paid attention to the motto: If you must lead, you must serve. Dangote has definitely been an example of leadership in his life and went on to make a fortune in sugar, cement and flour. He made his first fortune when he began trading commodities wit a loan that he received from a influential uncle. Although his net worth tumbled a bit in the early part of 2014 due to a weaker Nigerian currency, which lead to a decrease in the demand and sales of cement, sinking from $25 billion, he still retains the position of the richest African American billionaire globally.

Millionaires, billionaires, and anyone with a staggering amount of money, all have their stories of how they obtained their wealth, and they all have stories and advice for those who are looking for answers on how they too, can attain the kind of wealth these ten people have. I would venture to say that I bet at the top of any one of these billionaire’s list are: determination and hard work.