A school can only be as good as its reputation. Here are the top 10 best universities
in America based on reputation as determined by Times Higher Education.

Its complete name is the Columbia University in the City of New York. It is part of
the prestigious Ivy League and is the oldest private learning institute in New York.
It is also the fifth oldest university in the entire country and one of the nine original
Colonial Colleges. This private research university was founded in 1754 as King’s
College after it was granted a Royal Charter by King George II of Great Britain. It
was renamed Columbia College in 1784 and got its current charter in 1787. In 1896,
it was renamed to Columbia University. It has global centers in Beijing, Istanbul,
Paris, Mumbai, Nairobi, Santiago, Rio de Janeiro and Amman. It also has joint
programs with the Jewish Theological Seminary and Juilliard School.

The California Institute of Technology is a private research university based in
Pasadena. It was established in 1891 as the Throop University after its founder
Amos G. Throop. It started out as a vocational school and also used the names
Throop Polytechnic Institute and Manual Training School and Throop College of
Technology. It became the California Institute of Technology in 1920. It is small
compared to other schools, but it boasts of 31 faculty members and alumni who
have won the Nobel Prize and 66 who have won the National Medal for Science and
Technology. It manages the Jet Propulsion Laboratory of NASA.

Yale University is a private research university based in New Haven in Connecticut.
It was established in 1701, making it the third oldest institution of higher learning
in the United States. It was originally known as the Collegiate School with the
original intention of training clergy and political leaders. In 1718, it was renamed
Yale College after receiving a substantial gift from Elihu Yale; then a governor of the
British East India Company. Its Graduate School of Arts and Sciences was the first
one to award a PhD. It has produced 49 Nobel laureates, five Presidents and 19
Supreme Court justices.

The University of California, Los Angeles is a public research university based in
Westwood in Los Angeles. It is considered as one of the two flagship campuses of
the University of California system, along with the one in Berkeley. It is the second
oldest of the ten campuses in the system. It has 15 Nobel Prize awardees. It is
considered to be the largest university in California in terms of enrollment and the
most popular university in the United States in terms of number of applicants. It also
has the most successful athletic program in the country, with a record 125 national
championships, including 108 team titles.

Princeton University is a private research university based in New Jersey. It is
one of the members of the prestigious Ivy League and one of the nine Colonial
Colleges. It was established in 1746 as the College of New Jersey in Elizabeth. It
moved to Newark in 1747 and to Princeton in 1756. It was renamed to Princeton
University in 1896. It has produced 35 Nobel Prize awardees, 17 National Medal of
Science winners and three National Humanities Medal recipients. It has the largest
endowment of any university in the world on a per-student basis.

Stanford University is actually the Leland Stanford Junior University. It is a private
research university based in California. It is one of the most prestigious universities
in the world with a 5.7 percent selection rate, making it stricter than Harvard, Yale
and Princeton. It was founded in 1891 by railroad tycoon and California politician
Leland Stanford, who named the school after his son, Leland Junior. The younger
Stanford had died of typhoid just before he turned 16 years old. It hosted one of the
four original nodes of the ARPANET, the precursor of the Internet. The school has
produced 54 Nobel laureates. It also boasts of the most number of recipients of the
Turing Award, considered as the Nobel of Computer Science.

The University of California, Berkeley is a public research university based in
Berkeley. It is considered as one of the most prestigious universities in the world.
It was established in 1868 after the merger of the College of California and the
Agricultural, Mining and Mechanical Arts College. It boasts of 71 Nobel Prize
winners. It is tasked with the management of three national laboratories for the
Department of Energy.

The Massachusetts Institute of Technology is a private research university based
in Cambridge in Massachusetts. It was established in 1861 and it emphasized
laboratory instruction by using the polytechnic model. In the 1930?s, it began to re-
emphasize scientific research. It has produced 78 Nobel laureates and 52 National
Medal of Science recipients. The school encourages a strong entrepreneurial
culture.

Harvard University is a private research university based in Cambridge. It was
established in 1636, making it the oldest university in the United States. It was
originally known as New College and the College at New Towne, before it used
the name Harvard College in 1639. It was named after John Harvard, a graduate
of the University of Cambridge in England. He gave the school his library and half
his estate. It has the largest financial endowment in the world with $32 billion. It has
produced 75 Nobel Prize award winners and eight Presidents. 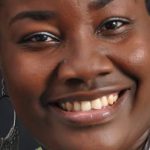